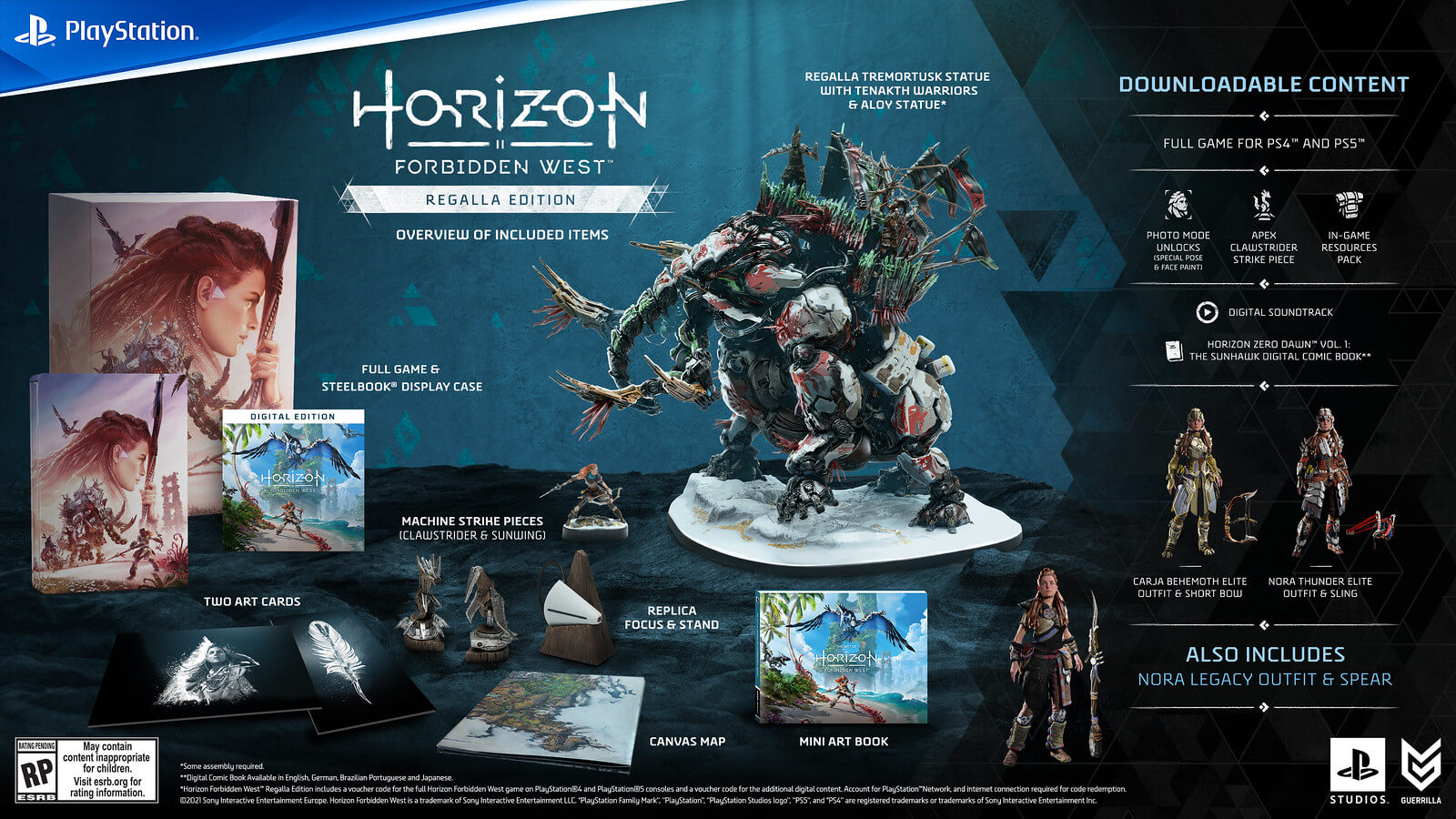 Horizon Forbidden West’s pre-order sets have been announced on PlayStation.Blog.

The sequel to Horizon Zero Dawn will have a total of five different pre-order editions, ranging from just the game to editions more for avid collectors. The standard edition is just the game, while the Special Edition and Digital Deluxe Editions are the first level of upgrades. The former comes with a steelbook for the physical edition and a mini artbook. The Digital Deluxe Edition contains a digital copy of the game as well as some DLC like special weapons and cosmetics. 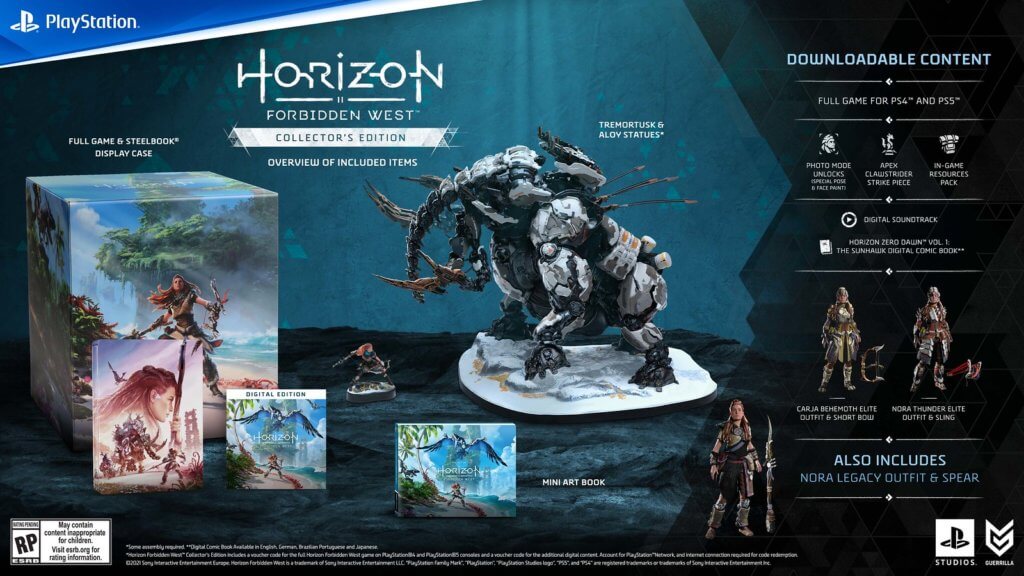 The Collector’s Edition comes with all the above, as well as a display case and custom sculpted Tremortusk and Aloy Statue.

Finally, the Regalia Edition comes with a few more physical items, including art cards, canvas map, Replica Focus, and more. All physical editions – Special, Collector’s, and Regalia – will be limited in quantity.

This could be one of many signs that PlayStation is slowly moving away from the PlayStation 4 and cross-platform gaming. While PlayStation was never really that committed to playing across generation – Xbox, for example, has Smart Delivery and Xbox Game Pass – the recent spate of decisions from PlayStation does seem to indicate that PlayStation 4 compatibility may be coming to an end.