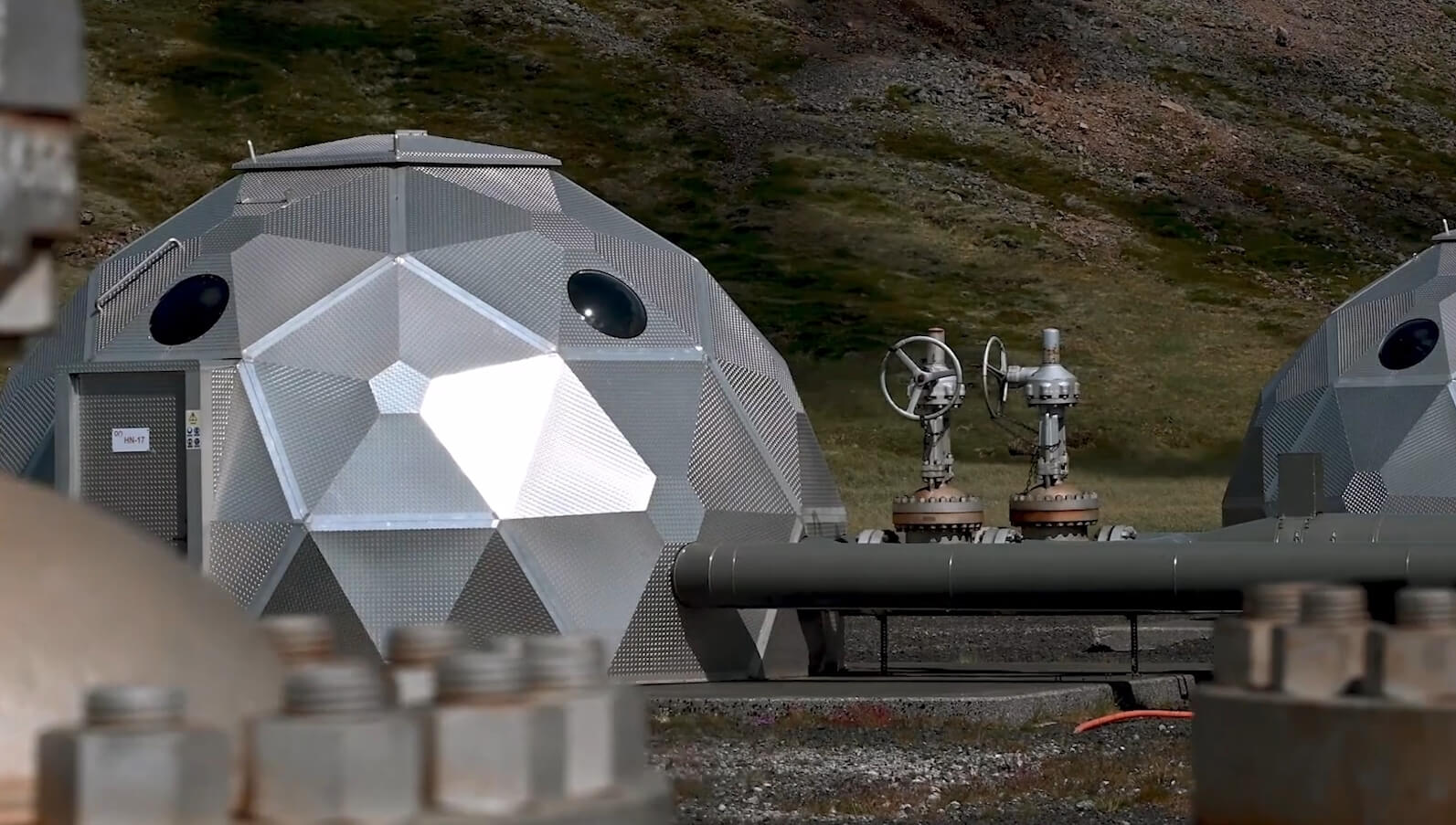 Reykjavik-based company Carbfix is using an innovative method to fight against climate change, capturing carbon dioxide in order to dissolve it into the water, which is then injected into the soil. A paper on the project was published in Science magazine under the title “The CarbFix Pilot Project–Storing carbon dioxide in basalt”, with it presenting concrete results which prove that it “is possible to permanently store carbon dioxide as minerals in basaltic rocks and that over 95% of CO2 injected is mineralized within two years, instead of centuries or millennia as previously thought. ”

“Up to now, pilot CO2 storage projects and commercial operations have focused on the injection and storage of anthropogenic CO2 as a supercritical phase in depleted oil and gas reservoirs or deep saline aquifers with limited potential for CO2 mineralization, “ the paper explains. “The CarbFix Pilot Project will test the feasibility of in situ mineral carbonation in basaltic rocks as a way to permanently and safely store CO2.“

Shortly put, the startup injects the dissolved CO2 into the soil where after only two years it turns into stone. This technology used by Carbfix has two possible ways of gathering the country’s carbon dioxide emissions. The first one works by trapping the gas from the factory smokestacks before it can escape into the atmosphere and is referred to as “carbon capture,” while the other alternative, which also happens to be a more difficult one, withdraws the carbon dioxide straight from the air and goes by the name of “carbon removal”.

“This is a technology that can be scaled—it’s cheap and economic and environmentally friendly,” Carbfix Chief Executive Officer Edda Sif Pind Aradottir said in an interview. “Basically we are just doing what nature has been doing for millions of years, so we are helping nature help itself.”

The EU has several ambitious policies and long-term plans to have the upper hand in the fight against climate change.

Two such plans involve cutting emissions by at least 55% by 2030 and become the world’s first climate-neutral continent by 2050. This is where the European Green Deal comes into play. An action plan meant “to make the EU’s economy sustainable”, it aims to do so “by turning climate and environmental challenges into opportunities, and making the transition just and inclusive for all.”

Big names like Elon Musk and Bill Gates are also behind many investments in companies that are making difference in this sense and finding solutions for the effects of global warming.

One such company is the Swiss Climeworks that specializes in carbon dioxide air capture technology. In 2017 Climeworks’ direct air capture (DAC) module was installed at the Hellisheiði Geothermal Power Station in Iceland, turning it into the first system that captures CO2 from ambient air and achieves negative carbon emissions by converting them into rock.

The future has a price tag

Climeworks’ DAC option is much more expensive, with interested people being able to buy offsets at prices that exceed $1.200 a tonne. Fortunately, Bulk buyers can get them cheaper. “I bought out their capacity and I got volume discount,” Gates said in an interview last month. “I think that may be at $600 [a tonne].”

According to the Environment Agency of Iceland, heavy industry is guilty of producing 48% of the country’s carbon dioxide emissions and that without including greenhouse gases from land use and forestry.

This is is an incentive as strong as any other for the country to try and cut greenhouse gas emissions by 40% by 2030 as established under the Paris Agreement, with an even more ambitious plan of achieving carbon neutrality before 2040.