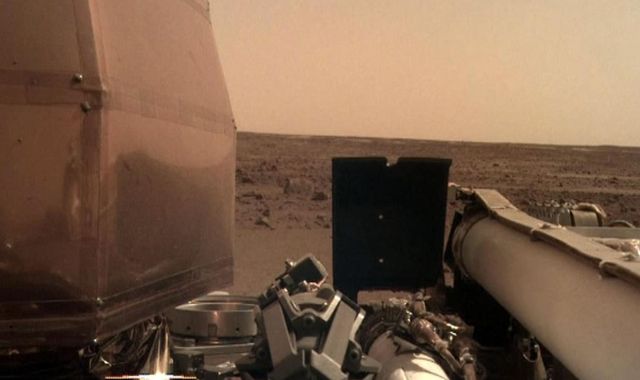 NASA has successfully landed the InSight lander on Mars yesterday, after a seven-minute plunge to the surface of the planet, on a plain called Elysium Planitia, which is close to the planet’s equator. Jokingly, NASA had called it the “biggest parking lot on Mars“.

The InSight spacecraft traveled for seven months to reach Mars and only had a six-minute window that allowed it to land and deccelerate from under 13,000mph to just 5mph and land itself autonomously.

During the landing it had to withstand temperatures of up to 2,700F before finally deploying the parachute and the 12 retr0-rockets which helped it touch down on the Elysium plain.

The first picture the spacecraft sent was a blurry photo of the InSight’s dust-filled lens cover beyond which we can only guess the Martian horizon. 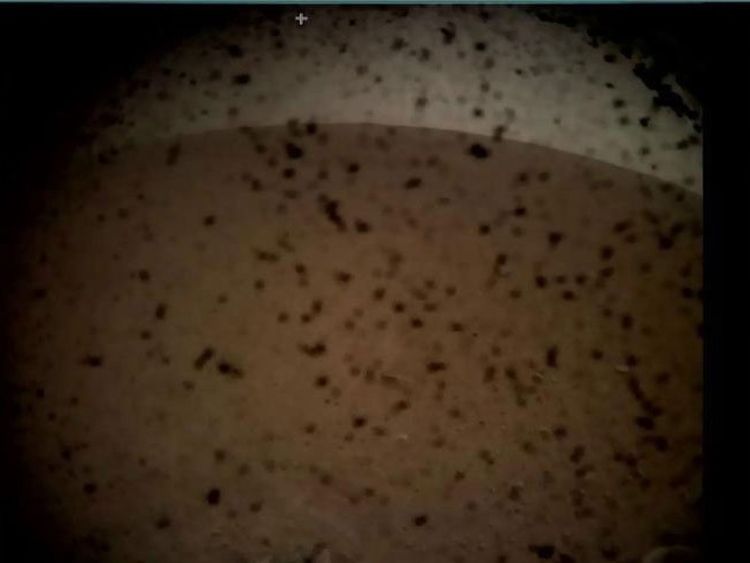 Subsequently, after the dust from the landing had settled, InSight took a selfie by using the camera on its robotic arm, which you can see below.

Mission control back on earth erupted in applause – and some happy dances – when InSight landed but its journey has only just begun. 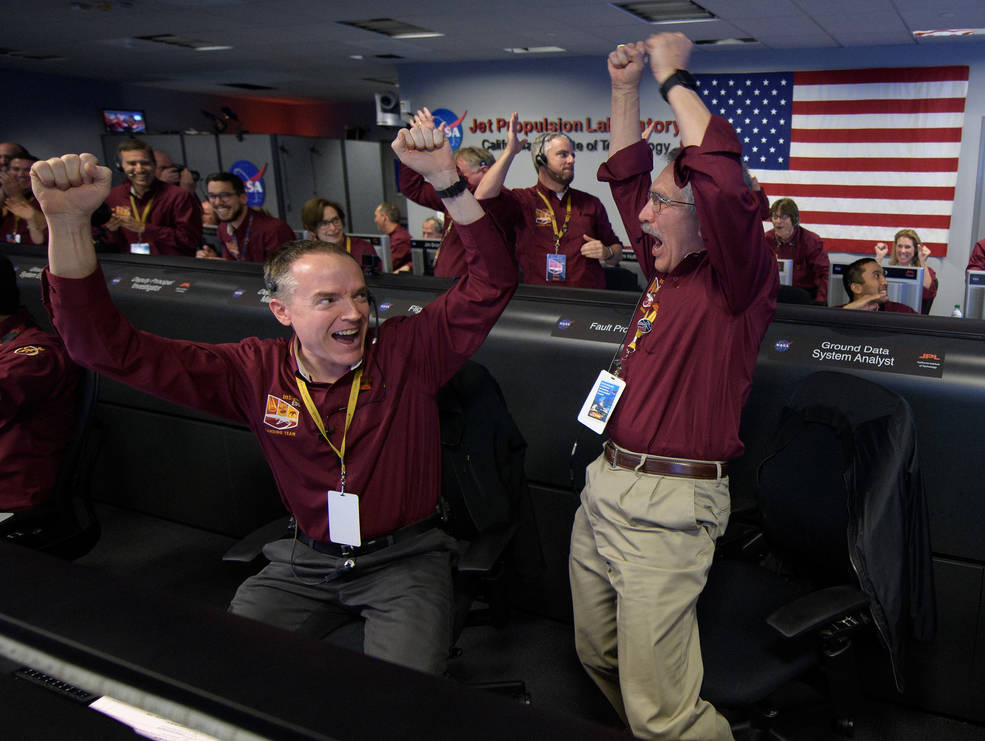 It has already deployed its two solar arrays which will provide it with the power it needs to get to work and it will begin collecting data as early as this week. In these first few days, InSight will be using its 5.9-foot robotic arm to take photos of the Martian landscape.

After more data will be collected, the lander will deploy a seismometer as well as a heat probe and will probably have to wait until it will record any seismic activity.

The InSight will be operating on the planet over the course of a Martian year, plus 40 Martian days, until November 24th, 2020.