If Apple designed a printer, how would it look like? The guys from Artefactgroup have an idea – SWYP (See What You Print). The interactive printer concept is so simple and the design so minimalist, you wished you could cast some magic spell and make it a reality! #objectmagic

Before playing with structures and functions, the team knew what customer need this printer was going to fulfill: “The issue with printers is not that we lack the necessary technology, but rather that the core design and usability issues have not been fully addressed.” So, something so user-friendly, a kid could understand it right away.

SWYP became a box with a large,  1:1 scale touch-screen, where the user could choose the photos he wanted to print, edit them on the spot and choose the type of printing paper he wanted to use. In the editing section, he would manipulate, crop, rotate and more, while the ink icon would show him ink levels and paper quality, as well as navigation commands. 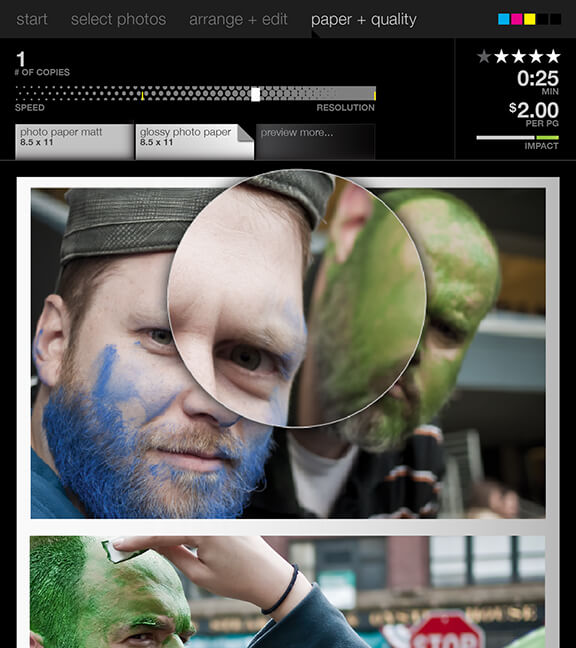 The paper tray serves multiple purposes – upon opening, it turns on the printer and has a support for papers. Closing it turns off the device.

SWYP could import files from mobile phones, cameras and Social Media platforms such as Flickr and Facebook.

Convenient, simple and sleek – we really hope to see it on the market in the near future.