INTERVIEW: The Ring That is More than An Accessory - It's A Payment Card 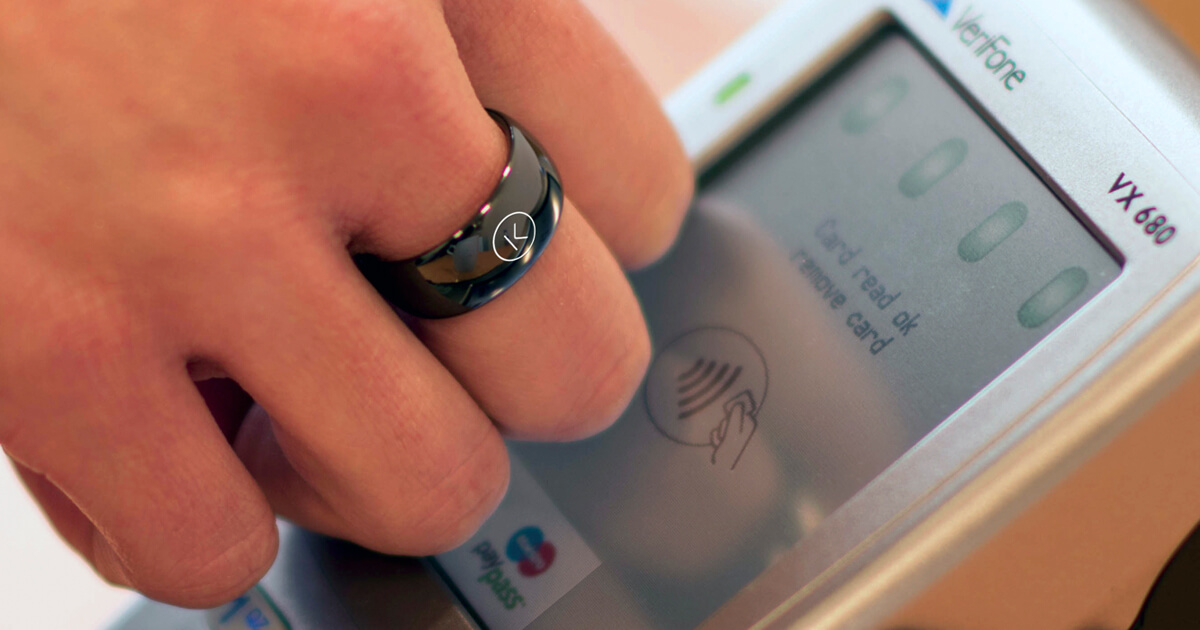 Our world is moving fast, ever faster. We buy things and make payments faster than ever before and e-commerce has seen a boom in the past few years that doesn’t look like it’s going to decline anytime soon.

We’ve gone from travel tickets validated by humans, to ones stamped by machines, to QR codes that can now be scanned in a process that takes mere seconds.

The way we pay for things is constantly changing so evolving from contactless cards to something even more convenient was just a matter of time.

We’ve seen the emergence of microchip implants in quite a few places in the world but soon, we could use an extremely common item to pay for our daily expenses like coffee, food or travel – our jewelry.

Think about it: you don’t have to dig deep into your bag or backpack for your wallet or worry about having too many things to carry when you go for a night out. All you have to do is swipe your jewelry and stay hassle-free.

That’s how the K Ring came to be, a product that was formerly known as the Kerv Ring, the brainchild of K Wearables.

The ring prides itself with being the world’s first Mastercard contactless payment ring.

K Ring looks like any other ring out there at first glance but it’s made out of zirconia ceramic, which is a hard and scratch resistant material. According to K Wearables, the ring puts up better with scratches than even titanium jewelry.

However, it’s worth mentioning that it can still be damaged if you drop it on a hard surface or if it’s being crushed. The inner band is made out of a hard inert resin that seals it completely, which means you don’t have to worry about it if you get caught in the rain or have to wash some plates in the sink.

I had a bit of a talk with Dean Leybourn, creative director for the K Ring, about the product itself and K Wearables.

This interview has been slightly edited for clarity.

To begin with, could you tell us a few words about yourself and how your company came to be?

K Wearables founder Phil Campbell and me were working together at the digital marketing agency established by Phil, back when there were only about six websites on the Internet. In 2007, the agency focused on the marketing of financial services and prepaid card products, giving us a deep and broad understanding of the industry, along with invaluable contacts and connections.

How did the idea of the K Ring spring to life and how did you manage to go from idea to execution?

In early 2014, when contactless had started to become more accepted, Dean was certain something more exciting could be done with the technology, so we started building the first K Ring prototypes. Once proof of concept had been established, he looked beyond the function – to fashion. And he got stuck into the detail of designing a piece of wearable tech that didn’t look like a piece of wearable tech.

There were many prototypes but once the product design had been optimised, the ring was independently tested by a Mastercard-approved lab, which led to it receiving Mastercard’s Letter of Approval. That was a major hurdle to overcome: not only did the product look amazing and feel fantastic (to both wear and use), it had been certified as compatible with the global standards of EMVco (the industry body behind card payments).

Much of this development (including the extensive back end development and payments integration, led by Phil) was funded by the directors and a successful Kickstarter campaign. At this point, the agency began to reduce its client workload and focus on bringing the world’s first payment ring to market (which it did, in March 2017) and effectively morphed into the company as we know it today.

Why did you decide on a ring, as opposed to a bracelet, for example, or any other type of accessory?

Barclaycard had just launched its contactless bPay wristband, so there was little point (or challenge) in copying that. Although it worked very well, the bPay band didn’t look like something one would choose to wear and the user experience was far from ideal: you had to twist your wrist and place it flat against the terminal to make a payment, which felt very unnatural.

The further from your fingertips a contactless device sits, the harder it is to use – that’s the general rule with wearables that directly interact with your environment. It simply had to be a ring for the optimal user-experience – and we weren’t interested in providing anything less than that.

What were the biggest challenges you had to face in creating the K Ring?

Physics and paperwork. In that order.

To begin with, physics didn’t seem to want to let us create an NFC antenna that was both small enough to sit inside a ring and perform to EMVco’s stringent industry standards – which is probably why nobody had managed it before we did. But we were like a dog with a particularly tasty bone, so after a lot of trial and error – and even more lateral thinking – we finally got there.

As far as the paperwork goes, there’s a lot of it about when starting a payments company. Integrating with Mastercard, payment processors, banks, issuers, suppliers and all the other third parties required to make K Ring work is a complex endeavor, and not just from a technical perspective.

How does it work and just how secure is it?

K Ring works in exactly the same way as a contactless payment card, in that it draws power from a contactless card terminal, which operates the ring’s chip and allows it to exchange data with the terminal. This means K Ring can also be used on a pay-per-journey basis on certain public transport networks, such as TfL.

K Ring is linked to a virtual prepaid Mastercard, from which funds are drawn. Unless, by using the same process as Apple Pay, it’s directly linked to a bank card, but this functionality is currently only available to ABN AMRO customers in the Netherlands.

K Ring benefits from all of Mastercard’s native security features and your hand must first make the Transmission Ready gesture within 4cm of the terminal, so it’s impossible to make an unintended transaction. For extra peace of mind, you can easily switch your ring off and on any time you like and set up SMS balance alerts from your account.

Is it available only in the UK or can it be purchased internationally as well?

K Ring is currently available in the UK and all other countries within the EEA.

What are the plans for the future of the K Ring? Any other upcoming projects you can share?

What are your thoughts on using a wearable to make payments? If the idea piqued your interest, stay tuned for a thorough TechTheLead review soon.