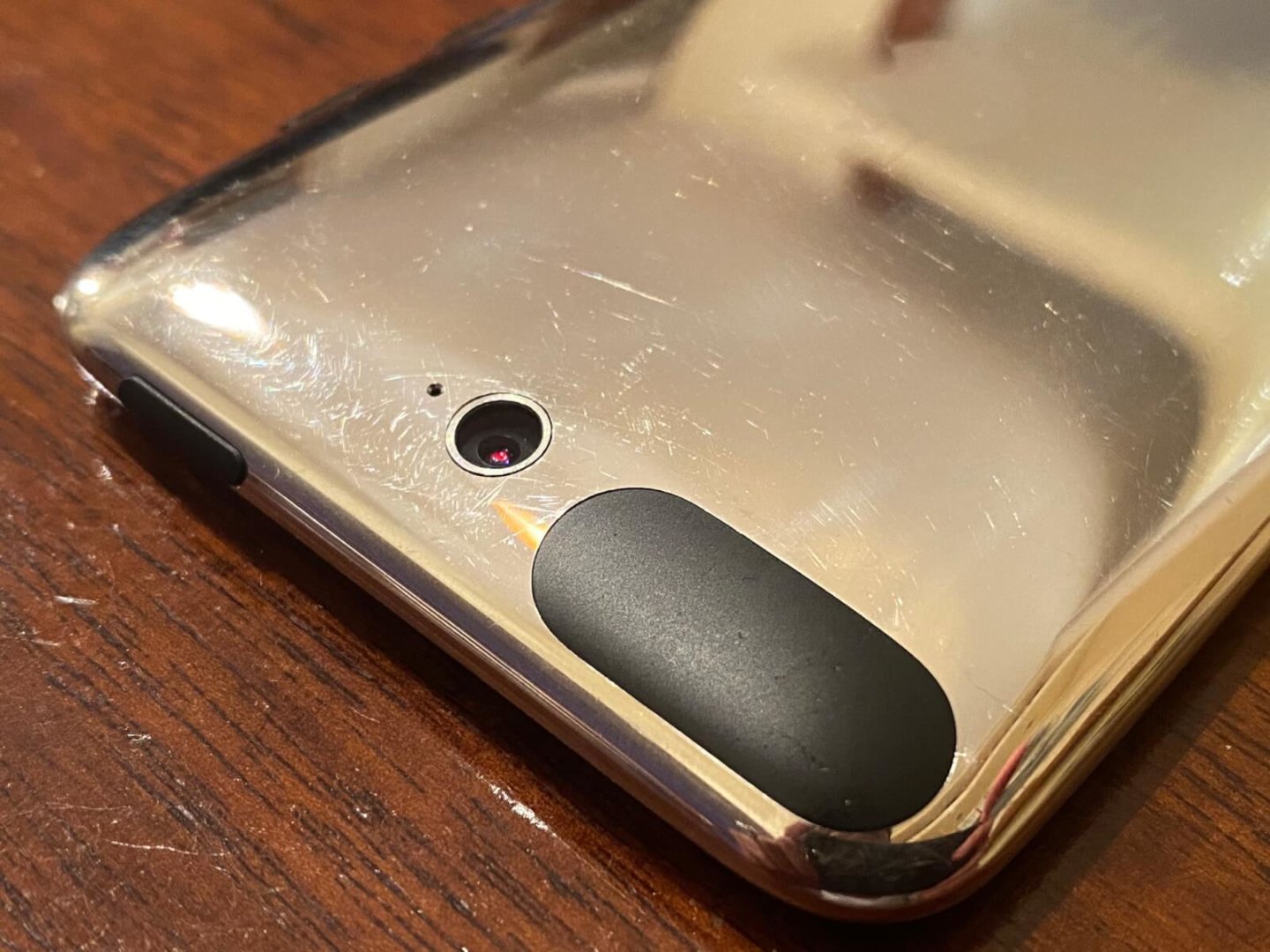 A Twitter user by the name of Giulio Zompetti posted recently one of his most prized possessions. An iPod Touch 3 prototype with a rear centered camera, an early prototype model.

These type of units are extremely rare and the company that produces them makes a point of destroying any of the working ones that are still in existence. Rare early models like this one show that the engineers tinkered with more than one idea at the time and that the plan for the iPod Touch 3 was not “obvious” from the first stages.

The oddity here is the placement of the rear camera. By centering it, it breaks the design flow of the device. Maybe this is why Apple doesn’t want to center place cameras on the back.

Looking at the pictures, and not knowing what it is, you may think it’s a cheap knock-off. Put one small hole on the rear of the device and the whole player goes for a trip to cheap-town.

Even looking like that, the prototype is a hot collector’s item right now. Devices like this go for a pretty penny if you know how to look for them. From time to time, some of them show up on eBay, some of them on other auction sites. Even flea markets are a good place to start looking for one.

Prototype models like this rear-centered camera iPod Touch 3 may turn out to be the only ones in existence. Usually, a manufacturer only makes one, maybe two of these devices. To get your hands on them, as an end-user, can be a dream come true.