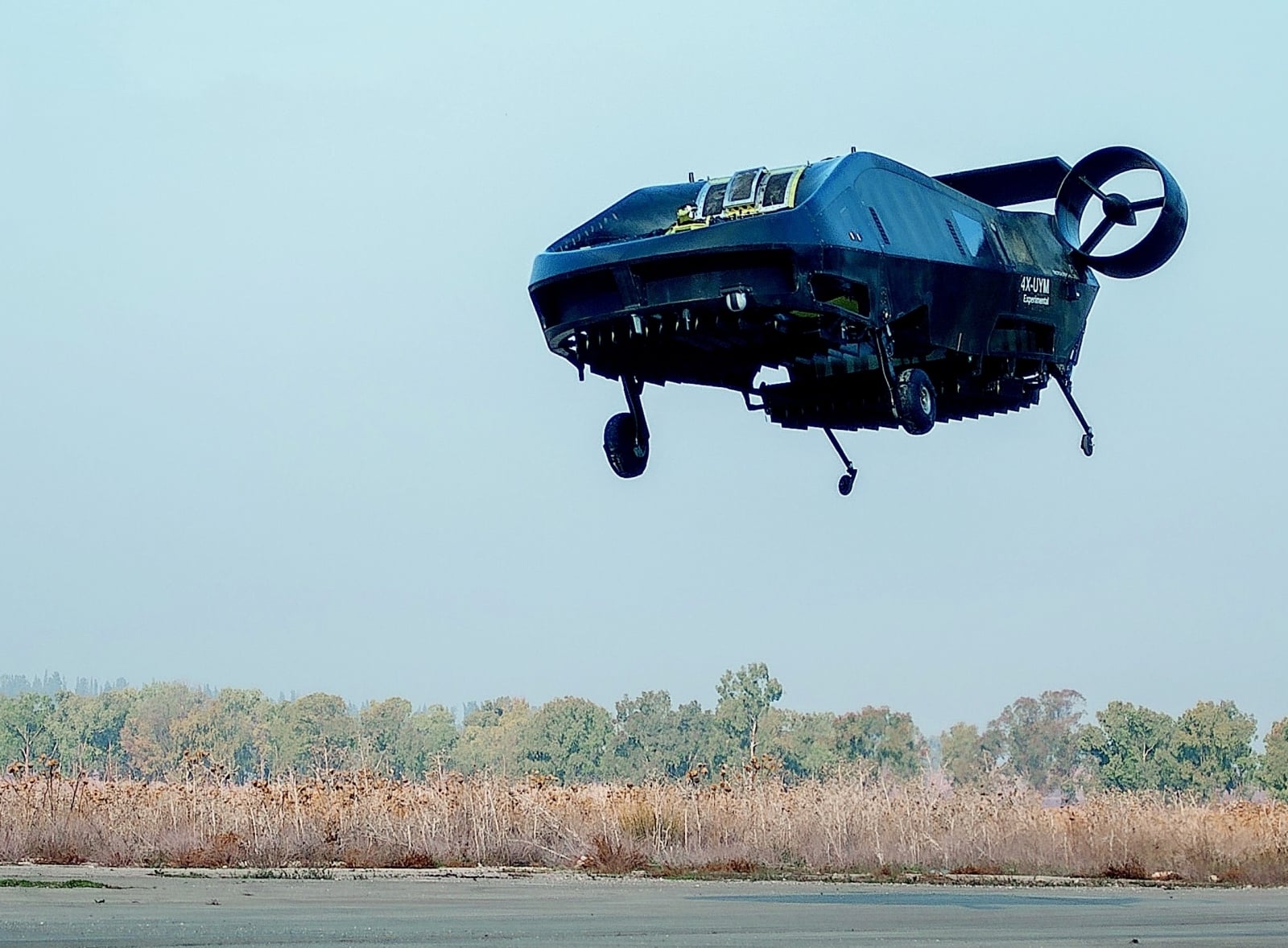 Unmanned aerial vehicles for wartime evacuations were a major focus of last week’s IsCREAM2 conference in Ra’anana, and the Cormorant drone was one of the stars of the show.

The unmanned Cormorant from Tactical Robotics is a single-engine Vertical Take Off and Landing (VTOL) aircraft whose internal lift rotors give it the ability to both land and take off almost anywhere there’s a larger horizontal surface available.

The term ‘internal rotors’ comes from the fact that, unlike helicopters, who have exposed rotors, the Cormorant’s rotors spin inside circular housings beneath the aircraft’s front and rear. The rotors are mounted vertically on either side of the drone’s tail and are powered by a single turbocharged engine.

This rotor arrangement minimizes the craft’s footprint and allows it to access obstructed areas such as forests, jungles, and even mountainsides, areas in which helicopters cannot to land.

The Cormorant can carry 970 pounds per 50-mile radius and can reach speeds of up to 100mph at an altitude of up to 18,000 feet. The aircraft can be operated by a specifically-designed remote-control system but it can also fly autonomously by using altimeters, radars, and sensors.

The Cormorant has enough space inside the cabin for two people laying down and enough room below in the cargo hold for supplies or materials. This is useful for cargo transport or a battlefield evacuation in the case of an accident or disaster rescue mission.

According to the manufacturer, the drone can transport large quantities of food, water and other supplies to otherwise unreachable locations and, with continuous round trips in a 50-mile radius, it could deliver more than six and a half tons of supplies in 24 hours.

In addition, the drone is able to provide ‘eye in the sky’ photographic surveillance on the battlefield and perform evacuation duties.