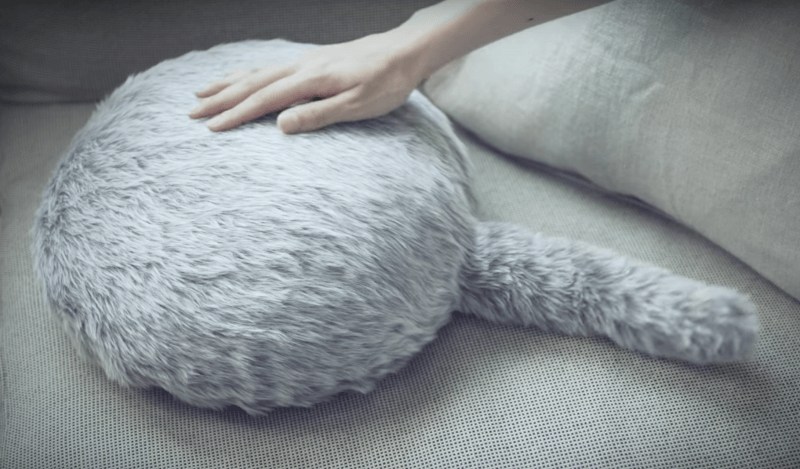 You’ve wanted a cat for so long but your partner is allergic to felines? One Japanese company has the solution: Qoobo. They’re betting that this fluffy robot – without head or legs, but with a tail – can make up for the absence of the real deal #objectmagic

Yukai Engineering is the name of the company behind Qoobo, a would-be cat. Although it might be as fluffy as a kitten, the robot’s appearance is a painful reminder that it can never quite replace the living animal. That has to do a lot with the team’s decision to create it without head or legs, just with a weird tail. That wiggles, by the way, whenever it’s left alone for too long or when it’s petted.

Since it’s not too round, Qoobo can also be used as a pillow, the company says. But frankly, seeing a part of the robot functioning like a normal pet would while the rest is motionless, is extremely disturbing. That said, we could see it work in therapy. It definitely has a soothing effect, calming nerves and being the companion people need but aren’t in the state of mind to nurture.

According to Engadget, Qoobo will be available for purchase next year through a crowdfunding platform. In June 2018, the fuzzy robot will be up for grabs at the price of about $100. It will be released in two colors, “huskey gray” or “french brown,” with an eight-hour battery life.