Just Because They Can: The SpotMini Robots Haul a Truck 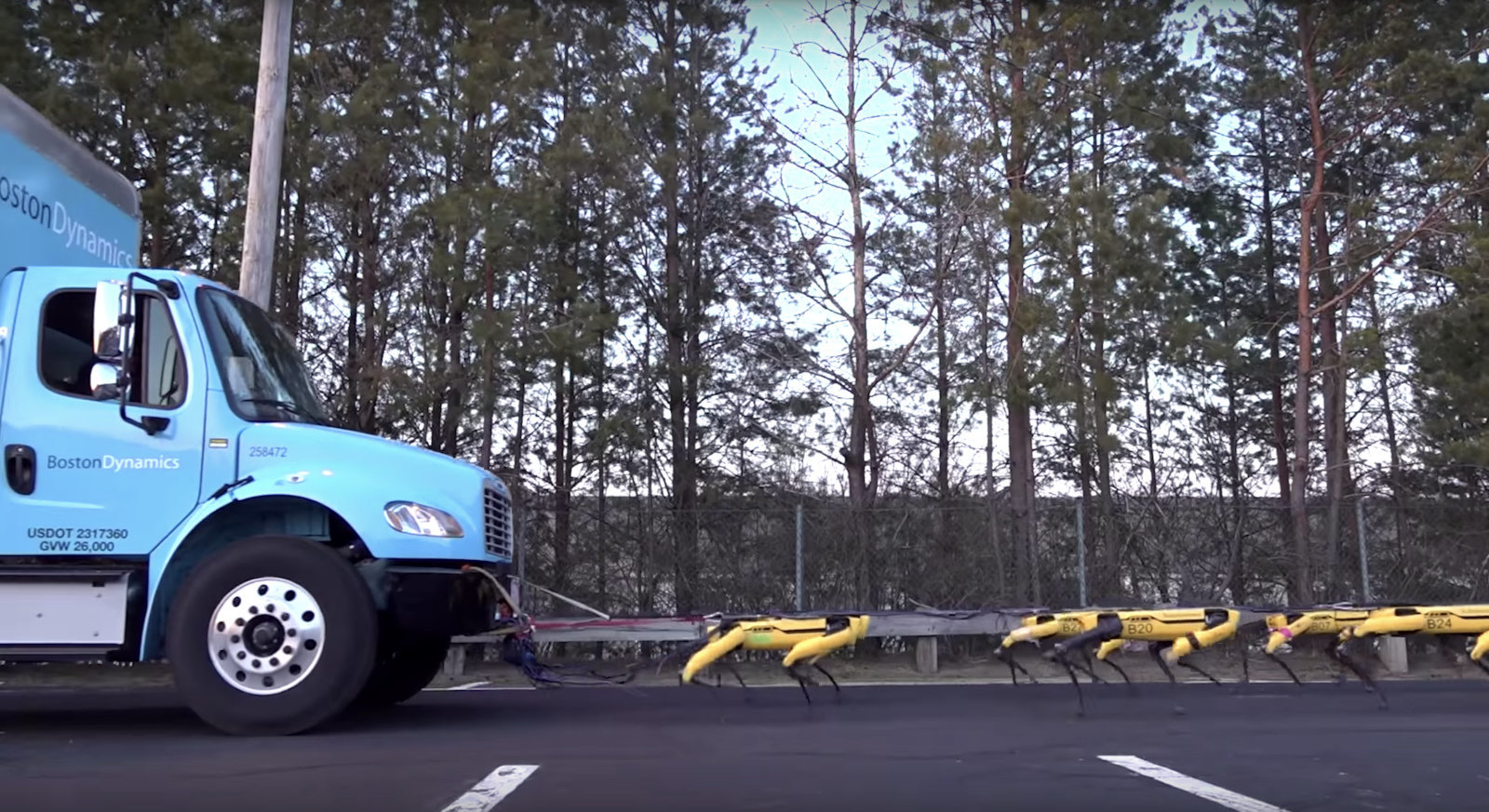 Boston Dynamics has released a new video on their YouTube channel which showcases the type of feat we’ve grown accustomed to seeing from them, as far as their robots go: ten SpotMini robots haul a truck. I mean, why not, right?

The machines are attached to the truck much in the same style of sled dogs and are pulling it along the Boston Dynamics parking lot in perfect coordination. While a driver was present behind the wheel during the demonstration, most likely in order to avoid any accidents, the vehicle itself was in neutral.

The SpotMini weighs 66 pounds and is capable of running for up to 90 minutes on a full charge but that is depending on what’s it doing, of course – hauling a truck, even when aided by his other quadruped friends, probably wastes more battery than just running across the Boston Dynamics campus.

According to the company, the SpotMini is the quietest machine it has ever built and will soon be available for purchase and be fit for a number of applications when it comes off the production line.

And we’re sure those applications won’t be few and far in between: the SpotMini can carry up to 31 pounds, has an arm that can handle objects, is perfectly capable of going up the stairs by itself and can regain its balance naturally if it gets pushed around.

So we’re sure we’ll see the adorable, multifunctional robot out and about quite soon and I’ll be honest: I’m really looking forward to it. While it might be just a machine, I do admit there’s something inherently adorable about it.