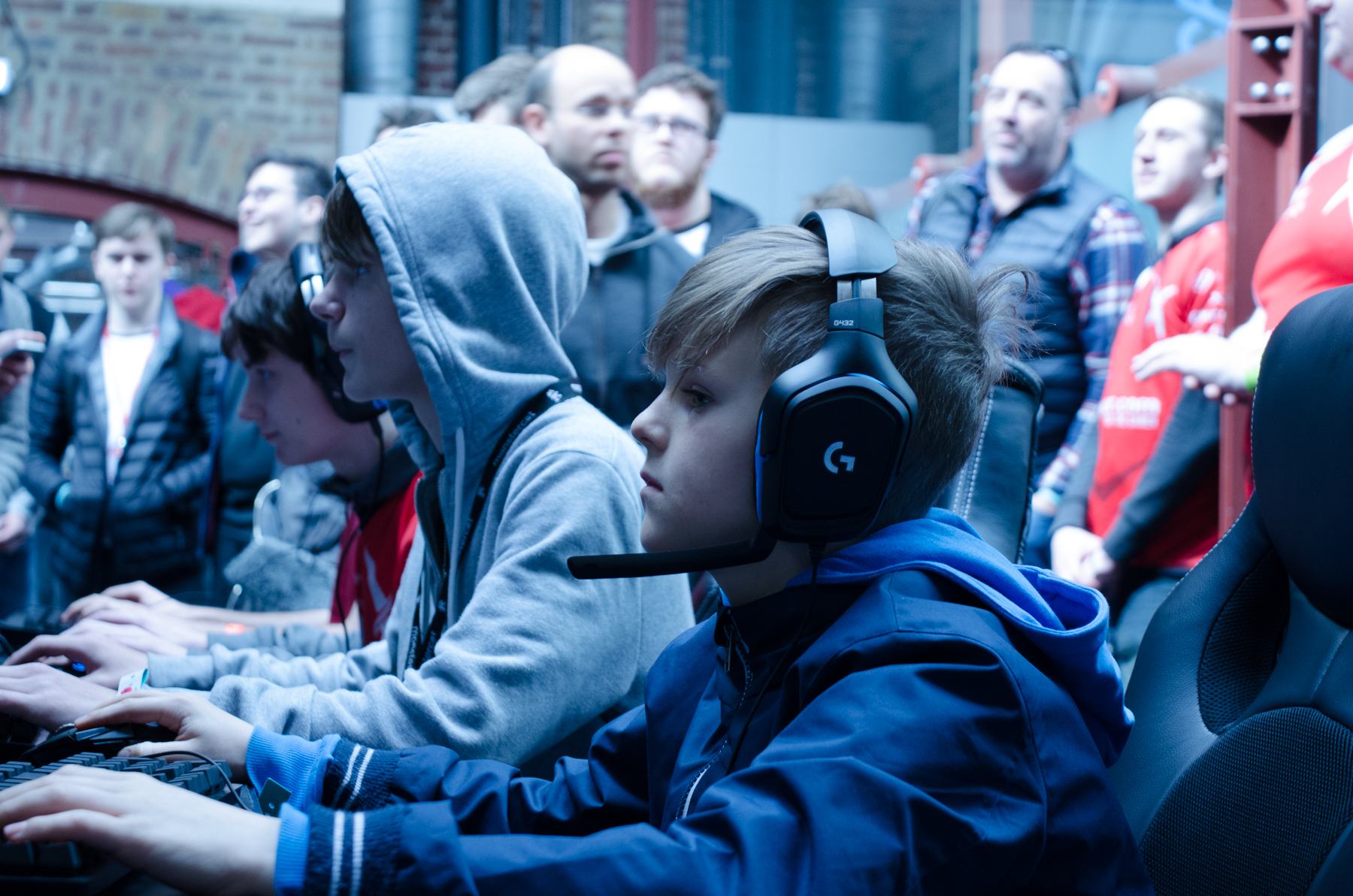 We play games like the latest Assassin’s Creed: Odyssey without thinking twice nowadays. We don’t only take for granted the amazing graphics that get better and better with each passing day but we also don’t even take the time to truly immerse ourselves in the sounds of our gaming experience – stop playing and just listen, for example.

Don’t get me wrong, this is not a critique. On the contrary, high-quality in-game audio has become something we now expect from games.

That wasn’t always the case.

Back in 1958, nuclear physicist William A. Higinbotham created “Tennis for Two” for the visitors to the Brookhaven National Laboratory. The game is widely regarded as the world’s first video game and consisted of an analog computer, two controllers and an oscilloscope screen. It had no sound.

Sound was something introduced to video games only thirteen years later, when Nolan Bushnell and Ted Dabney brought “Computer Space” to the world.

The rest, as they say, is history.

Now, we are actually willing to pay to add game music in our collections. There are artists who focus solely on creating it and even perform the scores with large orchestras like well-known game composer Nobuo Uematsu has done, alongside the Los Angeles Philharmonic and many others.

There are some who separate the ambient sounds and the background music from popular games to create ‘ambient mixes’ you can find all over YouTube.

Sound is important, whether it’s music or ambient, when playing a game. It sets the mood, it sets the tone and fills us with great memories of that very first play-through whenever we hear a tune that had grown dear to us.

I, for one, get a hit straight into the nostalgia whenever I hear Sam Hulick’s “Uncharted Worlds” piece from the Mass Effect series. I remember playing the first game with wide-eyed wonder throughout the night, not even realizing the sun was already up and I had to get ready for work. It’s an endearing memory that bubbles right back to life whenever I hear that song.

A more recent example you can all relate to involves the sound effects from the Resident Evil 2 Remake; remember all the shuffles and zombie growls in the distance or Mr. X thudding across the floors, keeping you alert and on the run? You’d be lying if you said you didn’t feel the floor move a little whenever you heard him come your way.

Sound matters. It’s just as critical to the gaming experience as the visuals are.

We’re happy to see gaming companies realize that more and more. Take for example Logitech; every new design of theirs begins in a lab where they analyze drivers with signals and lasers that measure their behavior.

The trick is that you can’t test an audio driver in just any room. As Logitech Sr. Manager for Acoustic Engineering Matt Green put it, “If you were to measure an audio device in a regular room, you’d learn more about the room than about the audio device.”

So, Logitech built an anechoic chamber on-site to achieve an environment that was quiet enough to measure sound fields and that, as its name states, doesn’t create echoes.

In addition to that, they built a sound room for listening, dubbed The Logitech Signature Studio. The room proved its worth when Logitech begun integrating DTS into their headphones.

“There’s a 7.1 reference setup in here. And when you put your headphones on and turn on DTS it’s exactly like you’re sitting here, in the sweet spot of this sound studio.” Green said in a video.

So, how did Logitech manage to provide surround sound with just two headphone speakers? It’s mostly about physics.

As Green explains it, “we only have two ears and your ear actually can’t tell whether a sound came from in front of you or behind you or even the right from the left. The only way that we know those things is from the brain interpreting the sound that arrives from the two ears.“

The technology looks at the delay between the arrival of the left ear and the right ear and even at shadowing.

Shadowing looks at the pinna, which is the visible part of your ear that has a helical shape. You might not know this but the pinna is actually the first part of the ear that reacts to sound, sometimes being responsible for a ‘shadowing effect’, which might cause sounds to come through that ear  more softly.

All these little pieces of audio information are patched up by your brain, which will, in turn, tell you direction.

All Logitech needed was just two drivers in order to help the brain put the sound puzzle together.

Logitech’s new PRO-G 50mm drivers promise to bring the results of all the testing and experimenting to the users.

The company has made the drivers a bit larger than before. The increase (from 40mm to 50mm) promises to deliver a fuller and richer experience.

However, enlarging a driver usually brings forth a number of issues, such as distortion. So Logitech overcame this particular challenge by updating the geometry of the magnetic circuit, making the voice coil more stable and optimized the hybrid mesh material for a better airflow control.

The users will see an improvement in highs and lows as well as in clarity and reduced distortion.

By the sound of it, our gaming experiences are about to get more immersive than ever before and I, for one, am definitely excited to see what the company plans to deliver really soon. Rumor is, as soon as this summer.