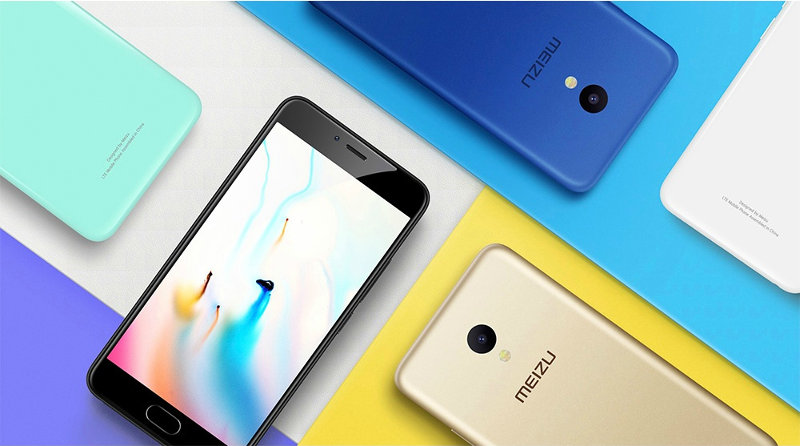 If you’re wondering what happened to M4, the answer is… we don’t know. The company decided to skip it altogether and go from M3 to M5 in a blink of an eye. Anyway, what’s in a name?, like Shakespeare used to say. What we care about are specs and design. Meizu M5 comes with a polycarbonate body, in five different colors. You’ll notice a bigger screen but not necessarily greater resolution, just a 5.2 inch 720p display.

Under the hood awaits 3GB of RAM with 32GB expandable internal storage or 2GB of RAM with 16GB memory. You can also count on a pretty decent rear camera, capable of taking 13MP photos at f/2.2 aperture, in 0.2 seconds! You’ll also be helped in your artistic pursuits by a dual-LED and dual tone flash.

As a dual-SIM handset, Meizu M5 allows you to insert 2 SIM cards or use one of the slots to expand the internal storage. Other specs include:

Beside releasing a crowd-pleaser, Meizu has also placed M5 in the “very affordable smartphones” category. In China, at least, the 2GB RAM version will cost 699 Yuan ($103) and the 3GB RAM one will sell for  899 Yuan ($132). Prices should increase in international markets, though.