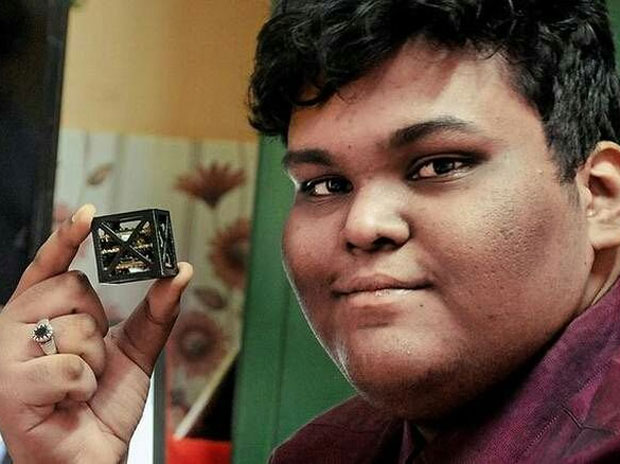 NASA continues its mission as a talent scout. After deciding to launch miniPCR, a device invented by a teenager to test space-faring microbes in situ, the agency wants to put another teenager’s invention to good use. The agency said it was going to launch the world’s lightest satellite. Believe it or not, this one is also devised by an 18-year-old #todaymagic

Rifath Shaarook is a brilliant teenager from Tamil Nadu who impressed NASA in the competition Cubes in Space. Education company I Doodle Learning, NASA and the Colorado Space Grant Consortium invited participants to invent an object that would fit into a 4 meter cube and would weigh 64 grams. Rifath designed from scratch a satellite with “a new kind of on-board computer and eight … built-in sensors to measure acceleration, rotation, and the magnetosphere of Earth.” An organisation called Space Kidz India funded Shaarook’s project.

Built from reinforced carbon fibre polymer frame, the satellite is strong but extremely lightweight, coming at exactly 64 grams. As you can imagine, this fact makes it the lightest satellite on Earth! It’s no wonder NASA decided to test the Indian teenager’s invention in space. This is quite the feat, especially at his young age.

The goal is to see whether its 3D-printed casing can withstand space conditions.  If so, KalamSat (named after A.P.J Abdul Kalam, India’s former President, a nuclear scientist himself) will make history.