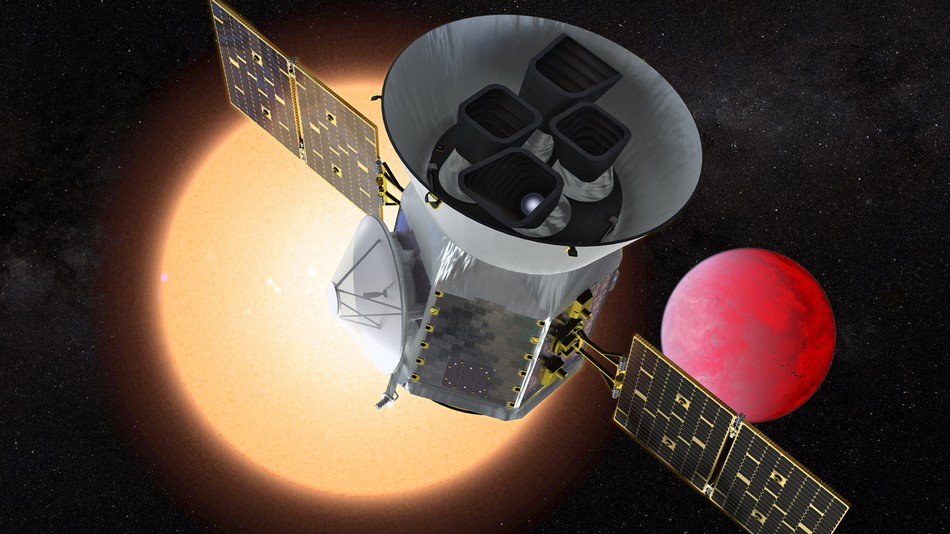 NASA’s Transiting Exoplanet Survey Satellite planet spotter, affectionately known as TESS, has been out and about in space for less than a year but in all that time it has kept quite busy, observing and sending photos back to the team back on Earth.

The adventurous survey satellite has got even more interesting news for us as of recently: it has spotted no less than three super-Earths. They can be found orbiting the HR 858 star, only 104 light years away. In cosmic terms, that’s just around the corner!

The best news about this is that, at a magnitude of around 6, you can see the star with the naked eye and, according to astronomers, the HR 858 might just be the very first naked-eye star that hosts three planets or more.

You can see the star, shimmering faintly in the distance, if you know where to look but don’t go around trying to see the planets around it – you can only do that with very powerful telescopes.

If you are interested to read more about it, the findings have been gathered in a paper that was submitted to the journals of the American Astronomical Society. For now, the draft is still awaiting peer reviews but, until then, it has been posted on the Arxiv preprint website.