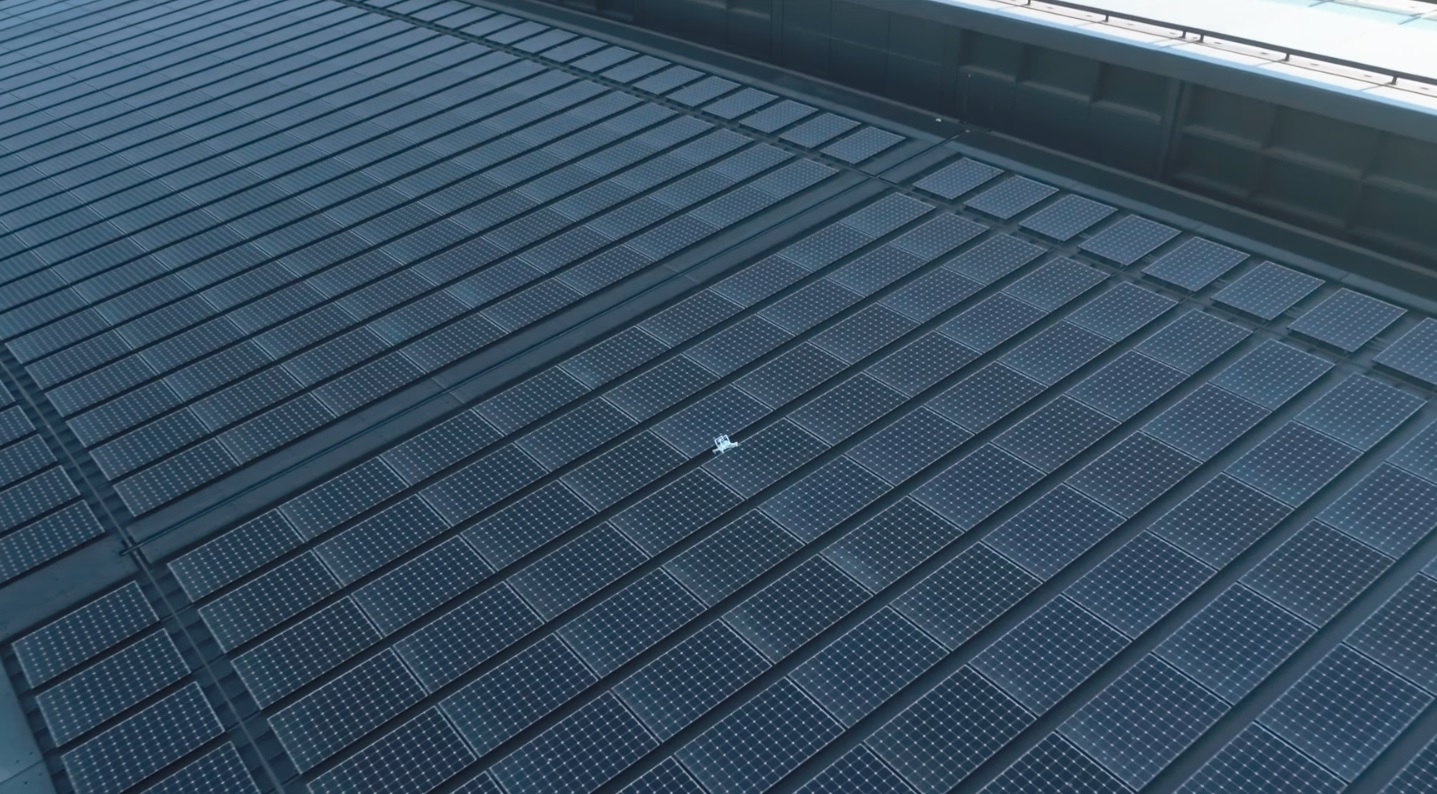 If you play with drones, you are going to… crash one inevitably. Or at least, this happened to one pilot who lost his quadcopter in the Apple Park area. Unfortunately for him, the UAV landed harshly onto the solar roof of the new Apple headquarters #actionmagic

During construction, Apple Park has been visited by curious drones incessantly. We’ve seen several videos showing the progress of the site so far, so it’s no surprise that while perusing the area, one ended up in its solar roof.

Hear us out. Matthew Roberts, a drone operator, was contacted over the weekend by a fellow pilot to help him recover its quadcopter. The UAV suddenly fell from the sky leaving the owner helpless. Thankfully, Roberts could give a helping hand: “I was happy to oblige, so I took a Phantom 4 Pro out and began searching for it. It was eventually located on the Solar Roof and appeared to be intact for the most part”.

The hunt over, Matthew eagerly posted the whole adventure on YouTube. As you can see, there’s a mix of actual crash footage from the drone’s POV and the one captured by the savior’s drone, on its rescue mission. While the first drone seems lodged in the panels, it’s not broken:

“The drone operator has gotten in touch with Apple and notified them of the drone crash and it remains to be seen, whether the operator will get his crashed drone back”, adds Roberts.

With all the employees moving in the new headquarters, Apple is not going to be happy about drone operators taking a peek. They’ll probably return the drone but ban access to quadcopters.