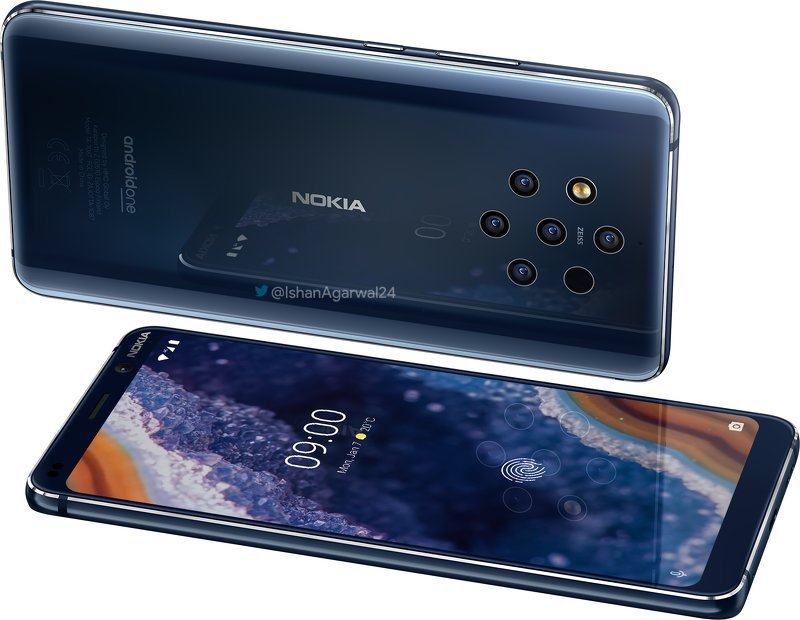 Nokia is planning to officially unveil the Nokia 9 PureView on February 24th but leaker Ishan Agarwal somehow managed to get his hands on some alleged photos of the upcoming device.

The images show the phone in detail and we can clearly see that some of the rumors about the device have been accurate – there’s no notch we can speak of, to begin with, and there’s only two bezels present, one on the top and one at the bottom of the handset.

One the back, the famous penta camera setup, flanked by the laser AF and the PDAF sensors, alongside the LED flash. On the bottom we can spot the speaker grill and the USB-C port and, unfortunately, no trace of a 3.5mm headphone jack.

There’s not even a hint of a fingerprint sensor anywhere but there is a fingerprint design on the display, so we can safely assume that the Nokia 9 PureView will arrive with an in-display sensor instead.

The leak does not include any specs but rumors and an accidental Google ‘leak’ have suggested the device will have either 4GB, 6GB or 8GB of RAM and will arrive with a Snapdragon 855 chipset and a 3,800mAh battery.

We’ll keep our eyes on the Nokia event on Sunday and we will update you accordingly.