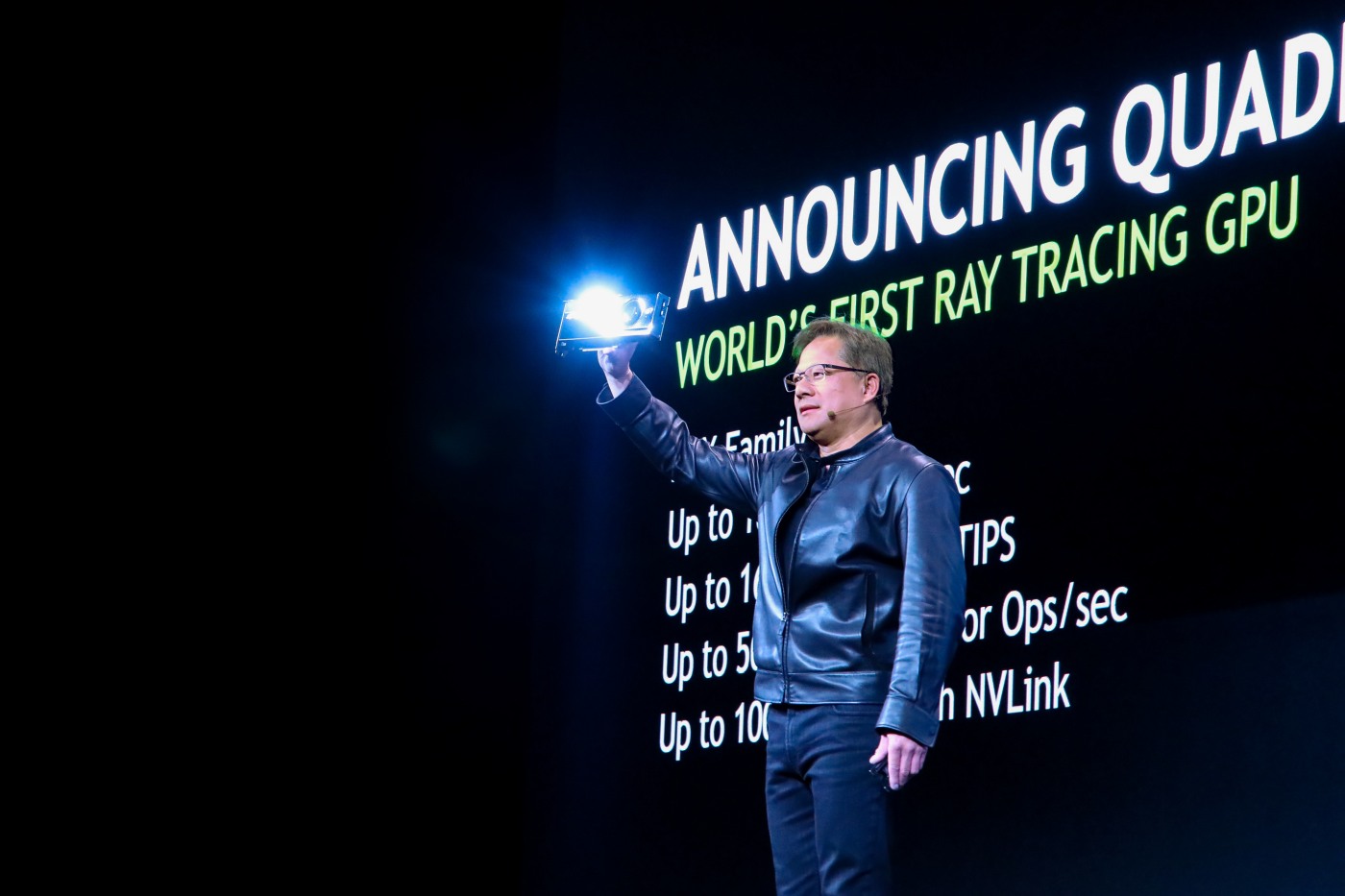 Ray tracing is what makes shadows and light render more realistically in a computer-generated scene but it’s a difficult effect to obtain in real-time as it requires substantial computing power.  Hence why NVIDIA added on the Turing new RT Cores and also new Tensor Cores designed for AI inferencing. These two together make realistic real-time tracing a reality.

The Tensor Cores accelerate deep-learning training and they provide up to 500 trillion tensor operations per second. Thanks to this performance, the AI features can create applications with new capabilities. Obviously, the first implementations of the GPUs are not for gamers but for those who actually make the games. They can also be used for rendering prototypes or objects in movies.

NVIDIA showed off an Unreal Engine demo in order to showcase the product’s real-time raytracing, which you can view below.

Turing apparently can also render the graphics six times faster than the Pascal chip sets and the company stated they will offer three graphic cards based on it in the next quarter: the Quadro RTX 8000, the Quadro RTX 6000 and the Quadro RTX 5000 GPUs.

An RTX server option will also be available – it will give datacenter -like access to a GPU in order for it to be used by multiple users, but there no word out on the cost for it just yet.