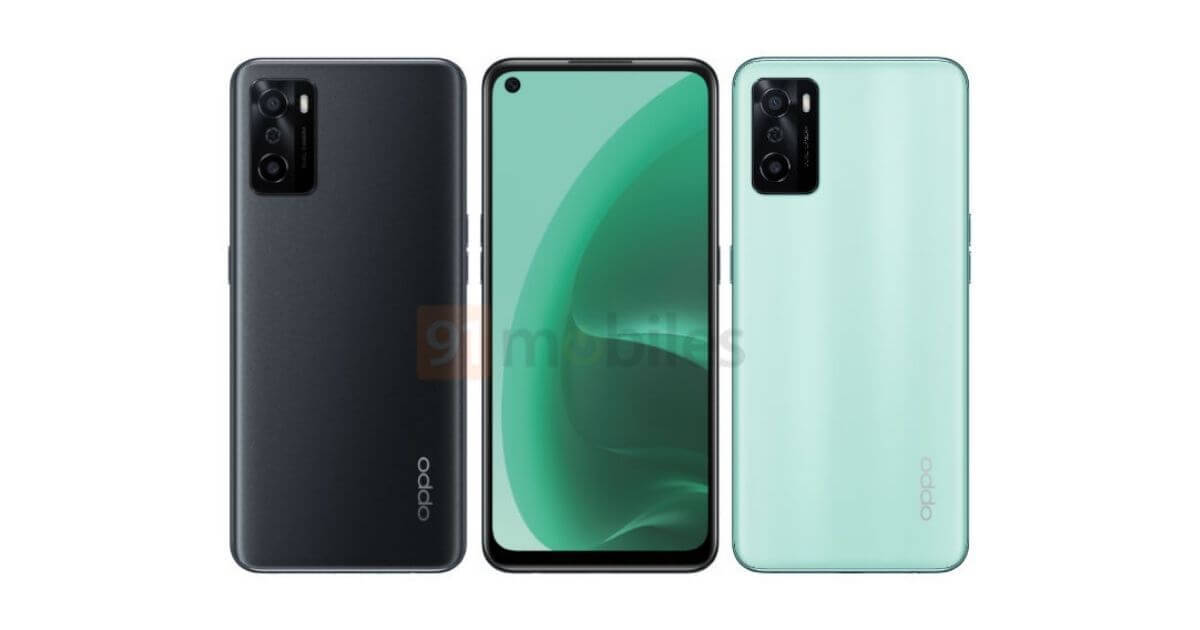 Oppo is preparing to launch a new phone under its mid-range A series: Oppo A55s 5G. Earlier today, the phone was spotted on the Geekbench and FCC certification websites and now a leaked render showing off the phone has also surfaced online.

These leaked renders reveal the presence of a dual rear camera setup and a punch hole camera cut out on the front. The leak also suggests that the phone will be sold in at least two color variations: black and mint green.

The render, overall, shows a very conventional design language, but that is to be expected considering this is a mid-range phone, afterall. 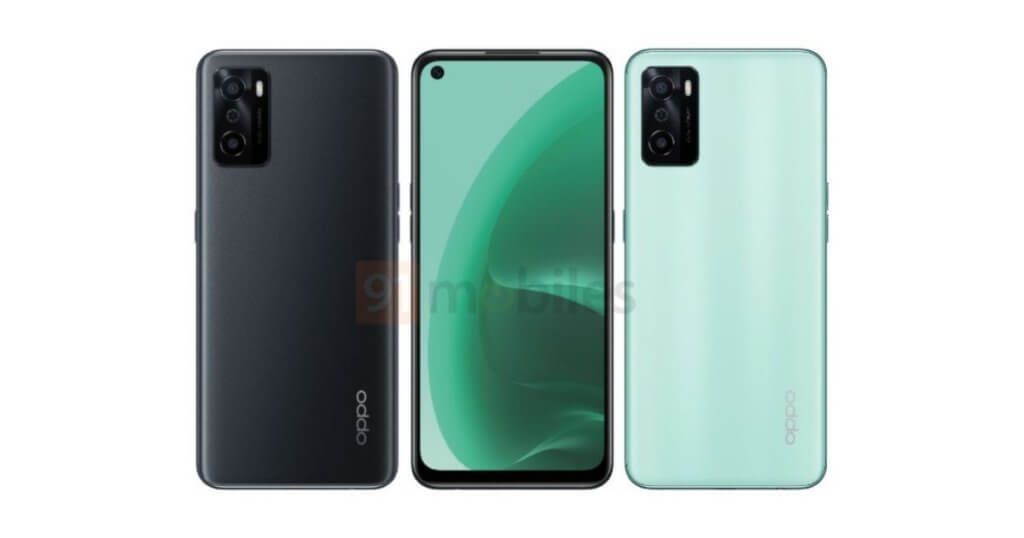 The A55s 5G will feature a full screen display with a sizable chin at the bottom but there’s no information regarding the size of this device.
The phone will come with a dual rear camera setup on the back, placed in a black, rectangular housing. If you squint a little, you can see that the circle in the middle, set up in between the two cameras, has an AI label attached to it.
The Oppo brand can also be seen on the rear panel, on the lower right side.

The power button rests on the right side of the phone and the volume rockers are set up on the left, just like most of Oppo’s smartphones. According to the leak, the device will not feature a fingerprint sensor.

Since the device has made an appearance on Geekbench and in an FCC listing, we do know some of its key specs: the Oppo A55s 5G will be powered by a Qualcomm Snapdragon 480+ chipset and will run Android 11 OS with ColorOS 11 on top, out of the box.

We only know that it will have 4GB of RAM but most likely, it will come in a few other options.

On Geekbench, the device scored 510 and 1592 in the single-core and multi-core tests and another listing, this time on Bluetooth SIG states that the smartphone will have Bluetooth 5.1 connectivity.

So far, this is all we know about the device – as it is the case with most leaks however, take all this information with a grain of salt.