Panasonic is back with an update to its rugged compact cameras, announcing the Lumix TS7, the first waterproof compact to come with an electronic viewfinder.

“The LUMIX TS7 integrates a new 0.2-inch, 1,170K-dot equivalent LVF (Live View Finder) to make it easier to capture subjects under strong sunlight or in backlighting and reduce power consumption in harsh conditions. Both the sensor and LVF are in a 4:3 aspect ratio, and the 3.0-in tempered-glass rear LCD monitor in a 3:2 aspect ratio, delivers highest-in-class 1,040K-dot resolution for an approximately 100% field of view. Image output between the LVF and the rear monitor is instantly switched with a dedicated button,” said Panasonic in a press release.

Not only does the camera sport a new viewfinder with an overall slightly better design, it also brings extra megapixels and 4K support. The Lumix TS7 has a 20.4 MP sensor and can shoot 4K video at 24 or 30 FPS in the MP4 format.

For “traditional” HD, this compact camera is capable of filming in up to 120 FPS for slow-motion videos. Another great feature is the inclusion of the 3-inch, 1040 LCD screen, an increasing rarity in the world of compact cameras. 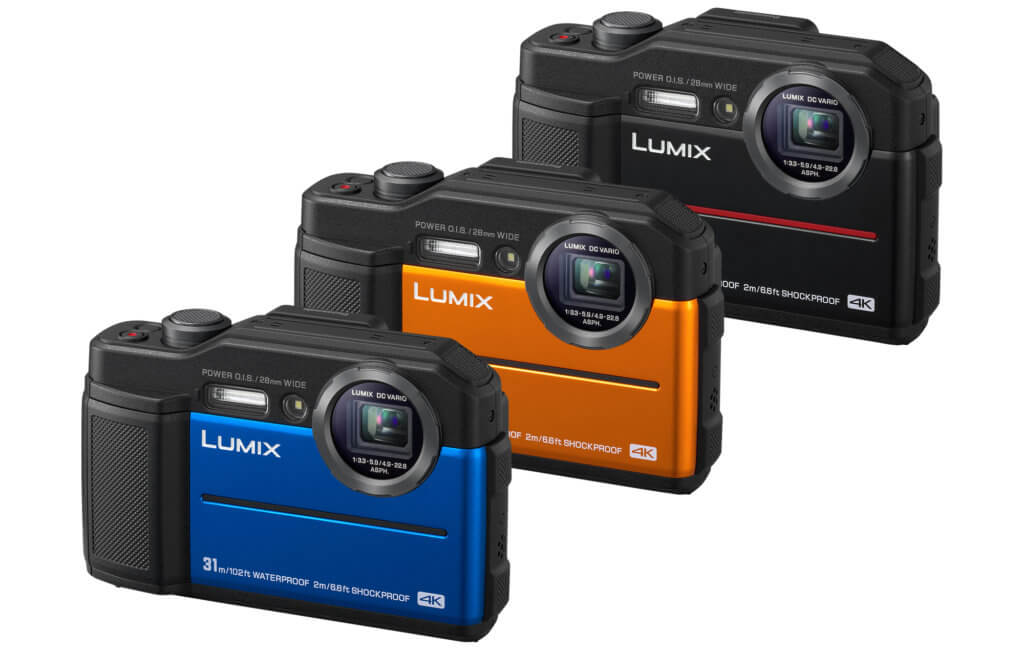 The rugged form feature was designed to survive a 6.6ft drop, 220 pound-feet of applied pressure, low temperatures of 14 degrees F, and dives of 102ft underwater. The last metric is a serious upgrade from the Lumix TS6 which only had a 43-ft depth rating.

All in all, the Lumix TS7 packages rugged design with powerful features. It will likely hit the stores this summer in blue, orange, and black options and cost $450.