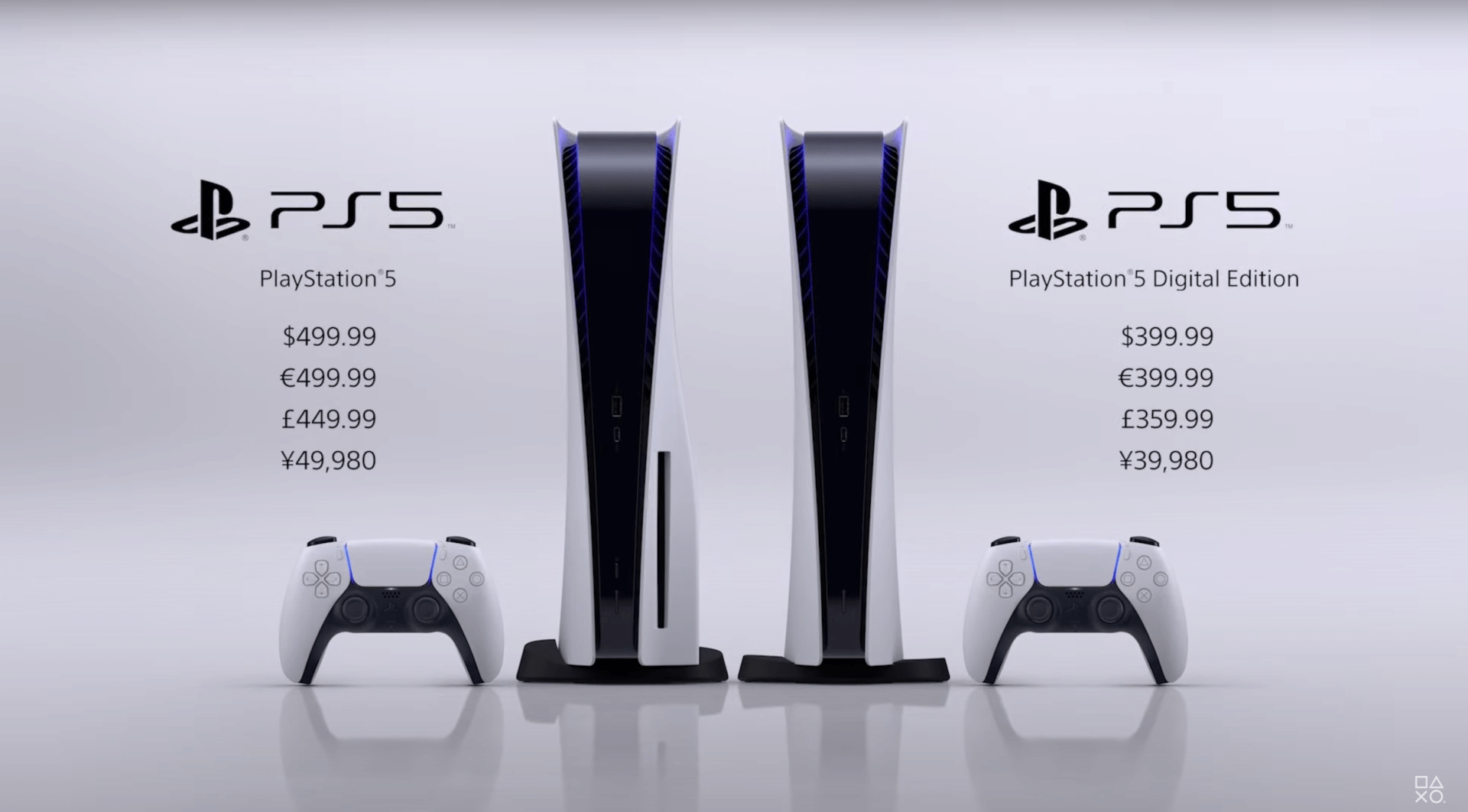 Pricing and release window for the PlayStation 5 has finally been announced!

Announced at today’s PlayStation 5 Showcase, the standard PlayStation 5 will be priced at $499.99 and the Digital Edition PlayStation 5 will be priced at $399.99. The consoles will release in the US, Japan, Canada, Mexico, Australia, New Zealand, and South Korea on November 12th, with a worldwide release on November 19th. As noted at the bottom, there may be some availability issues depending on import regulation. In particular, a release date for China will be announced at another date. 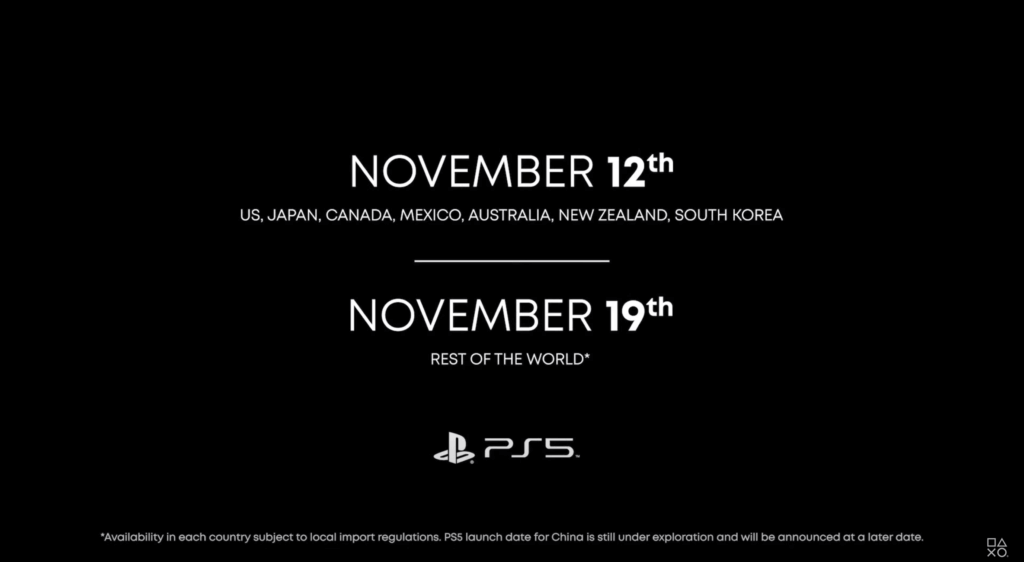 However, there was no pre-order window. Given that the console is set to release in about two months, Sony will likely announce when pre-orders will start soon.

In case you missed the showcase, here’s the article for the summary of everything that was shown: