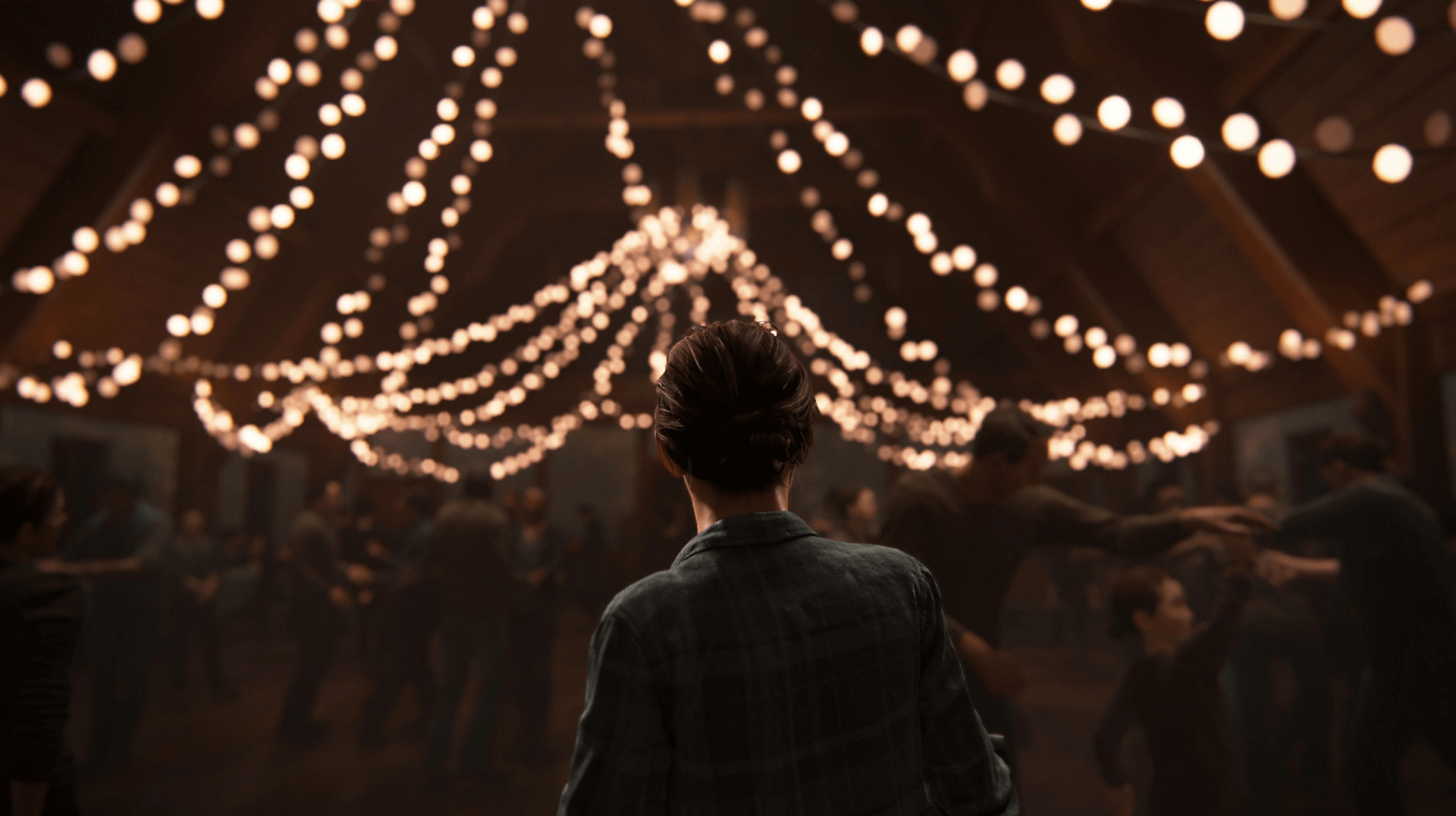 I’ve been struggling with writing a review on The Last of Us Part II. It’s been weeks since I’ve finished it, but it’s been difficult to coalesce all my thoughts and ideas on the game. It seems like the internet has been divided as well.

Perhaps the review format isn’t fit for a game like The Last of Us Part II. Reviews generally try to make as objective as possible a very subjective experience, but that seems impossible with game as divisive as The Last of Us Part II. Instead, I’ll go through the story as it plays out, seeing the intent behind the narrative choices. At the end, I’ll focus on my own perspective, what I thought it did well and what I wish it did better. There will be spoilers, both in narrative content and form.

To note, I will be speaking almost exclusively about story. Other parts of the game, including graphics, level design, combat, and more are extremely polished. However, these elements are built off of the strong foundation of the first game without being a complete makeover. For example, combat and stealth remain relatively the same with a few new enemy types and a new dodge mechanic. Put simply, if you liked the way the first game played, felt, and looked, you’ll like the second.

The story, however, is where fans are understandably divided. The first game left gamers with a complex situation: Joel had lost his daughter, replaced her emotionally with Ellie, and chose to save Ellie’s life over sacrificing her to the Fireflies for a potential vaccine. The game builds up to this moment, presenting it not as black or white, right or wrong, but a complex emotional nexus of hope, despair, loss and love. Joel’s decision is to be understood, praise or vilification coming from personal bias rather than from the game’s politics.

The following will be a story summary for those who are unaware. However, if you already know the story and want to skip to the analysis, please follow the section headers.

The second game starts off a few years later, with Ellie and Joel long settled in a zombie-free enclave in Jackson, Wyoming. While on a routine zombie scouting mission, Joel is killed by former Fireflies seeking revenge. Witnessing this, Ellie swears to find the main perpetrator, Abby, and sets off towards their new home base in Seattle. There, she spends three days tracing Abby through her friends. This narrative is interspliced with flashbacks: one where Ellie learns to swim, another where Ellie and Joel try to get to a guitar store for new strings, and another where Ellie returns to the Firefly base and finds out that Joel lied to her all these years. At the end of the three days, as Ellie and her crew are about to turn back to Jackson, Abby finds their hideout.

At this point, the narrative switches perspective and the gamer plays as Abby. We follow Abby as she goes through the same three days as Ellie, navigating the Washington Liberation Front headquarters and interacting with her friends post-killing Joel. As Abby, we learn more about the politics of Seattle, an area which is stuck in a territorial war between WLF and a group called the Scars. After being saved from death by two Scar children, Lev and Yara, Abby begins to see the other faction as human rather than enemy. We also get flashbacks with Abby, which serve to show us the motivation behind killing Joel – the doctor operating on Ellie was her father – and become her own motivation for saving the Scar children. After saving Lev from a battle between the WLF and Scars, she finds her friends dead. Later that night, she ends up finding Ellie where the two stories collide. Here, you continue the story as Abby as she fights Ellie. She is on the verge of killing Ellie’s love interest Dina, when Lev stops her.

The final part of the game starts with Ellie and Dina settled in a cabin when they receive new information on Abby’s whereabouts. Stricken by trauma and PTSD, Ellie decides to go after her even as Dina pleads with her to stay.

The story again shifts to Abby’s perspective as she and Lev try to find the remnants of the Fireflies along the Santa Barbara coast. Almost as soon as she finds out their location on Catalina island, the two of them are captured by a local group called the Rattlers.

A couple months have passed and we return to Ellie on a beach in Santa Barbara. As she navigates the streets, she comes face to face with the Rattlers. After scavenging their base, she finds Abby and Lev hung up on punishment posts. As they all try to escape, Ellie turns to Abby and makes her fight her to the death. Abby, wanting to move on with Lev from all the suffering she’s been through, is at first resistant but then opens up as Ellie gives her no choice. Playing as Ellie, we fight Abby and eventually almost drown her when we’re hit by a flashback of Joel. Ellie then cries as she remembers Joel and lets Abby go.

The game ends with a flashback of Joel and Ellie the day before the game starts. There, we see them talking about how to move forward and wanting to heal from the lie Joel told. Back in the present, Ellie tries to play her guitar – a significant memory and connecting point to Joel and others in the game – but fails because Abby bit off two of her fingers. Unable to play the guitar in a home left behind by Dina, Ellie walks away from the farm as the game ends.

The core question the developers try to answer throughout the game is the binary of revenge and healing. For both Abby and Ellie, revenge is seen as a way to get back and to overcome something devastating that has happened to them. Yet, as we see with both characters, the story of revenge leads to increasingly dark and disastrous outcomes. For Abby, it’s the death of all her friends and the complete upheaval of her livelihood. For Ellie, it’s the loss of some sense of domestic stability with Dina as well as the connection with Joel via her guitar.

Yet, what sticks out most about this story is how it is told. The shift in perspective is unique in video games, making players play as the “villain” in order to understand her story. Yet, it isn’t as simple as walking a mile in her shoes. While certainly this perspective shift humanizes Joel’s murderer, it also complicates how we perceive revenge. As we get to learn and see Abby, her friends and their motivations, we come to empathize with their worldview. In this dystopian world, it’s literally eat or be eaten.

As Abby transforms from a cold-hearted killer to a protector of two Scar children, we also come to recognize how forces of good and evil can exist simultaneously. Joel represents the epitome of this complex duality and how one chooses to disaggregate is based on perspective.

The narrative form of the game, one that uses time and perspective shifts, unravels the story in a non-linear fashion. In many ways, this is as brilliant as it is complex. It asks gamers to unsettle their perspective bias in a way that is not cliché or drab, but rather through intersecting questions of motivation, vulnerability, growth, and pain all playing out across different time and spaces.

The testament to the game’s success is that the final fight, Abby vs. Ellie, is one of the most painful fights I’ve experienced in gaming history. While we played as Abby as she fought Ellie before, this time it was different. At first I wanted Abby to lose, but was forced to beat Ellie in order to progress the game. In this final battle, I didn’t want to kill Abby. At the beginning of the game, I wanted nothing but Abby’s death. Now, I couldn’t see myself finishing the job.

For a game to turn its villain, the murderer of the series’ most beloved character, into someone you at least feel for is narrative genius. Although some may disagree that it ever accomplished that, I think the game did it successfully for those with even some small willingness to see Abby and Ellie as two characters constructed by their mutual flawed humanity.

Although the story is masterfully told, I do have reservations on what tropes it relied on. My main point of contention is the ways trauma and pain are reduced to horrific scenes of murder. In other words, Ellie’s pain manifests as a series of more and more gruesome deaths. Rather than linger with Joel’s death after it happens, we transport straight to Seattle where Ellie proceeds on her killing spree. Without interiority, it’s hard to understand Ellie’s motivations and intentions. While Joel’s death would certainly be motivation enough, is that enough for us to accept that Ellie would act the way she does?

Perhaps this is why the pre-Santa Barbara scene was the most convincing. As Ellie tries to live a normal life with Dina, she is continually haunted by images of Joel and the moments leading up to his death. Even simple activities like bringing in the sheep cause PTSD-like episodes to occur. Her decision to live the tranquil life in order to track Abby makes sense, given that normalcy is forever unattainable.

This perspective on mental health and trauma also helps with understanding Ellie’s final decision to let Abby go. As Abby is about to drown, Ellie gets a flashback to Joel alive. Connecting these two moments together, we see mental wellness and trauma as the motivator for Ellie’s actions, not necessarily purely revenge. A larger focus on the trauma, loss, and grief would deal with the emotional and internal struggle Ellie has dealing with Joel’s death. Instead of focusing on this interiority through more scenes of PTSD or even flashbacks that connect to a current moment, the game shows us how Ellie’s internal struggle manifests simply as a spiraling descent. With a larger focus on the emotional toll Joel’s death had, I believe the game would have been much stronger and decisions more understandable.

However, I recognize that this perspective is also based in my bias and my deep desire for character interiority. Joel’s death could and did, for many, function as motivation enough for Ellie’s pursuit of Abby so much to the point that her choice to not kill Abby was confusing.

It’s not a perfect game, but it’s one that tries to challenge how narratives are told in video games. Perhaps one day, it will be looked upon with the same sense of wonder, awe, and inspiration as The Last of Us.