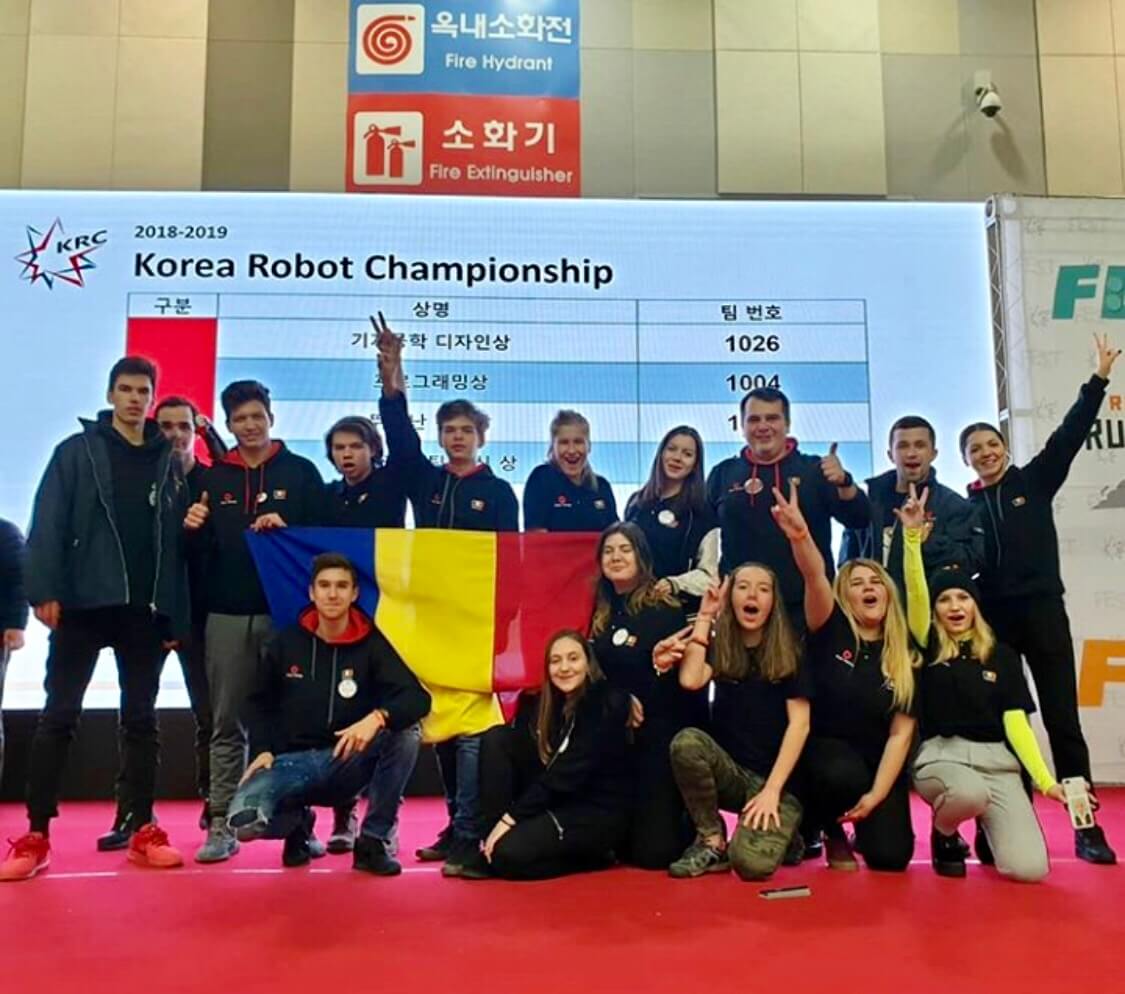 The 2018-2019 Korea Robot Championship has concluded and, surprisingly, the big prize went to two Romanian teams.

Autovortex, the Romanian team that advanced to the finals, decided to join forces with Quantum Robotics, which secured them the grand prize.

AutoVortex left the KRC 2019  with multiple awards, including the Connect Award and Captain of Alliance.

A third Romanian team in the competition got the prize for design.

All of the Romanian teams in the competition graduated from BRD First Tech Challenge Romania, one of the country’s biggest robotics contests, formed of more than 50 teams from over 30 cities.

The program was designed to encourage youths to start their robotics careers.