Samsung C-Lab Developed FaceSense, A Way To Move In VR With Your Facial Muscles - TechTheLead 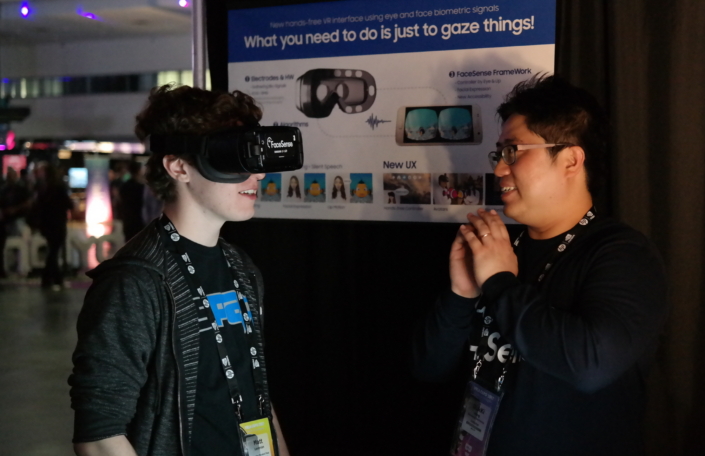 Samsung’ employees found a way to move in virtual reality just by using their facial muscles. They have created FaceSense, a sort of biometric VR headset #realitymagic

Visitors of the VRLA Expo 2017 in Los Angeles had the chance to test the latest interesting product from Samsung C-Lab. They call it FaceSense, an experimental, hands-free VR interface.

What does it do? Put simply, it tracks the user’s facial movements, from the gaze to the expressions spotted. But it’s more complicated than that. In the team’s words, it all begins “whenever we speak, change our expression or shift our gaze, our faces generate electric signals. FaceSense recognizes and translates these biometric signals into input for navigation, allowing users to maneuver through VR worlds with intuitive movements and simple voice commands, rather than reaching for out-of-sight physical controls.”

Yep, the FaceSense follows in Bixby’s steps and is able to recognize basic voice commands. So far, the technology can understand the meaning of  ‘home’, ‘back’, ‘select’ and ‘cancel’. Instead of using your hands to navigate the menu of the VR app or interact with the virtual reality environment, you just have to be as expressive as possible… and FaceSense will do the rest. Needless to say, this could be extremely helpful for those who want to experiment VR but are unable to do so due to various disabilities.

At the Los Angeles expo, the team invited people to test FaceSense using an updated Samsung Gear VR headset. If you weren’t there, this might help you get an idea of how the device will look like, if Samsung decides to make their idea a reality: 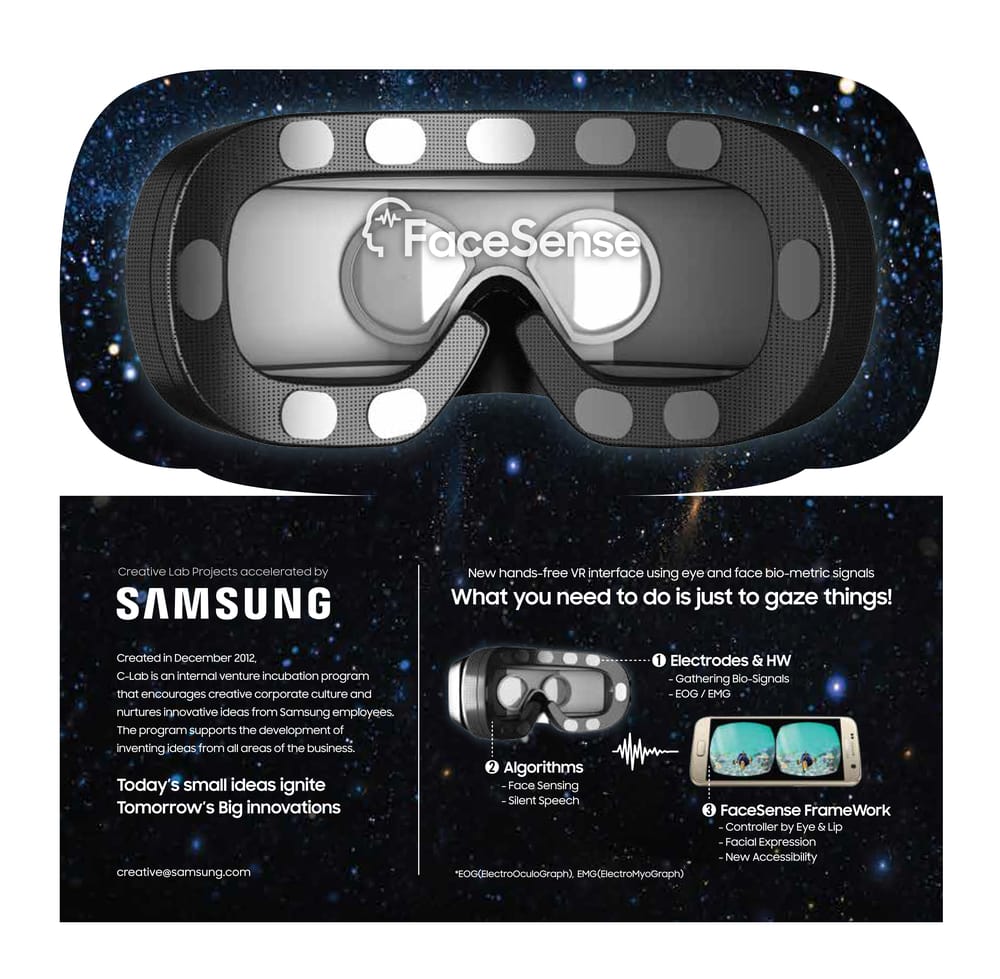