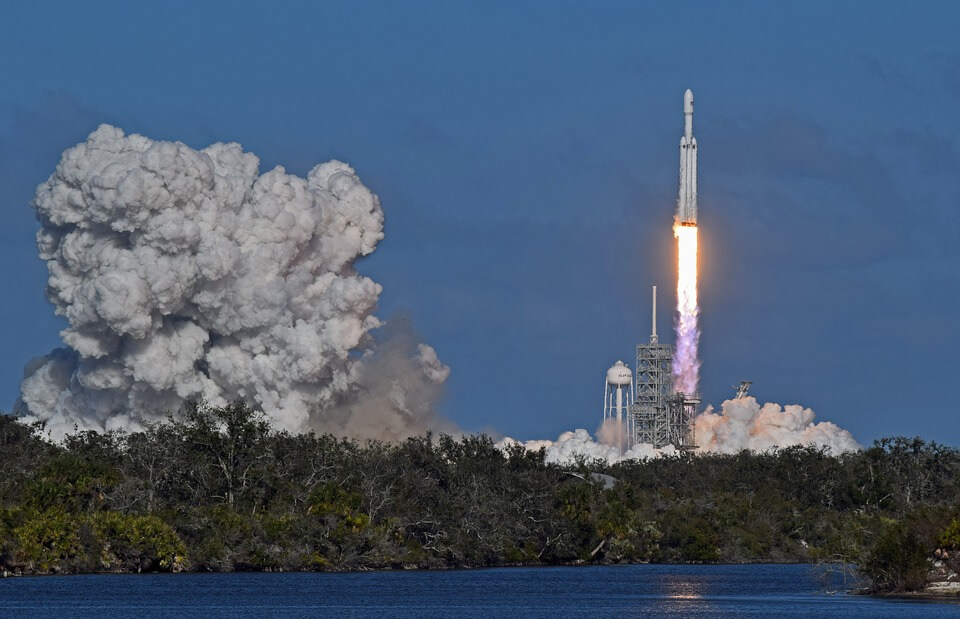 SpaceX founder Elon Musk tweeted on the 19th of June that the upcoming Falcon Heavy launch will be the company’s “most difficult launch ever” and his words seemed to have echoed and rippled across the future shortly after the Falcon Heavy started to rise towards the skies last night.

The rocket launched from the Cape Canaveral Air Force Station in Florida, at 2:30 a.m E.T, with 24 satellites meant to be delivered to four different orbits. The mission was also supposed to prove to the Air Force that SpaceX is capable of carrying out national security missions.

The Falcon Heavy launched without a hitch – its reusable boosters, the same ones flown during a previous April launch, separated and returned to Earth as they were supposed to.

The center core had to attempt a more difficult landing though: its target was the company’s drone ship, Of Course I Still Love You, which is stationed in the Atlantic Ocean.

An hour later, the nose cone that protects the payload bay was recovered by the Ms Tree drone ship, who found the payload fairing somewhere in the Atlantic Ocean and grabbed it into its net.

This is the third time SpaceX didn’t manage to successfully recover a center core from a Falcon Heavy rocket. The first launch saw the core run out of fuel and drop into the ocean.

The second attempt went a bit better and the core did nail the landing but the waters were rough that day and the drone ship was not equipped with clamps strong enough to keep the core into place so it still ended up toppling into the ocean shortly after it touched the landing pad.

However, landing the booster on the Of Course I Still Love You is not a priority for SpaceX, as long as the cargo goes where it’s supposed to.

The satellites were deployed without a hitch and the mission, covering four separate upper-stage burns and three separate deployment orbits, lasted for a grand total of six hours.