SpaceX Signs First Private Passenger They Will Fly Around The Moon 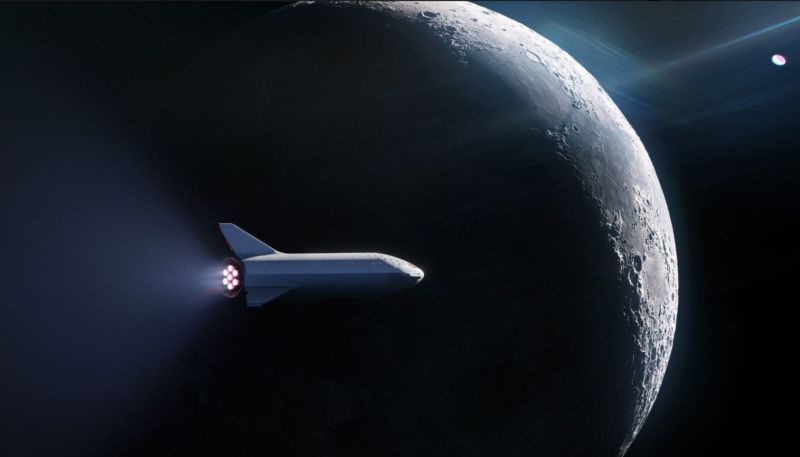 Without any previous notice or even the whiff of a rumor to prepare us for this, SpaceX tweeted out of the blue on Thursday evening that is has signed its very first passenger for a flight around the Moon:

SpaceX has signed the world’s first private passenger to fly around the Moon aboard our BFR launch vehicle—an important step toward enabling access for everyday people who dream of traveling to space. Find out who’s flying and why on Monday, September 17.

The announcement will take place at the SpaceX headquarters in Hawthorne, California.

Elon Musk himself did reply to a subtweet to the post – he was asked if he would be the mysterious passenger. His response? A Japanese flag emoji. Could indicate the passenger in question might be from Japan, could be he was just eating his dinner at a Japanese restaurant when he replied. With Musk, you never know.

Obviously, with four days to go until we get any answers concerning the announcement, the speculations abound and, judging by the subtweets, people are getting really excited about it.

If it turns out to be real, SpaceX would be holding true (sort of) to a promise they made last year in February, when they announced their intention to send two individuals to the Moon by the end of 2018, in a Falcon Heavy rocket and Dragon spacecraft ( Elon Musk did confirm  that they will use the Big Falcon Rocket instead).

It seemed far fetched even then, and, looking around, it seems far-fetched even now – SpaceX has not even been able to send astronauts to the ISS yet. They do say it will happen sometime in April 2019.

When will the mission set off? We don’t know but we can speculate. Probably SpaceX doesn’t know either, but for publicity purposes, they might aim for the 50th anniversary of the last mission on the Moon, the Apollo 17, which will be December 7th, 2022. So that’s still some time away, and it could happen only if absolutely everything would go just right. And, true to Murphy’s Law, it almost never does.

As to how SpaceX will pay for it, that too, remains a mystery for the moment.