Blackmore Thinks Its LIDAR Technology Is The Best One Available 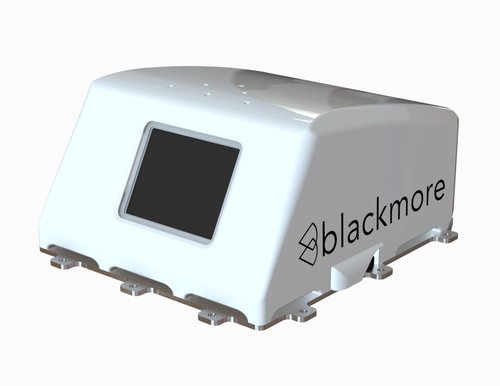 Blackmore is a Montana-based startup that has designed LIDAR technology for the military and they think that, thanks to that previous experience, they have the upper hand in a market that seems stuck in prototypes and pre-production stages.

The most common type of LIDAR is the one that uses pulses of light and measures the time it takes for them to reach a receiver. You’ll find it attached to pretty much any autonomous vehicle we have seen being tested so far. Unfortunately, this type of radar consistently has issues with reaching the ranges and resolution needed to achieve the accuracy we need from self-driving vehicles.

Blackmore chose to focus their effort on the other type: the coherent LIDAR, which they believe would be the solution to the range and resolution issues. The Blackmore LIDAR uses a laser that emits continuously, varying its frequence through a range and a portion of the laster is split off to a local receiver.

Then, the frequency of the returned signal is compared with the reference one via an optical mixer and the unit can then calculate how far the light had traveled. To put it simply – it can measure the distance between the radar and the object it hit.

Blackmore’s 1550 nanometer laser can reach large distances and the LIDAR system altogether can calculate an object’s relative velocity and add the vehicle’s velocity into the mix in order to get an accurate reading of the object’s motion. The ability to measure motion should, in theory, make it easier for autonomous vehicles to take decisions.

The LIDAR has brought demo vehicle in San Francisco and you can watch how it performed in the video below.