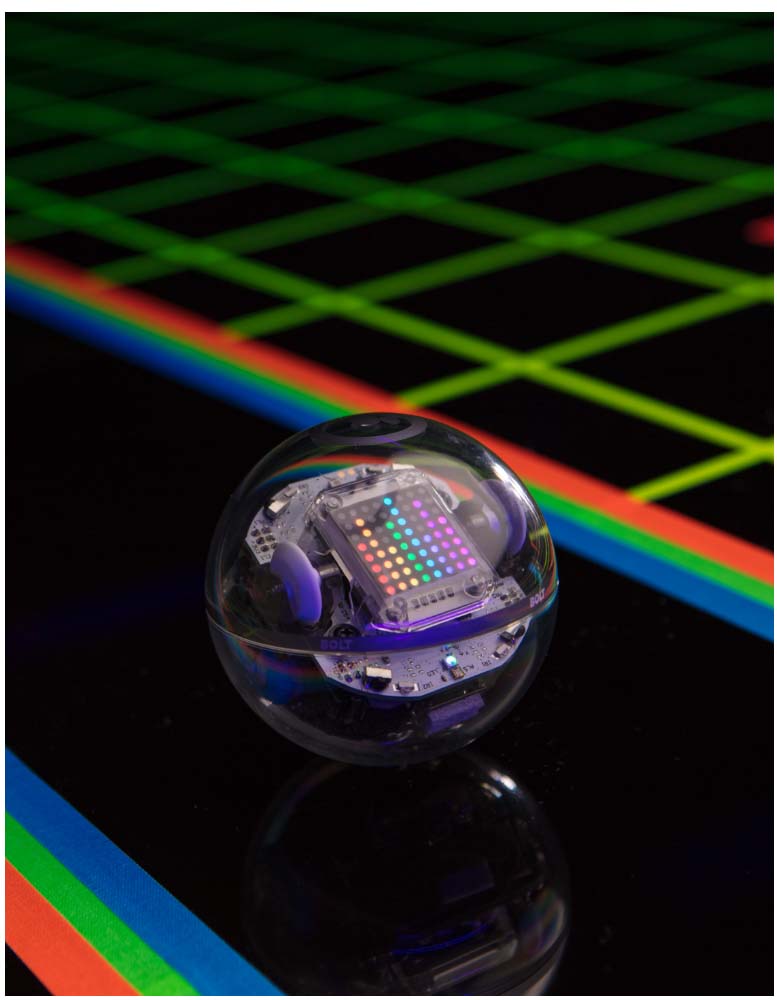 Sphero‘s rolling robot, roughly the size of a baseball, has become one of the best ways to learn the basics of robot coding and in 2015, the company brought to life the popular BB-8 droid from Star Wars: The Force Awakens, which proved to be immensely popular at the time.

The company’s toys have long been regarded as some of the best educational and STEM toys out there – they are easily accessible and a great foundation for anyone interested in coding.

Bolt is Sphero’s newest product which features a much bigger battery than its predecessors which allows it to roll around for a total of two hours, or even longer, if the robot makes slower moves.

It can be charged via an inductive cradle due to its outer shell that is sealed against water and dust. Speaking of the outer shell, it’s all on display for the Bolt, as the clear plastic ball allows a clear view of the robot’s insides.

But that’s not why the company chose it – Bolt features an 8×8 LED screen that sits at the top. It displays information about what the robot is doing at the time, such as displaying a lightning bolt while it is charging. Via the Sphero Edu app, the robot can be programmed to show any icon you want.

In addition, Bolt, has some added infrared sensors that allow it to sense the presence of other Bolts out there and Sphero promises that the swarm of robots could be programmed to either follow or avoid each other.

As educational as the toy is, you can also use it just to play around and it can be easily maneuvered via the Sphero Play app. The app also comes with tutorials and sample programs the users can attempt to modify or they can even share their own.

The Bolt costs $150 but Sphero is selling it in 15-pack boxes. Just in case you really wanted to have that pack of robots rolling around.