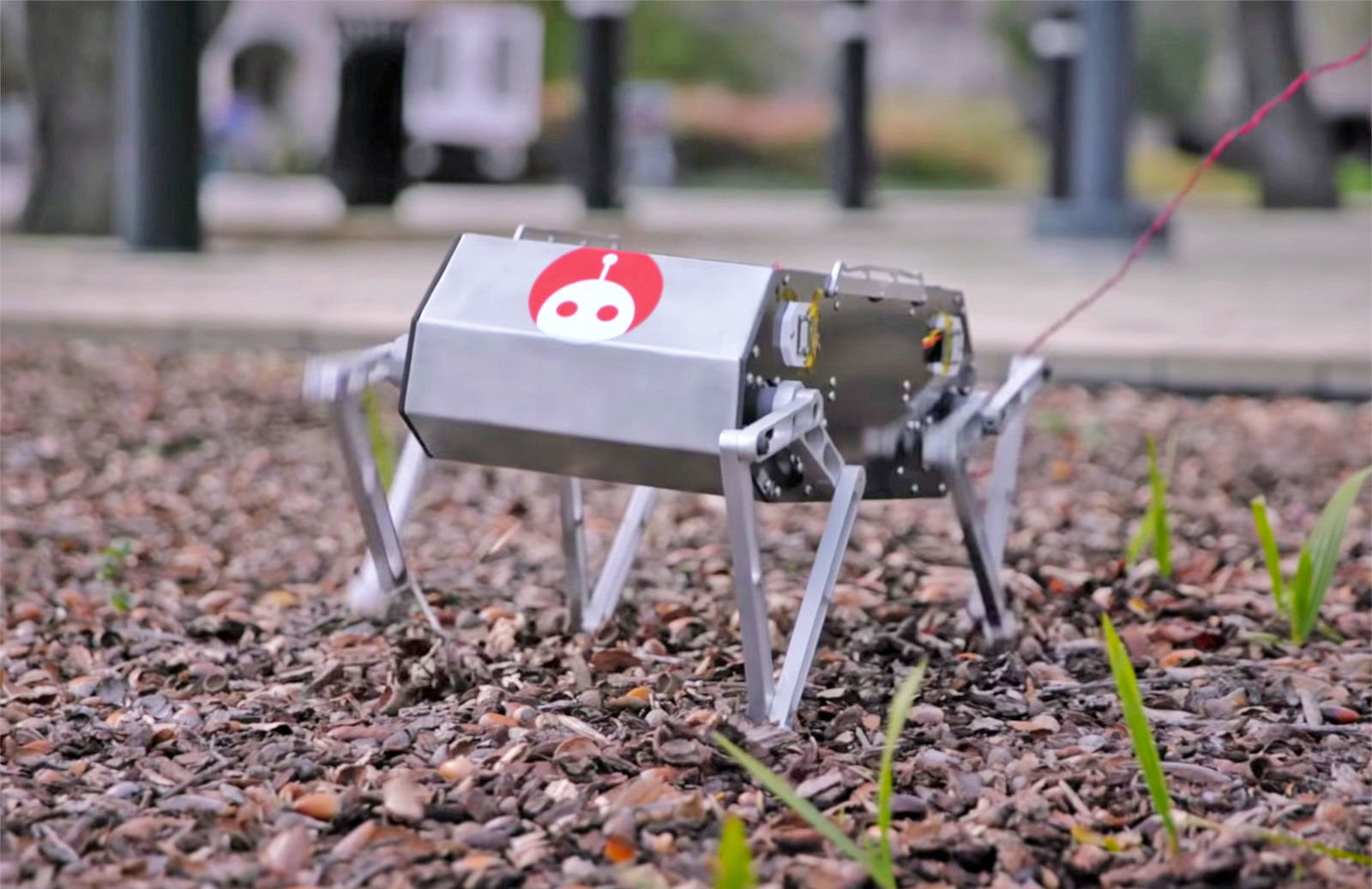 I am pretty sure that, if we could afford it, most of us would buy a dog-like robot in a heartbeat but unfortunately, buying functional, somewhat larger robots capable of performing complex tasks is not exactly something one can purchase on a regular paycheck.

But the Standford Student Robotics Club’s Extreme Mobility team is currently taking a step into making these sort of machines more affordable for all the regular Johns and Janes out there who might know some engineering bits and pieces.

The team created the Stanford Doggo, as it has been dubbed, which can be owned/created by anyone who wants it, as the students made the plans, code and a supply list readily available online, completely free of charge.

“We had seen these other quadruped robots used in research, but they weren’t something that you could bring into your own lab and use for your own projects,” Nathan Kau, mechanical engineering major and Extreme Mobility leader told the Stanford News “We wanted Stanford Doggo to be this open source robot that you could build yourself on a relatively small budget.”

Normally, these sort of robots can cost up to thousands of dollars and most of them require customized parts but, according to the Extreme Mobility students, building the Doggo should only cost around $3,000, manufacturing and shipping costs included.

Pretty much all the components can be found online and can help people build themselves a Dogo capable of walking, trotting, jumping and even perform a backflip or two.

In order to make the robot easy to build for anyone, the students built their own from scratch, looking around for which supplies were readily available and testing them as they went, completely foregoing simulations. It wasn’t easy, or fast – it took about two years to develop several prototypes before the team started to work on the current iteration of their machine, but they eventually figured it out.

In the beginning, Doggo didn’t walk very well but now it’s capable of keeping up a trajectory and sticking to it and can even work its way around rougher terrain thanks to motors that sense external forces. Sensing these forces helps the Doggo decide how much force and torque it should apply on each leg.

The students were not expecting the robot to be capable of jumping though and they were surprised to realize it can do so, for about 2 feet up in the air. After doing some work on its software, the Doggo managed to jump up to 3 feet in the air.

“This was when we realized that the robot was, in some respects, higher performing than other quadruped robots used in research, even though it was really low cost,” Kau said.

It was, of course, just a matter of time until the students decided and succeeedd to get the Doggo to perform a backflip.

The Extreme Mobility team is now collaborating with the Robotic Exploration Lab to test out some new control systems on a second Doggo and they have also developed a larger robot, dubbed the Stanford Woofer, capable of carrying loads of up to 6 Kilograms.