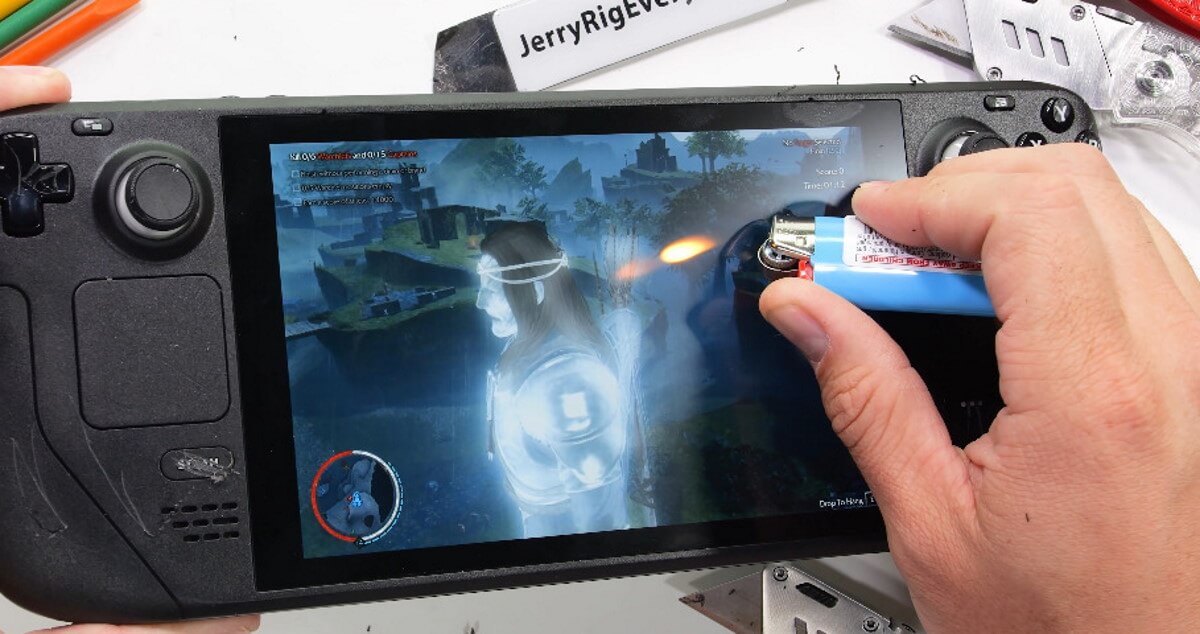 Steam Deck is still some months away from launch but famous durability test performer JerryRigEverything already played with it and posted the results on his channel.

The YouTuber starts off with a disclaimer saying he’s not “a gamer”, therefore don’t expect him to go in depth into this console. Instead, do expect him to take a knife to it and try his best to test the “upgraded glass”.

Watch as JerryRigEverything opens the box. Inside, there’s a Steam Deck covered in the message “Your games are going places” and the inside of the box is covered with places where you might play on Steam Deck, like on an airplane or when camping. If it had any feelings, it would probably also spell “please don’t take me on a durability test”, because this YouTuber throws everything at it.

From the tests he ran we found out that the upgraded glass Steam Deck screen, featuring a frosty finish, can be scratched somewhat easily, so don’t lug it around in your bag unprotected with keys nearby.

In the scratch test for the body, JerryRigEverything found that the text on the buttons is inlaid all the way through – he could shave them in any direction but the X,Y,A,B lettering would still be there.

It’s a nifty touch in an otherwise all plastic body interrupted by only a small metal fan.

By the time he started the flame and bending test, we had to mentally check out because we couldn’t see so much abuse thrown at one device, especially one so anticipated.

You go ahead though, especially if you plan on giving a Steam Deck to a kid.