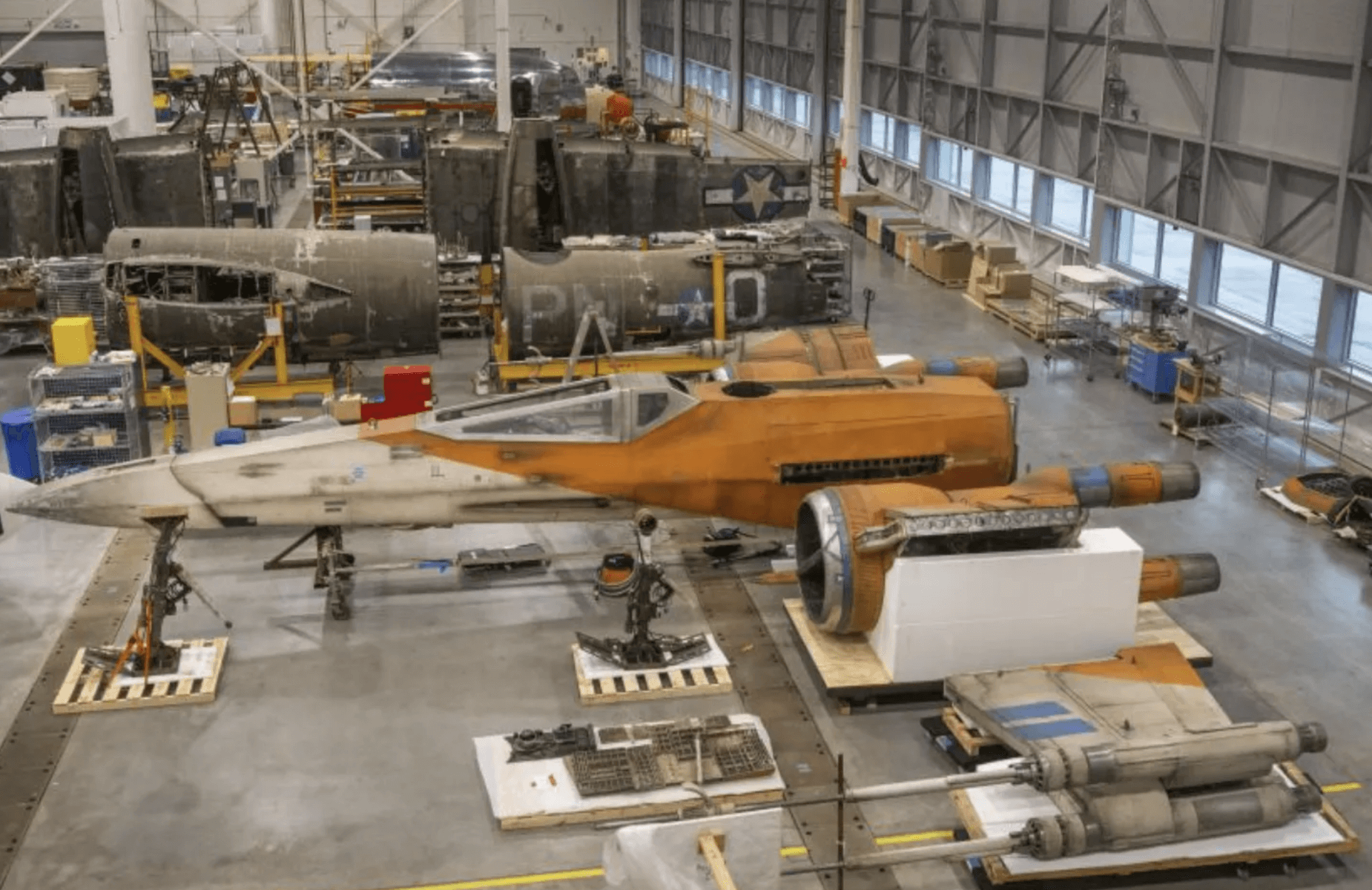 Missed celebrating Star Wars Day on May the 4h? You should soon schedule a Smithsonian visit, as the National Air and Space Museum will have a full-sized X-Wing starfighter on display.

The ship, which has a wingspan of 37 feet, was Poe Dameron’s ship in the 2019 Star Wars: The Rise of Skywalker. Now, this massive prop is on a long-term loan from Lucasfilm and sitting in the Restoration Hangar at the Steven F. Udvar-Hazy Center.

While conservation work is done, the X-Wing will still be visible to the public. After the ship is restored to its seen-on-screen glory, it will be moved into the main museum.

You’ll be able to visit the X-Wing Starfighter right outside the Albert Einstein Planetarium in the National Mall museum.

“All air and space milestones begin with inspiration, and science fiction so often provides that spark – the iconic X-wing displayed amid our other spacecraft celebrates the journey from imagination to achievement,” said Margaret Weitekamp, the space history chair at the museum, in the news release.

This is not the first time the Smithsonian has paid homage to Star Wars and its legacy but it is a significant display, since more than 30 years have past since the last similar exhibition.

Between 1997 and 1999, The Smithsonian had a Washington exhibition called “Star Wars: The Magic of Myth”, which can still be seen today on this website. Be warned: while the X-Wing might look from the future, that webpage is going to send you straight to a dial-up Internet past!