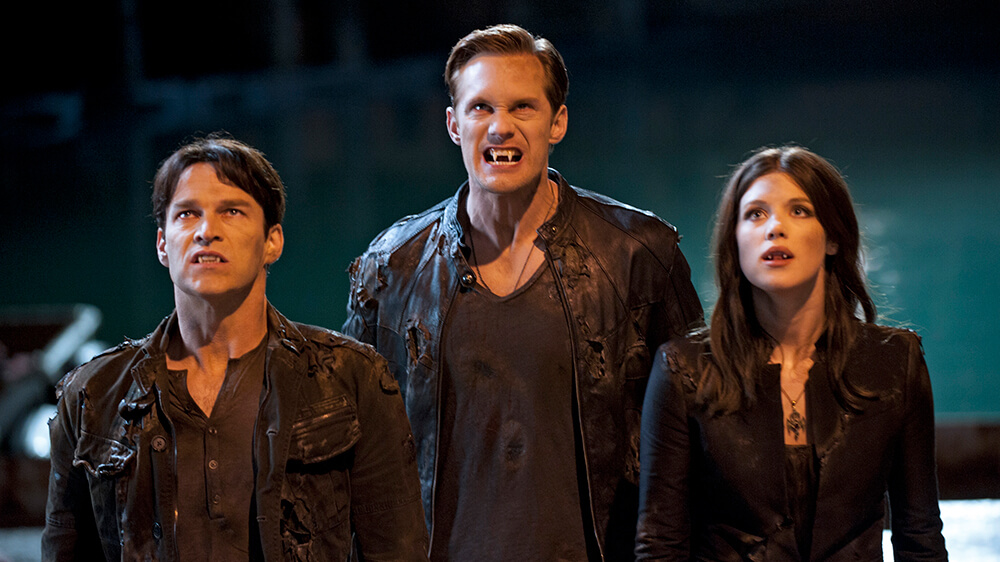 Who asked for this? I didn’t and I bet you didn’t too. Here are the new shows that literally no one asked for – from reboots, to rehashes and to just beating a dead horse.

New TV Shows No One Asked For: Bel Air Reboot

Imma start off with Bel Air, the serious Fresh Prince of Bel Air reboot that’s running on Peacock and Sky. Technically, some people did ask for this, because back in 2019 indie director Morgan Cooper made a trailer for this exact idea – a serious, drama-filled reimagining of Will Smith’s greatest role.

That trailer did good but what came out on Peacock is downright depressing.

Uncle Phil is running for district attorney, Cousin Hillary is an Instagram influencer, and Carlton is so toxic it’s almost unbearable. I don’t know what it is these days with trying to squeeze the very last drop of joy out of movies and shows, but I could have lived without seeing Will as the most annoying teenage brat ever put on screen.

New TV Shows No One Asked For: The Dropout with Theranos Once Again

Also, what is up with all these shows about  scammers? Hulu is preparing to launch The Dropout, yet another story about Theranos and its founder, mega-scammer Elizabeth Holmes.

After seeing The Tinder Swindler, Inventing Anna and now WeCrashed, it was Theranos’ turn to take the spotlight…AGAIN!

We had a documentary about her, now Hulu is betting we want to see the same story once again, only this time with Amanda Seyfried staring at us with racoon makeup. If that’s something that floats your boat, check out The Dropout on Hulu. If not, well I recommend you try TiVo Stream 4K as your TV player – you’ll never have to look for fresh shows and movies ever again.

Try it and thank me later. Anyway, back to the problem at hand.

I can forgive these shows but what’s in store for us next is simply mind boggling. Fantasy seems to be the next best thing on streaming apps, and thank god for my TiVo, because I fell in love with the genre thanks to this dongle’s recommendations…but still, just how much more can we take?

New TV Shows No One Asked For: The Winchesters

CW is betting Supernatural fans are just dying for more Supernatural and would watch a prequel showing how the two brothers were, well, born I guess?

The Winchesters is a prequel series focusing on Dean and Sam’s ma and pa. Nevermind that we got their full story in all of the FIFTEEN years Supernatural ran, they got a franchise to milk.

At this point, I fully expect that 30 years from now, a CW exec will bust in the door of Jensen Ackle and Jared Padalecki’s retirement home and be like… “Y’all got any nephews or something? I got a great opportunity for a fresh new series”.

New TV Shows No One Asked For: Chronicles of Narnia TV Series

If that ain’t bad enough, Netflix has another “brilliant” idea.

They’re working on rebooting The Chronicles of Narnia, the beloved children’s fantasy series, and turning it into a TV show.

Ok, we already had 3 movies, with the last one so bad I try to actively forget it even exists, so why not a TV show too?

I don’t know how they’re gonna handle this one but they’ll definitely have to change a LOT of the source material. Since…you know…the series ends with Susan, the bigger sister, not getting into heaven because she uses lipstick and thinks about boys.

That’s gonna be a challenge 😉

New TV Shows No One Asked For: True Blood Reboot

All is not well at HBO either. This company is also doing a show no one asked for – and it’s a True Blood reboot!

This is as unnecessary as that Life is Strange reboot, considering the original game came out in 2015, so like 7 years ago.

Anyway, the True Blood reboot was announced in 2020 and you could chalk it up as strange pandemic ideas but talk is, this show is STILL HAPPENING.

There’s no official details yet but we do know Anna Paquin said back then that “”We do live in an era of entertainment where the reboot and the sequel have become a currency.”

New TV Shows No One Asked For: Interview with the Vampire TV Series

And if that’s not enough, there’s also an Interview with the Vampire TV show planned at AMC.

You know, that AMC that took the Walking Dead as a smash hit, fired the original showrunner, doubled the numbers of episodes shot for the same budget, then ran it into the ground with 10 more cringy seasons.

But back to Interview with the Vampire. Apparently AMC feels like they can take the fantastic movie with Brad Pitt as Louis and Tom Cruise as Lestat…and make a series out of it.

Here’s who they cast so far. Australian actor Sam Reid is Lestat. And Jacob Anderson, aka Grey Worm from Game of Thrones, will be Louis. Uhmmmmmm…ok?

New TV Shows No One Asked For: Let the Right One In TV Series

Showtime is also rehashing vampire stuff with a TV series based on Let the Right One In, a book that got not one, but two movies – and both of them excellent, I might add.

This is a seriously creepy and twisted vampire story, fantastic as a self-contained story, and it already has two movies. So really, who asked for this?

And finally, I’ll say it once more. Seriously, who asked for this??

New TV Shows No One Asked For: The House of the Dragon Prequel

And when I say this, I say HBO’s House of the Dragon Game of Thrones prequel.

Really, after D&D ran the main show into the ground and pissed off everyone in the fandom, who would have greenlit House of the Dragon and why?

Sure, now, in 2022, I really want to know about Dany’s grandma and grandpa’s adventures. Knowing how Dany literally goes ham at the sound of bells in the dumbest TV series ending ever, so basically knowing the endgame, who wants to retreat her family’s history? Do you?

No, but seriously, let me know if you agree that no one asked for these shows.