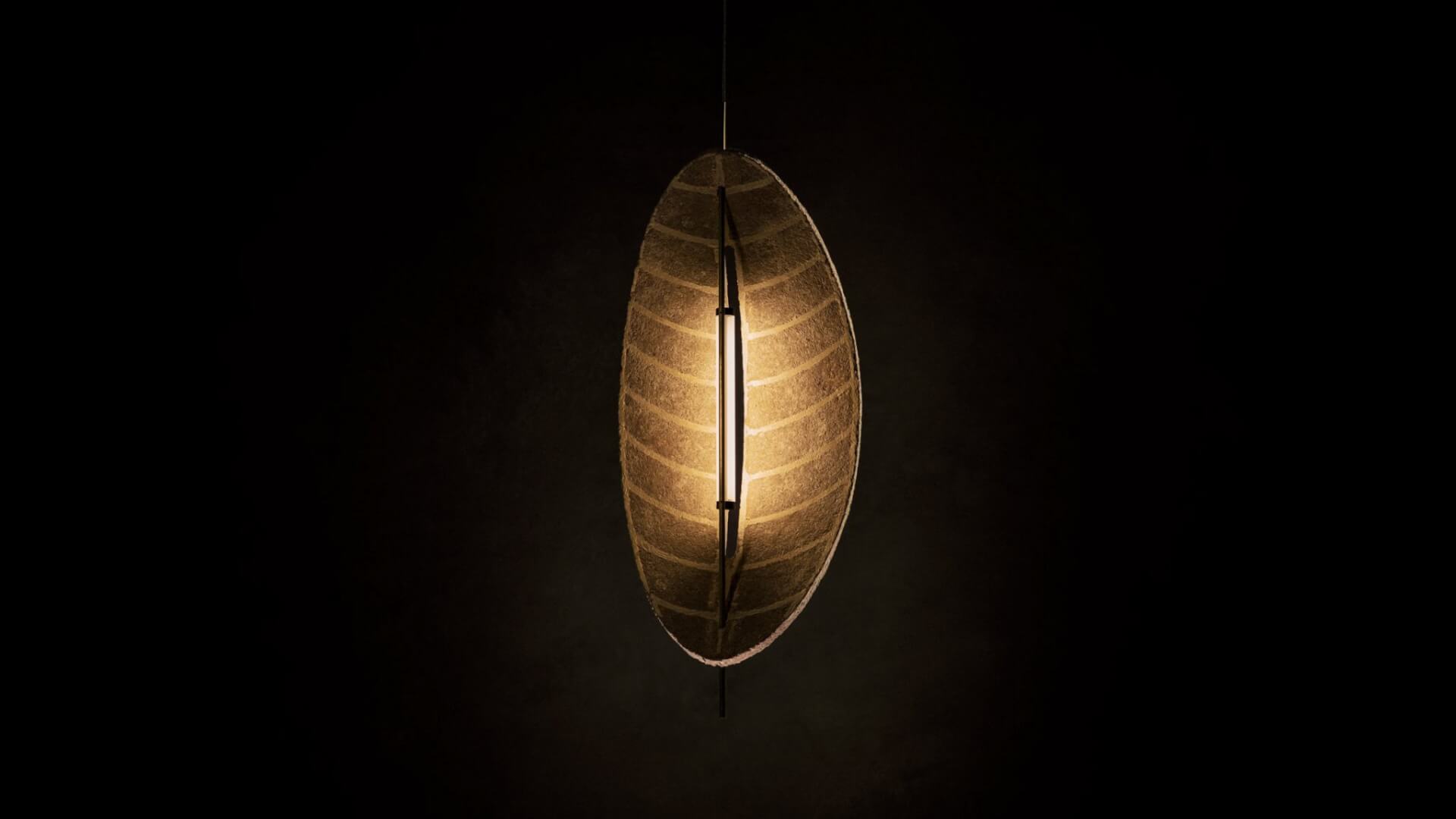 We are nowhere close to using the spore drive to jump across the mycelial network but that doesn’t mean we can’t use mycelia in practical ways… at home. Designer Morgan Ruben decided to forgo shopping entirely and grew himself a lamp.

The Folium light isn’t only leaf-shaped but was created from living organisms that are the roots which facilitate the appearance of mushrooms. However, to obtain that form, Ruben used an aluminium cast mixed with hemp fibre.

Mycelium grew between the fibers and, in doing so, solidified the lamp. However, the process isn’t short at all. To get a lightly-colored lamp, you have to wait at least a week. And, for more brown-ish lighting fixtures, at least two weeks are required.

Can’t mushrooms appear during the growth process? Actually, they could, so Ruben heated up the material at a low temperature until he got the shape desired. Then, LED lights were used to make it functional.

Another nature-inspired lighting fixture by Ruben is Luminosa, made from borosilicate glass and LED lights. The lamp can illuminate a place depending on the movement it senses.

Luminosa can change the intensity of its light and its position when a person or object moves in its proximity. “Instead of being yet another impersonal, inanimate product from the backdrop of our lives, Luminosa hereby becomes an organism-object one can connect to and actively live with – much like a pet,” Ruben explained to Dezeen.