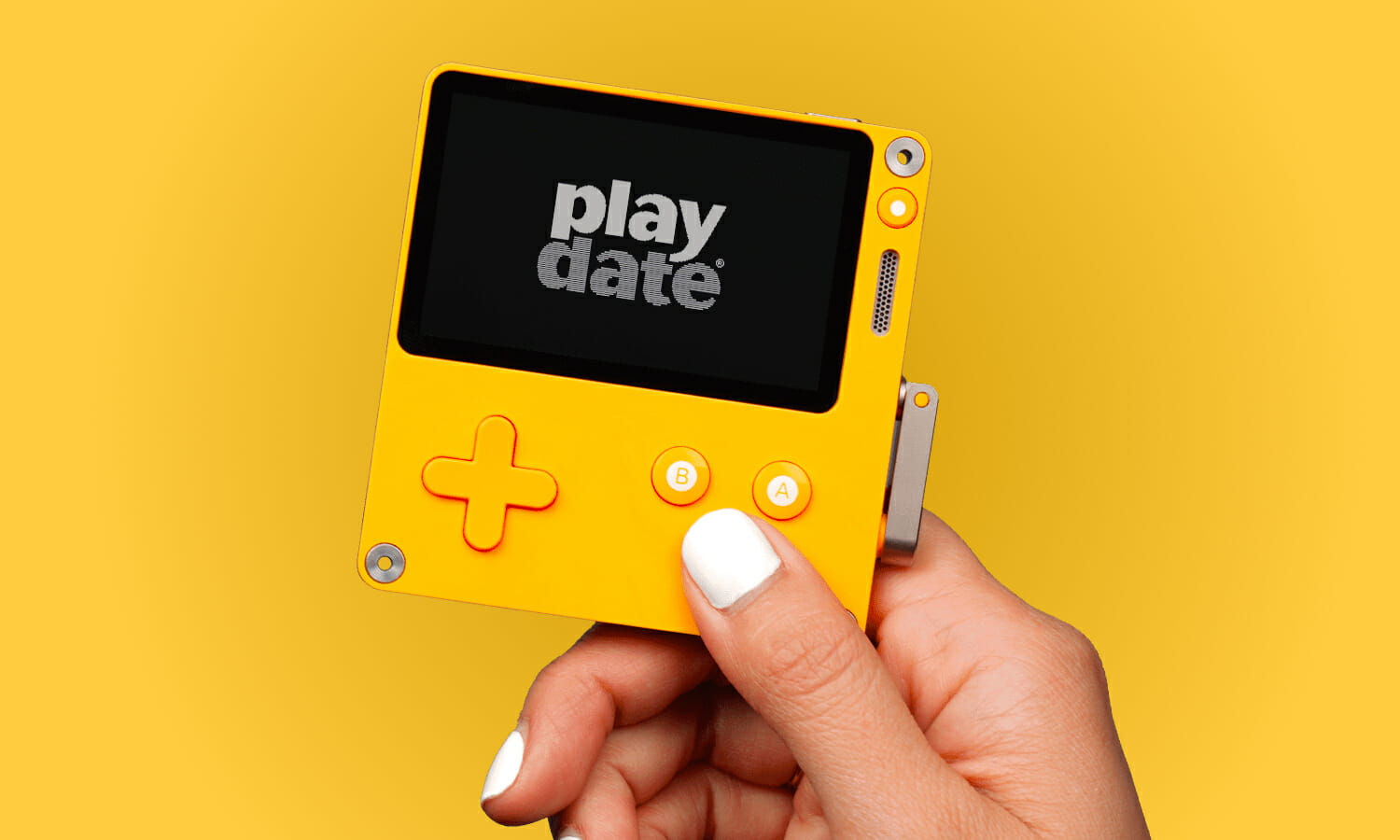 You want to go retro with a tinge of the future at the same time? You might want to give Playdate a shot then.

The Playdate is an adorable handheld console painted in a show-stopping bold yellow that features a d-pad, two buttons and a 2.7 inch high-resolution, black and white screen.

With measurements of only 74x76x9mm it’s surprising that it managed to pack in Wi-Fi, Bluetooth, USB-C, a rechargeable battery, a headphone jack and… a crank (I’ll get to that in a moment).

The console is the brainchild of developer Panic, who has been in charge of publishing Firewatch and the upcoming Untitled Goose Game, and who has decided on a pretty interesting distribution model for the Playdate.

The users will get only one game on the console after purchase but, after that, one new title will become available every week in what the company has called ‘game seasons’, adding up to a grand total of 12 titles who will vary in length and type.

“Some are short,” Panic said, “some long, some are experimental, some traditional. All are fun.” 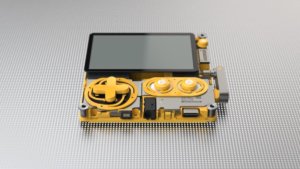 And here’s where the crank comes in: the game the Playdate will arrive with is titled Crankin’s Time Travel Adventure and it will make good use of this little crank.

The title puts the players in charge of making sure Crankin’, the main character, safely arrives to his date with Crankette by navigating through a series of obstacles that can be avoided with the help of the crank, which controls the flow of time by allowing Crankin’ to move backward or forward.

The game was designed by the Katamari Damacy creator Keita Takahashi.

Other game developers have the option of adding the crank into their own games if they want to, but Panic didn’t release any information about the upcoming titles and chose to keep it all shrouded in a bit of secrecy.

“The games will remain a surprise until magically delivered to your device,” Panic said.

It’s unknown what will become of the console once the initial 12-game run is completed but if the Playdate will generate interest, Panic stated on the devices’ website that it will continue to release more game ‘seasons’.

The Playdate will cost $149 and will ship sometime in the early 2020. Stock will be limited but you can sign up on the official website for more details or if you want to be notified when the product becomes available for purchase.