This Sensor-Filled Sleep Bot Is Made for Snuggling 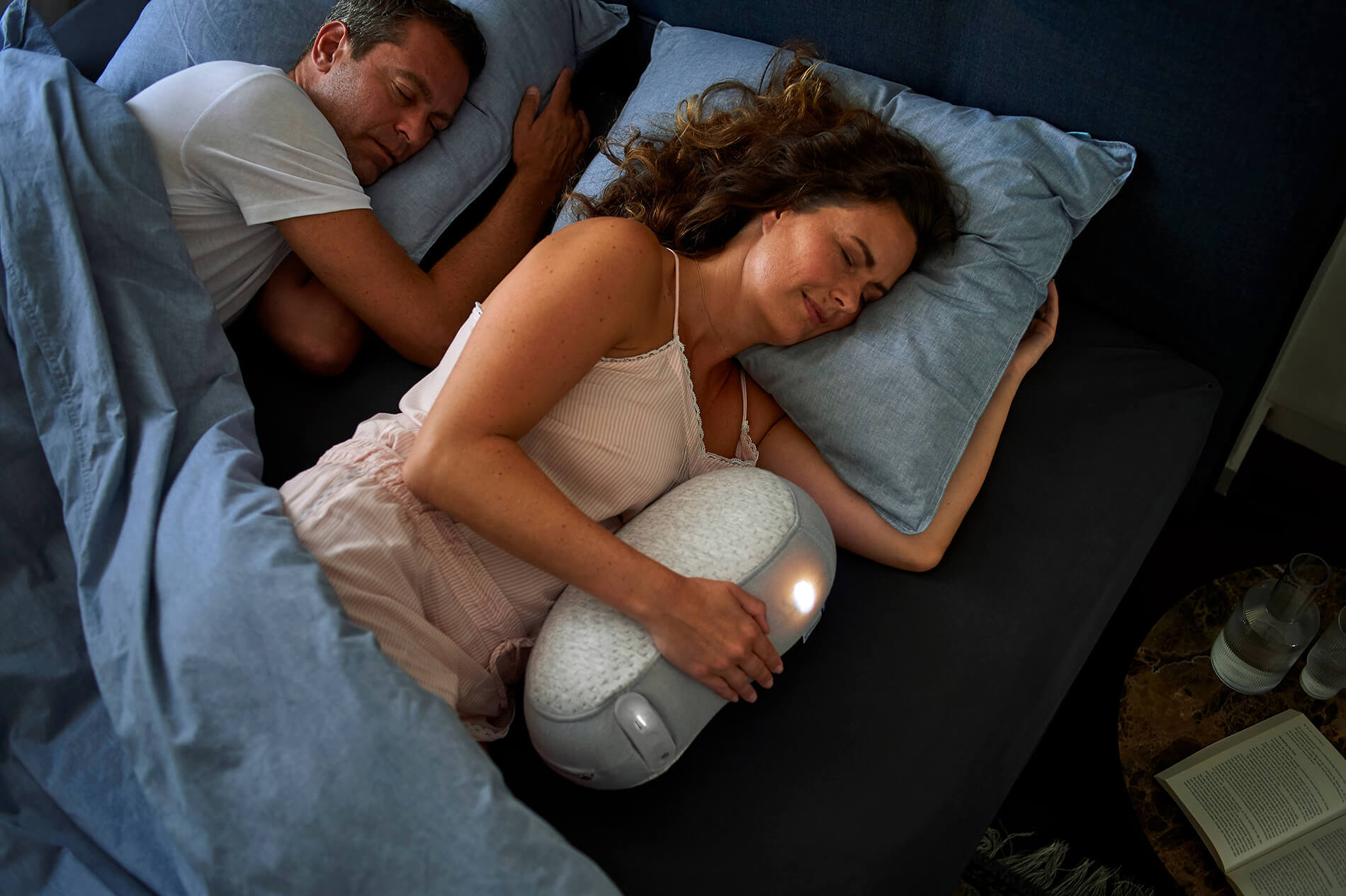 Launched this month, the Somnox Sleep Robot is the first robot designed to help you achieve a better sleep routine. The Somnox Sleep Robot’s rhythmic movements and sounds are meant to get you into a relaxed, zen state, fall asleep faster and basically feel cozy.

The snuggle buddy weighs just 2.5kg reminding us of a teddy bear. Shaped like a jelly bean, the robot is about 35cm long and its middle is coated in dense foam like that of a sofa cushion. This combination of soft texture and small dimensions makes you think of a small baby.

The company sure likes to keep things fun – even the instruction manual comes with a “birth certificate” for the sleeping buddy, so you can begin naming it and decide on the gender.

On one side of the gadget, you will find a small control panel featuring an on/off button, volume control and charging port, as well as a battery indicator and a Micro SD port for uploading audio. To change its settings, you can use the Somnox app, which is connected to the robot over Bluetooth.

The Somnox Sleep Robot is also your sleep Dj, as it can play sleep music and emit whale song or white noise, loud enough to create an ambient sound in the whole room or soft enough so you can sleep on it.

The highlight of the experience? The Somnox Sleep Robot can breathe.

Pressing the on button and hugging the robot makes it expand and contract with a rhythmic whirr. The idea is to synchronize your breathing with the robot’s and put you to sleep. You can customize its breathing rate in the app – if you use iOS or Android.

Somnox also offers reports which include research into different breathing practices on its website. According to Baginda Tirtadji from Somnox, the company is looking into activating a new “adaptive breathing” feature which will let the sleeping device pick up on your breathing rate in order to synchronize with it. The robot has the sensors needed to complete this task, so the transition will be smooth.

The app also features the ‘Nap’ and ‘Relax’ functions, but apparently, they are not significantly different from the ‘Sleep’ mode. Somnox claims the robot lasts for 10 hours of breathing, depending on the mode you’re using.

The sleeping device is now shipping globally for the cost of £550/599 euros. Would you invest in better sleep quality?