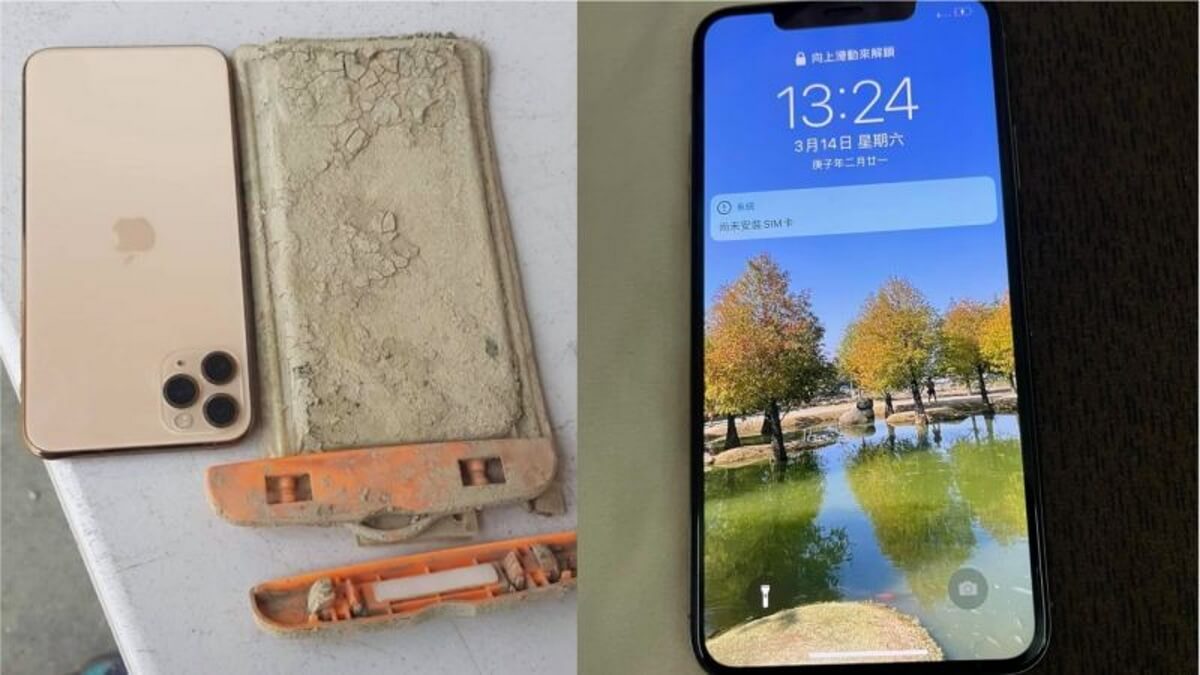 Not long ago, we saw the story of an iPhone 11 which spent a month at the bottom of a lake and emerged fully functional, and now another iPhone manages a similar performance.

A tourist in Taiwan luckily recovered their iPhone a year after dropping it in a lake – and fully functional too!

This unlikely story is however not a testament to iPhone 11’s durability but that of its pouch.

If the first story had an iPhone actually spending a month submerged under water with no protective case, this one dropped in Taiwan was sitting in a protective pouch designed to safeguard against water damage.

“Chen wrote that he had been wearing the phone around his neck while paddleboarding on the lake on March 15 of last year but frequently lost his balance and would flop into the water. He stated that on one of the occasions when he fell off the board, the phone disappeared,” reported Taiwan News.

Who knew a plastic pouch could help so much?

If you’re also wondering how the tourist could also find his phone in a lake, the answer is simple. Due to the drought, the water receded and the phone was found on the shores.

“Locals told him the location where his phone was found had not seen the water fully recede in 50 to 60 years,” added Taiwan News.