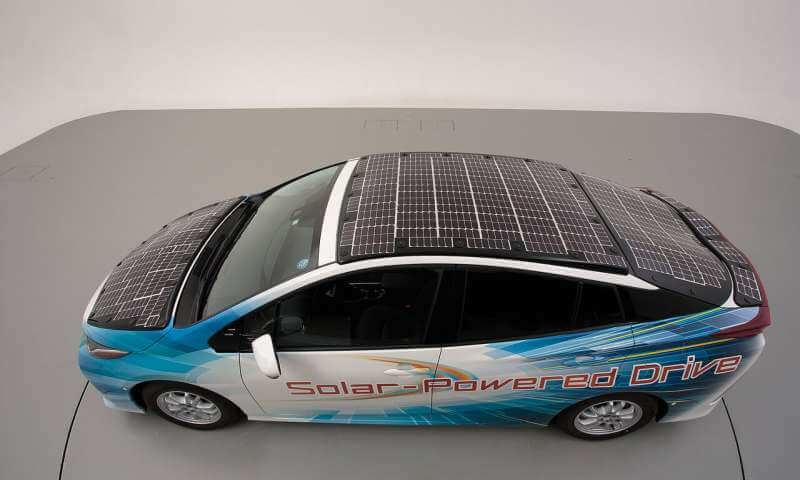 Toyota first made solar panels available for its cars back in 2010. Back then, the solar panels were used to charge the car’s auxiliary battery, which is responsible for the secondary systems. Now, the company decided that it can improve on that idea and deliver solar panels that can offer five times the power the previous models did and add up seven times the amount of range too.

Toyota does not yet make fully-electric vehicles so the new design is aimed at the plug-in hybrids.

The solar cells are wrapped around the top part of the vehicle’s body: they’re present even on the hood and the rear hatch door of the car.

While it might sound difficult at first glance, this wrap-around design easily achieved that because the new cells are made out of a thin film that’s around 0.03mm thick, which means that they can fit around the curves of the car more easily than ever before. They also deliver around 860 watts of power.

Thanks to some changes made to the way the power is being fed into its system, the solar cells now work even while the car is being driven.

This new system can provide up to 27.7 miles (44.5km) of extra range daily if the car is parked and allowed to bask in the sun. In addition to that, it can juice up an extra 35 miles (56.3km) worth of power to the driving system and the auxiliary power battery, which powers up the AC, among other things.

Toyota will start testing the car on public roads in Japan sometime later this month but the car will be driven across a number of regions that will put it to the test against rougher weather and different driving conditions.

For now, there’s no word when we’ll see it go to production.