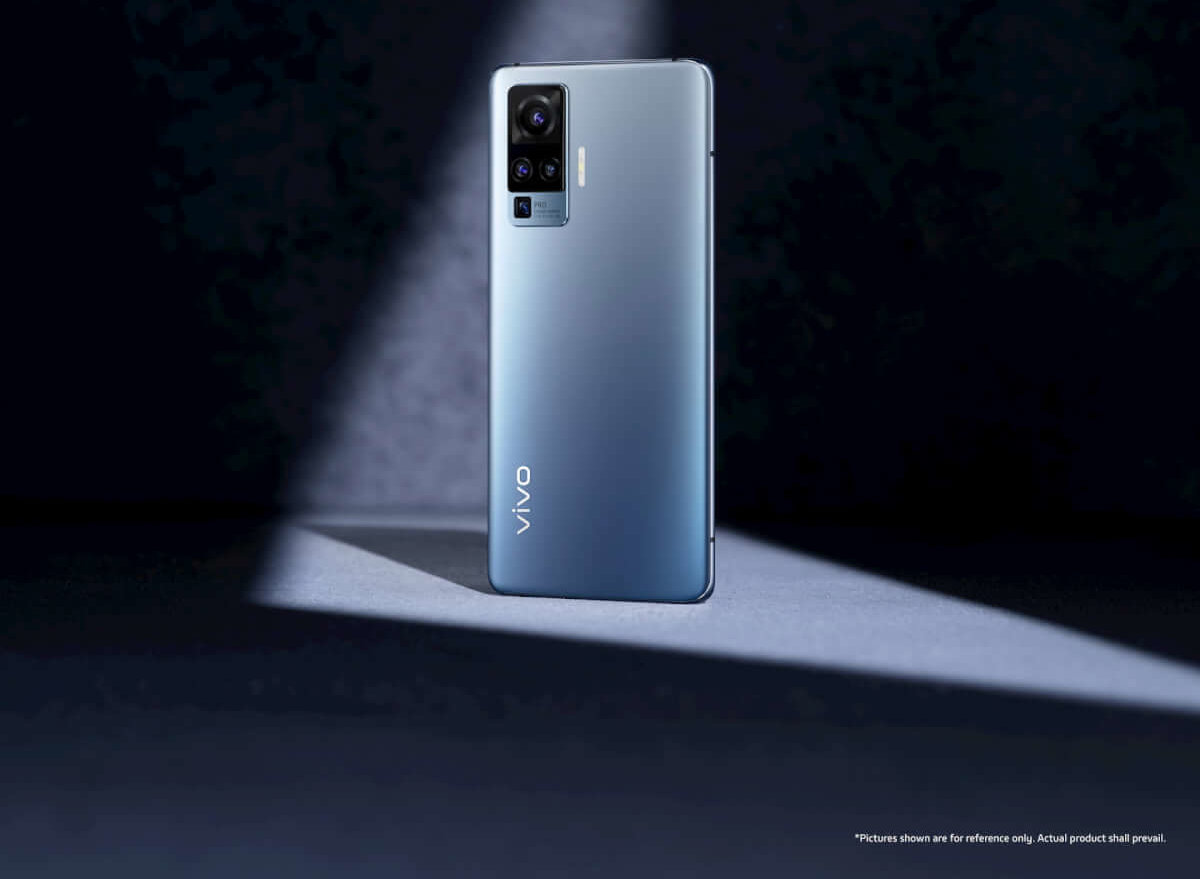 Vivo, one of the most promising smartphone brands from China, has finally announced today that they’ll be expanding globally. Their new phone series, the X50, will cross borders and sell in EMEA and APAC markets, including India, Indonesia, and others. Why is that great news? Because their July flagships are nothing to scoff at!

The Vivo X50 and X50 Pro are gorgeous devices with beautiful gradient glass backs; X50 Pro comes in “Alpha Grey”, which was inspired by the silver-blue of the sky, says Vivo, while the X50 comes in “Glaze Black” or the fluid and light “Frost Blue”.

The displays draw the eye in an equal manner, as the bezels have been narrowed further with just a punch hole in the left disrupting the line. As a matter of fact, Vivo says the X50 is one of the slimmest 5G phones out there, as the company explained to us how much design matters to them when producing a phone.

Design and cameras, that is. Vivo is notorious for its camera innovations and this line isn’t any different. X50 Pro, as a matter of fact, comes with the market-ready version of Apex 2020’s gimbal camera system.

To understand whether the frame is stabilized, the user just have to pay attention to the Gimbal Radar, an on-screen animated ball. The gimbal system works in tandem with OIS and EIS providing, probably, one of the most advanced stabilization camera system on a phone.

Camera-wise, expect a quad module on the X50 Pro model comprised of a 48MP main one, an 8MP super wide-angle, a 13MP for professional portrait taking, and an 8MP 5x tele shooter (60x hyper zoom).

As any flagship geared towards photographers, it does have two special night modes, a Super Night Mode and an Astro Mode. For selfies, you’ll have to rely on a 32 MP front shooter.

As far as performance goes, X50Pro has the Snapdragon 765G under the hood which makes it eligible for 5G, depending on the user’s country. Speaking about that, there’s no word on pricing yet, but we do know it will depend on the territories Vivo is targeting. Stay tuned for Vivo X50 series release in the following quarter!