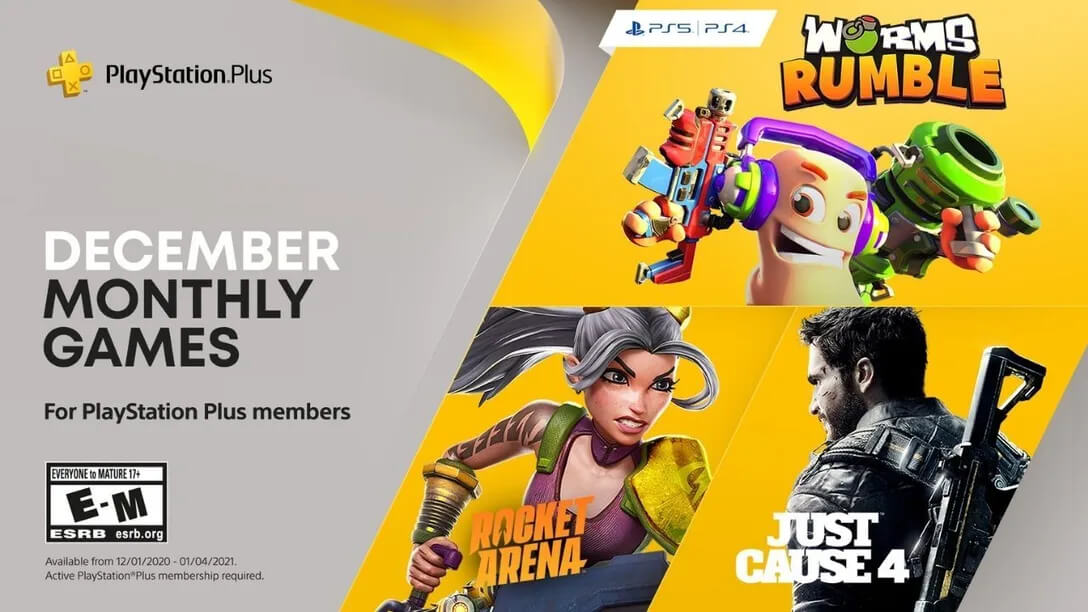 The December PlayStation Plus free games have been announced on the PlayStation Blog. The three games are Worms Rumble, Rocket Arena, and Just Cause 4.

Worms Rumble is an “intense, real-time, arena-based 32 player cross-platform” all-out shooting battle royale and deathmatch. The game has its signature Worm’s look – cartoon hectic is the easiest way to describe it.

The game will launch free through PlayStation Plus, but will also go on sale on PC.

Rocket Arena is a 3v3 arena-based shooter replete with unique characters and gameplay styles. The title hints at its focus on movement and verticality, atypical for arena shooters. The game has already had some success, with a relatively vibrant competitive scene.

Just Cause 4 is the final free PlayStation Plus game and the only single-player experience. Described as “an action-packed open-world sandbox experience,” the player is set on a violent and chaotic adventure in South America.

Additionally, on the weekend of December 19th-20th, non-PlayStation Plus members will be able to try online multiplayer if they own games with that feature.