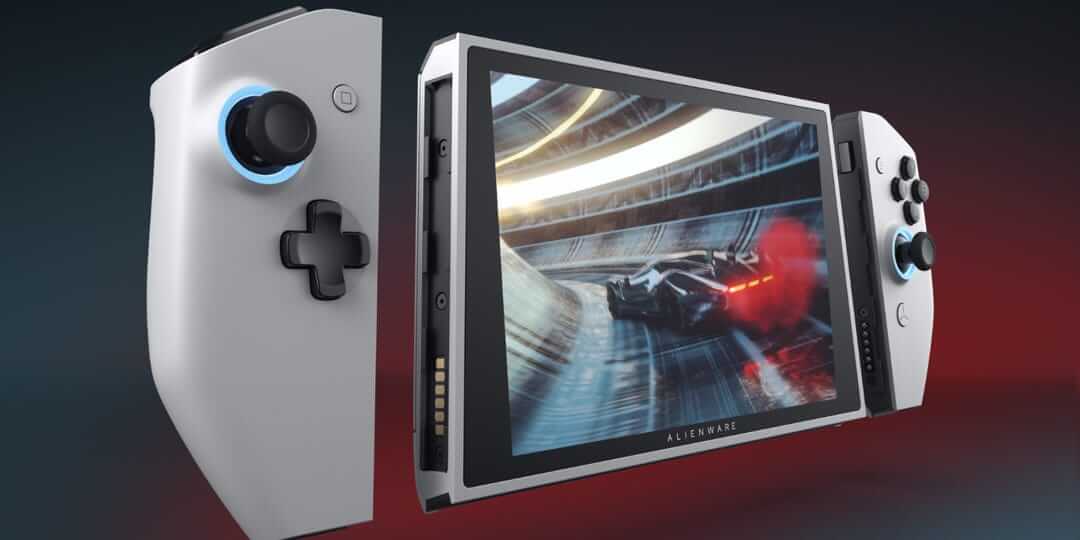 Dell showed up at CES 2020 with a new concept for PC gaming.

How about you take the Nintendo Switch but basically play PC games on it. In a nutshell, that’s what the Alienware Concept UFO prototype does.

The portable console is actually a Windows 10 tablet with an 8-inch screen that’s a bit bigger than the one on the Switch.

On the sides of the tablet, there are two detachable controllers that can also join up, using a separate device, into a classic game controller.

The Alienware Concept UFO prototype also features a kickstand so you could use it as a monitor while you game on the controller.

Besides using Windows 10 and having a 9th-gen Intel processor, we do not know what’s under the hood of this tablet.

Dell has kept this part under wraps: “As far as detailed specifications, nothing is fixed for now. I can say we are considering a wide variety of options. […] It all depends on what the desire for Concept UFO is. The way it was specced and designed could be totally different in the next round.“

We do know it’s pretty powerful stuff, as the demos at CES showed Mortal Kombat 11 and Rocket league running smoothly.

Considering this Alienware concept runs Windows 10, that means you could play your entire library, whether it’s on Steam, Epic Store, Origin, or the likes of Humble Bundle.

The whole “Concept” thing in the name of this promising console means that it’s definitely not ready to hit the market yet.

What Dell plans to do with it, we don’t know – in the words of their PR, there are no “timelines tied to them, unfortunately,” but we’d definitely down for PC gaming on the go!

Update 11/27: statements from Dell representatives regarding the specs and plans for the release of the Alienware Concept UFO.