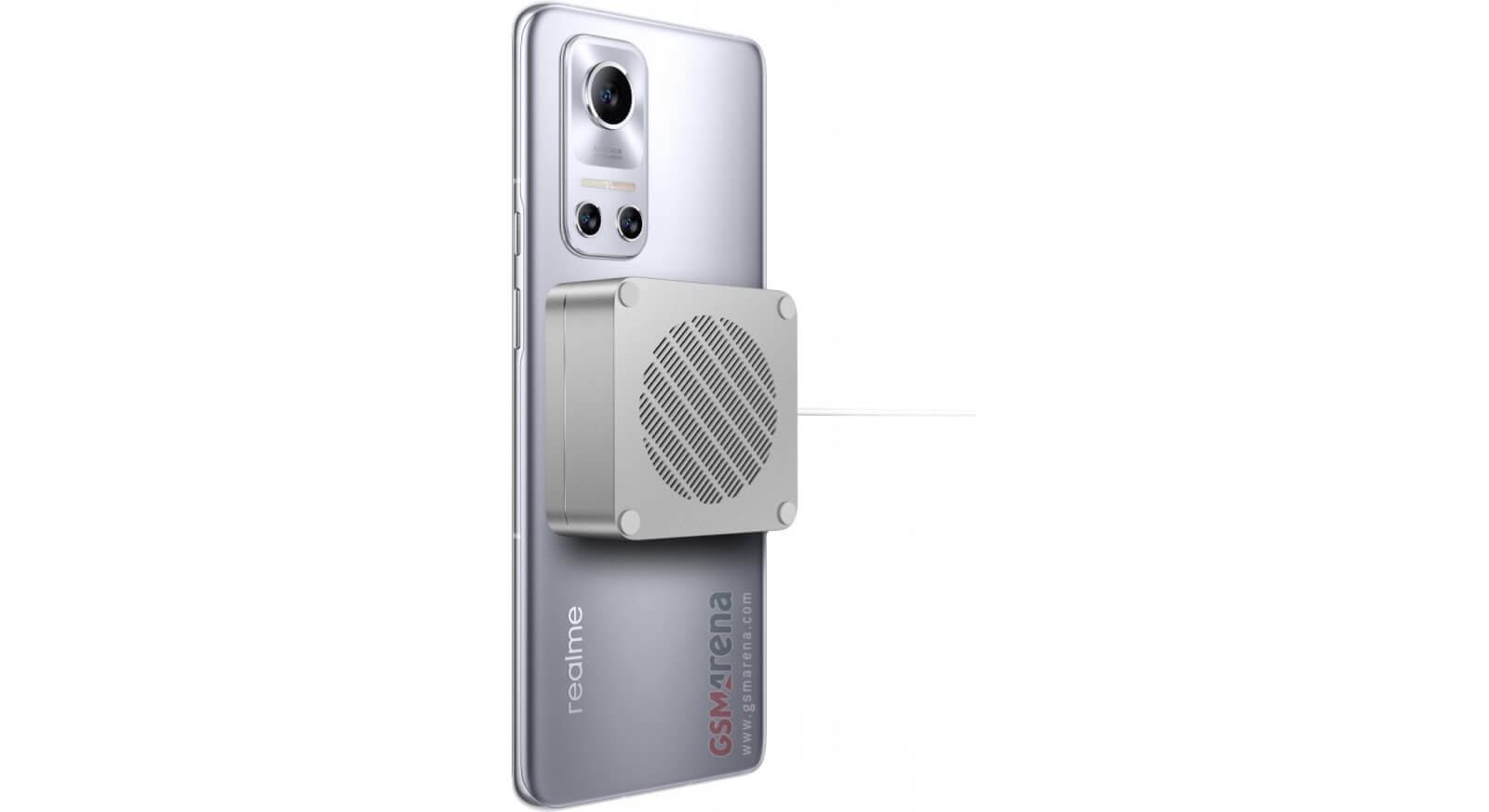 Did you think Samsung would be the first to have an Android MagSafe alternative?

Prepare to be surprised, because Realme is actually the first brand to do so.

The Realme Flash uses the Realme MagDart, the company’s own version of Apple’s MagSafe technology.

The MagDart clips on the back of the RealMe Flash and comes fitted with a fan to help cool the phone during charging.

Thanks to that fan and an extra USB-C connector, this accessory is significantly larger than Apple’s solution.

According to an exclusive report from GSMArena, the MagDart charging speed will exceed 15W and the company wants to hold the title for “world’s fastest magnetic charger”.

As for the phone itself, the Realme Flash comes with the specs you’d expect from a flagship phone in 2021.

While you can see from the photos that the Realme Flash has a triple camera on the back and a selfie one in a punch hole cutout on the top left corner, we don’t know yet what the specs of those sensors are.