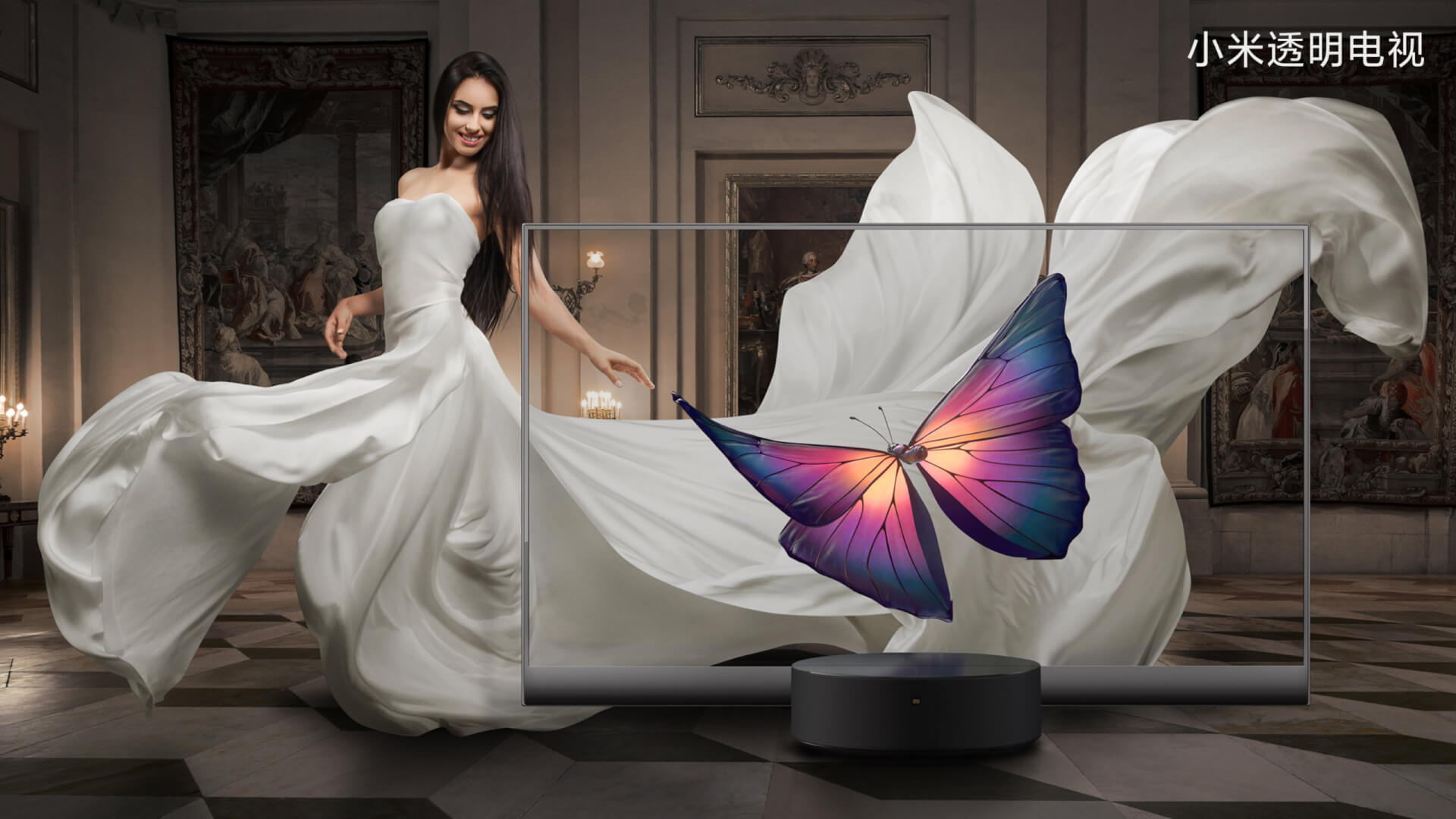 Xiaomi’s third announcement during its 10th-anniversary event can be considered a slice of the future to come. Mi TV LUX Transparent Edition represents the first-ever transparent display that Xiaomi ever produced and comes with a hefty price tag: RMB 49,999, around US Dollars 7,200.

The Mi TV LUX is the world’s first mass-produced transparent TV with an edge-to-edge transparent self-luminous display, capable of projecting images that seem to be suspended in mid-air. According to the Chinese manufacturer.

The new TV is seeking to combine cutting-edge display technology and exquisite industrial design to contest the future TV appearances, as when the is turned off, the Mi TV LUX looks like a mere glass display. The TV will come with a 55″ transparent OLED panel, a 150000:1 static contrast ratio, and an infinite dynamic contrast ratio. Leveraging its DCI-P3 93% color spectrum support, Mi TV LUX has also a 10-bit panel capable of displaying 1.07 billion color combinations, an extra-wide color spectrum far beyond what the human eye can perceive.

Similar to other models produced by the company, the Mi TV LUX is also equipped with an AI Master Smart Engine, along with the MediaTek 9650 custom-made TV chip, capable of over 20 optimization algorithms and dedicated optimization for 5 major use scenarios, making the device intelligently refines graphic resolution to create vibrant pictures. To note, the TV comes with a 120Hz refresh rate and 120Hz MEMC technology, with a 1ms fast response rate to access the gamer market.