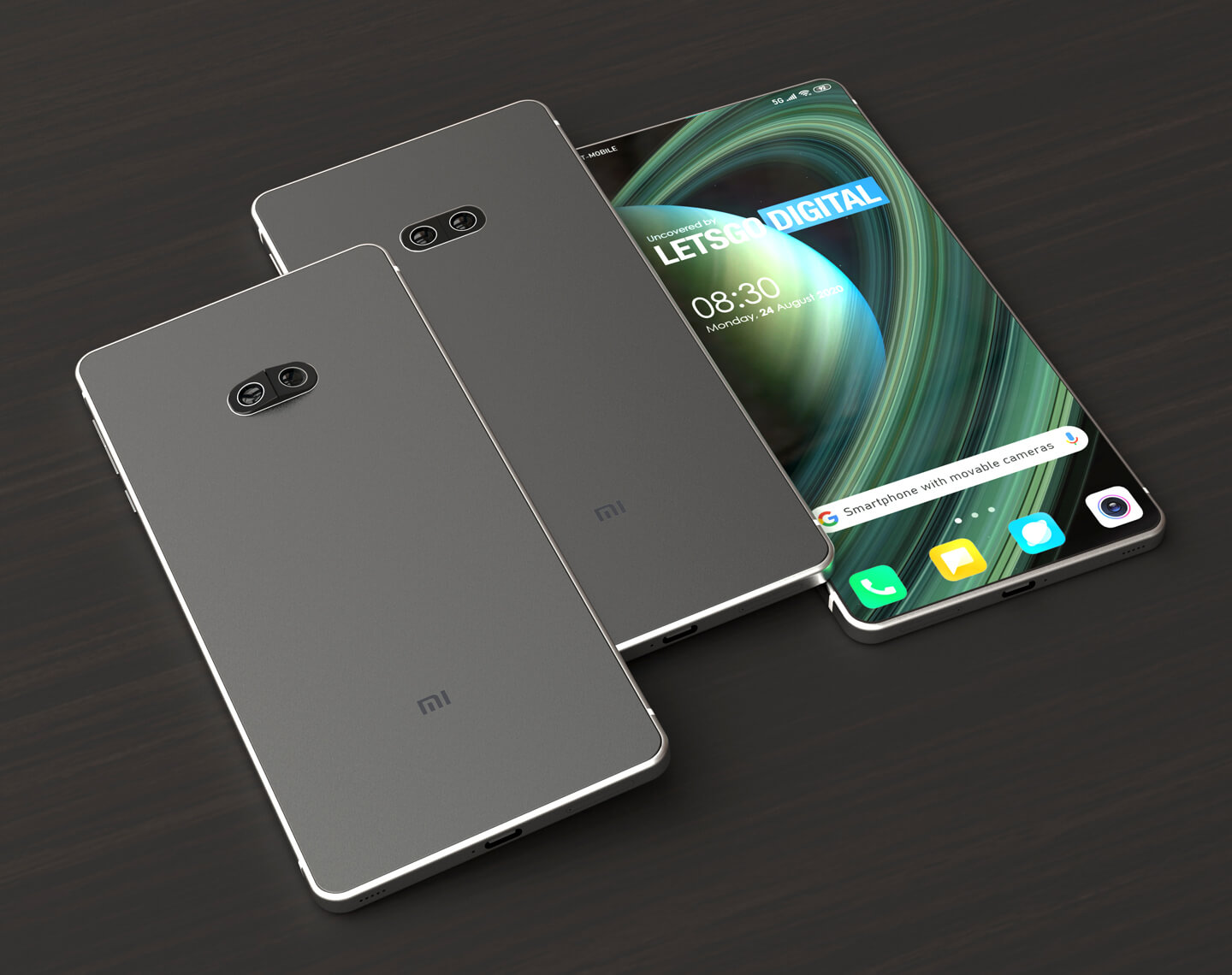 The presence of a camera notch has been around for some time, some manufacturers choosing to use the space to provide a better quality picture, and, in some cases, multiple lenses. Xiaomi is planning to use the notch for a new purpose, by implementing a dual-camera array, capable of pivoting on a predefined axis, providing, as a result, richer detail in wide-angle shots. 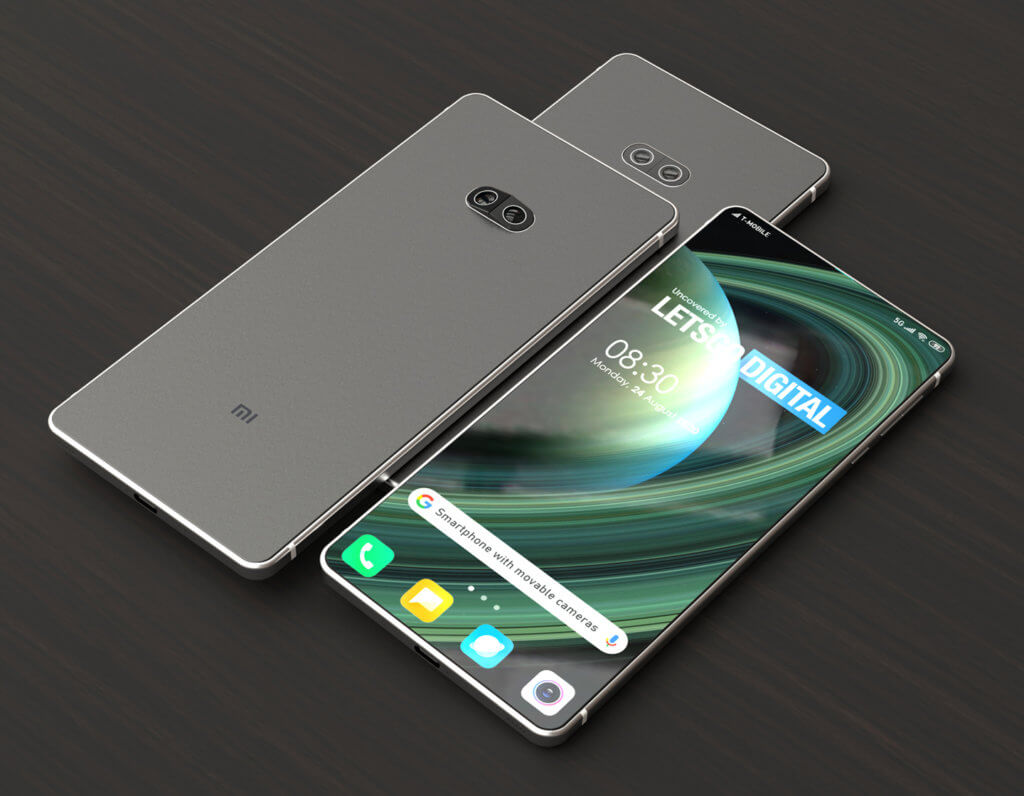 The mock-ups, as usual, come from LetsGoDigital and are based on Xiaomi patents made public some time ago, which revealed the novel camera solution. The Chinese manufacturer plans to fix both cameras on a movable flat structure that can change the cameras’ viewing angles. The two cameras can also pivot to widen their field of view, or, by using two previously taken shoots, it can join them to create a wider-angle image, than previously was not possible on mobile. 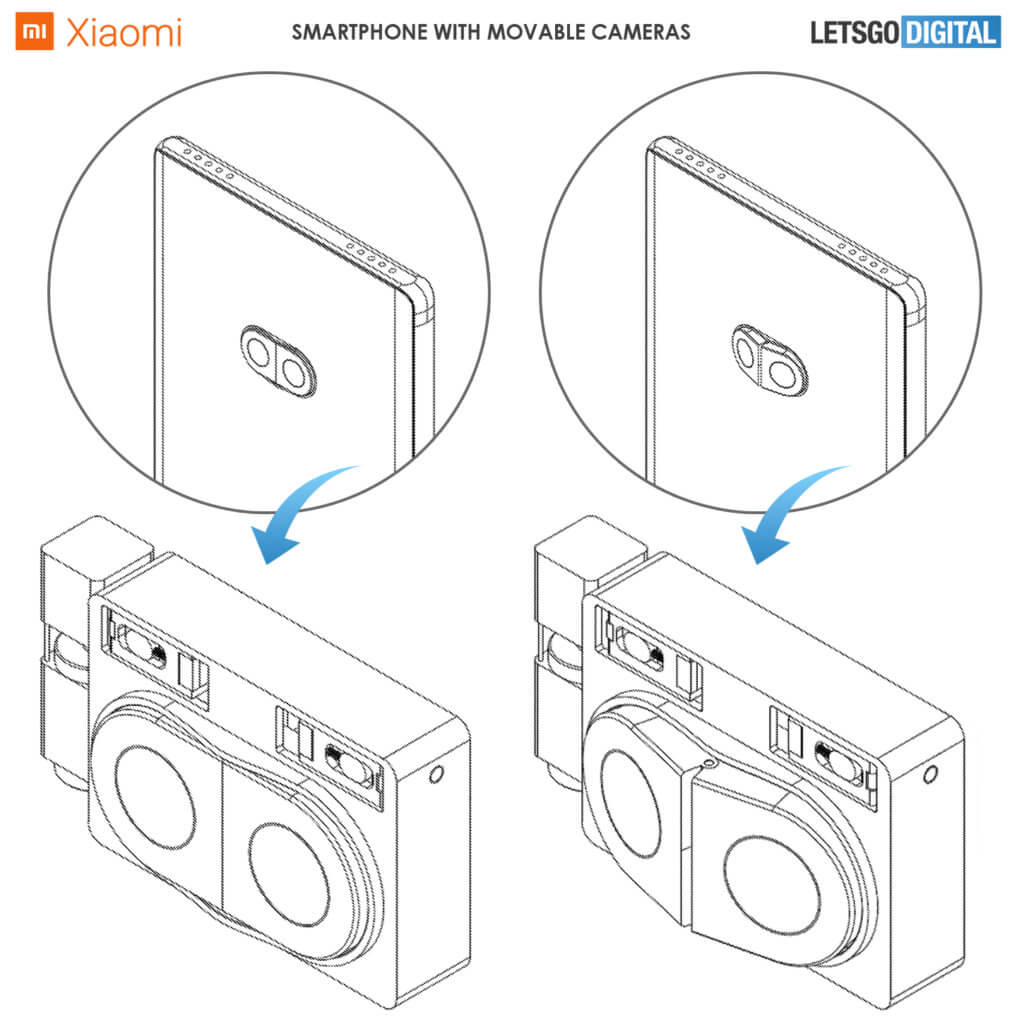 The Xiaomi patents, don’t indicate any specific camera placement, just detail how the dual-camera array works, so the final arrangement that the phone manufacturer chooses to use, is not final. The LetsGoDigital is an exercise in creativity, and not at all a representation of the final product. 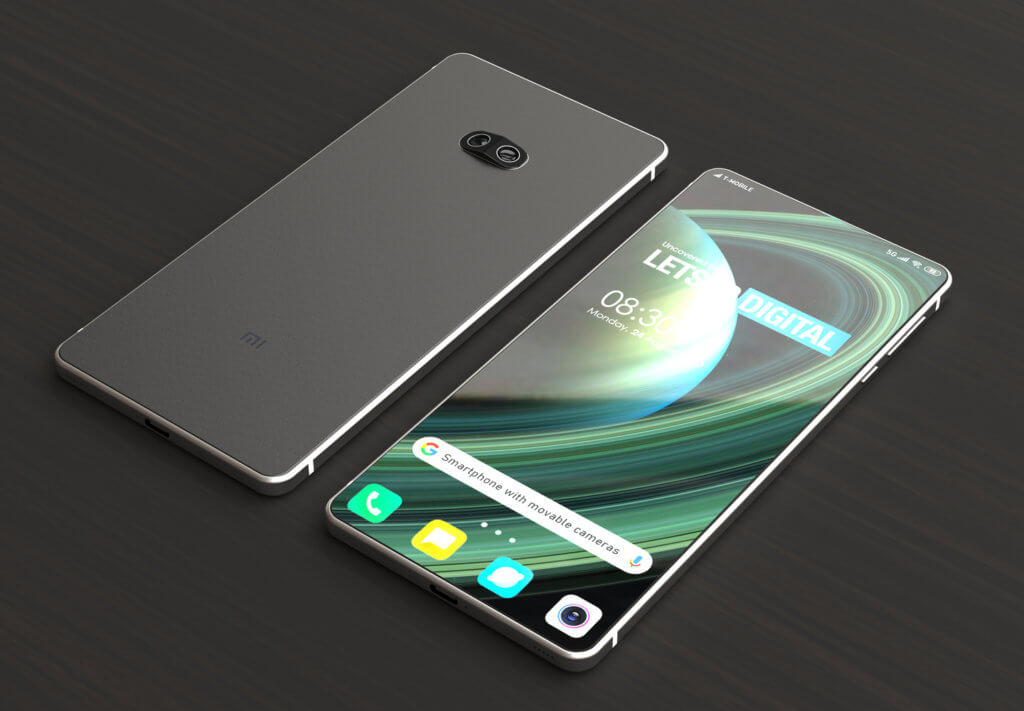 The idea to use two identical cameras to capture wide-angle scenes, as opposed to the way traditional phones do it, by taking ultra-wide shots with one camera, poses some problems. For example, the fact that the manufacturer needs to implement a macro and zoom shooter on the phone, and the fact that a system like this one adds to the fragility of the unit. A drop, if the camera array is not secured, can break any future camera use, because of potential camera misalignment.