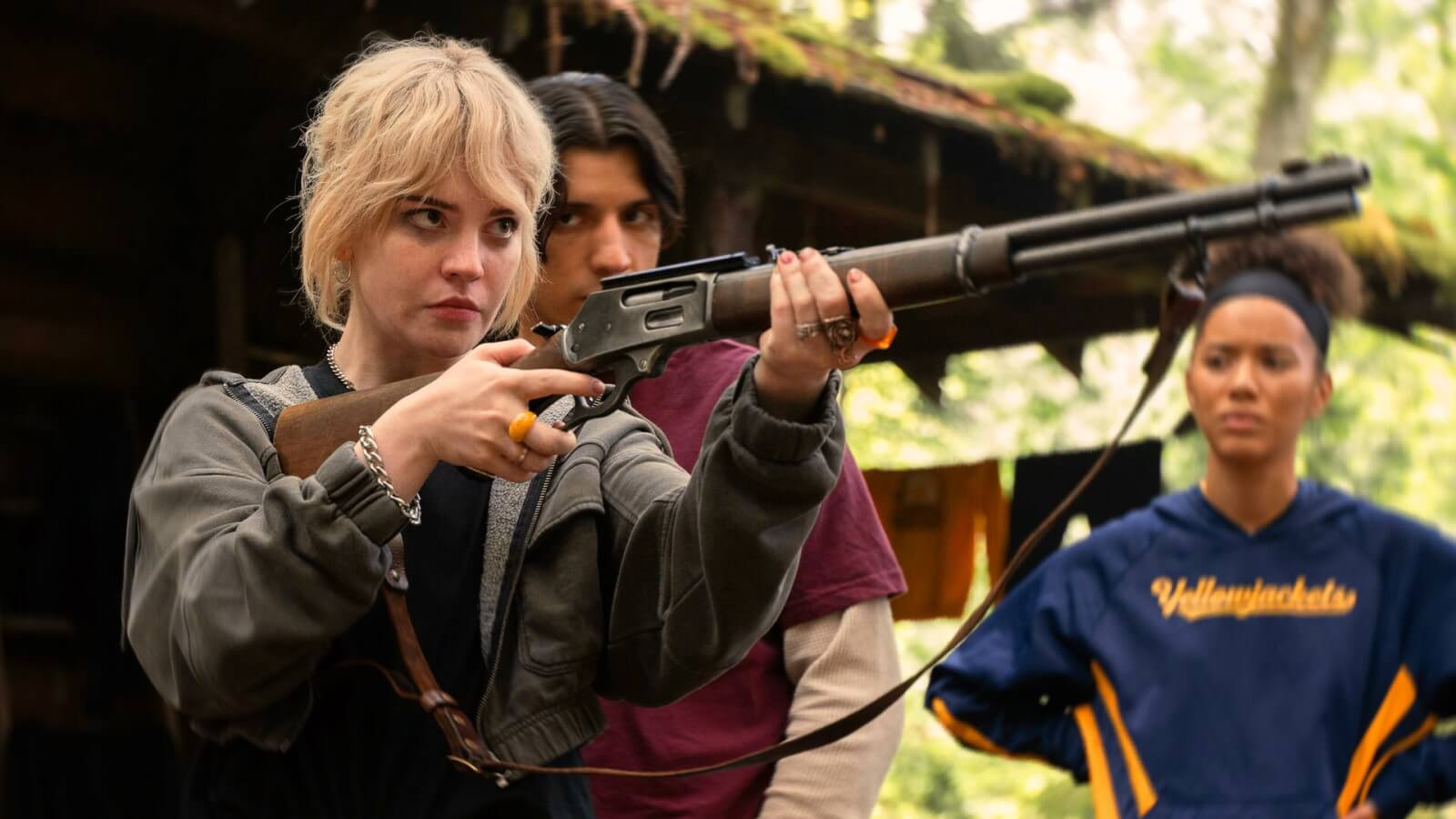 The end of Yellowjackets is almost upon us but there are so many unanswered questions! With everyone wondering how the screenwriters could possibly tie all the mysteries together and give us answers, I thought I’d get ready for the finale by gathering all the major theories.

Which one do you think makes the most sense? By the way, spoiler alert if you haven’t seen episode 9 yet!

So basically right now I’m binging on every new series my TiVo Stream 4K shows me, and they’re good ones to be honest, but my mind is always on Yellowjackets. Whodunit, who’s the antler queen, what happened to Shauna’s baby, how are they gonna wrap this up?

I haven’t been so into a series since the first couple of Game of Thrones seasons and we’re so close to the end but so SO confused, it’s almost impossible to guess where this series might go next.

Here are some of the theories that I think make the most sense – but keep in mind, the writers have five seasons planned, so anything is possible!

Theory 1: Misty is a serial killer

I saw this theory floating around the Yellowjackets subreddit and it does make sense.

From everything we’ve seen about Misty, including the very first episode where she let a rat drown and watched it intently, this is one character that has everything they need to be the big baddie.

As this redditor put it, she also has an impressive movie collection of people tied to the bed, including Misery, so it’s very on the nose that she could have orchestrated the entire situation to kill most of the original group but still look like a helpful, if annoying friend.

However, much as this theory makes sense, I do think that the reverse could also happen.

Theory 2: Misty is the nicest of the Yellowjackets

My theory: Misty is just a harmless…sure, annoying, person.

Time and time again, Misty is shown as a person that just wants friends and to be loved. Because she’s a bit clingy, she’s always marginalized, but that doesn’t stop her from still trying.

She is the one to have saved Coach, after all, she does support Nat in more ways than one *Victor rubs his nose like he just did coke then coughs*…if you know what I mean…and she’s always ready to help.

I think it’s way too obvious that she’d be the truly evil one and impossible to see her as proposing the cannibal idea.

Theory 3: Nat is the major killer

For that, my suspect is Nat.

Yes, Nat. Hear me out. My third theory is that Nat is the key to everything.

First off, there’s no doubt in my mind that the original Antler Queen, the one you see presiding over the team in the first episode, is Lottie.

After episode 9, it’s clear that she’s more unhinged than ever aaand has the charisma to convince the girls to follow her. I do think she’s the one who ends up making them engage in cannibalism, but I think Nat will kill her fast.

How do I know?

Then, Taissa said in the present day that, if it weren’t for Nat, none of them could have made it out of the woods.

Sure, she might have meant that Nat was the hunter and kept them fed, but I do think Nat eventually hunts down Lottie and puts an end to the insanity.

And, to be honest, I think that Nat is actually the killer for most of the people you don’t see. She’s tough, she’s badass, and she has plenty of motivation, especially in the context of her teammates trying to murder Travis.

I think that, even though they didn’t show it properly in episode 9, Javi, Travis’ brother, got accidentally killed during their weird, drug-fueled hunt.

They left him drugged out in the woods and showed him lying down right as they were showing Adam getting shanked by Shauna, so I do think this is a parallel that really tracks.

The only thing that doesn’t really fit is Van… I don’t see her killing van in any way, since she’s pretty cool… nor Coach, for that matter… but you know, Lottie could have offed Coach in one of her insane times.

Theory 4: The reporter and Adam were in on it

And lastly, and this is my tinfoil theory, I think the reporter chick was in cahoots with Adam. Did

Did they ever confirm that she was paid by Taissa? I don’t remember anything like that and it’s clear that the reporter knows a lot more than we think.
I don’t think that Adam is Javi all grown up, because the ages don’t match, but I did see a theory that makes a lot of sense.

What if Adam was actually Coach’s son? Right before the plane crash, they showed Coach having a wife and it’s possible that she was pregnant. That would explain why Adam has that stylized mountain tattoo and why he was so into the Yellowjackets. What if he was the coach’s son and working together with the detective/ reporter to find out what exactly happened to him.

What do you think? Does this make sense? Drop your Yellowjackets theory in the comments below and let’s talk…cuz I can’t wait for that season finale. Also, please don’t forget to like and subscribe to my channel if you haven’t already, it really helps me out a lot!