Google Maps Will Tell You When To Switch Trains - TechTheLead 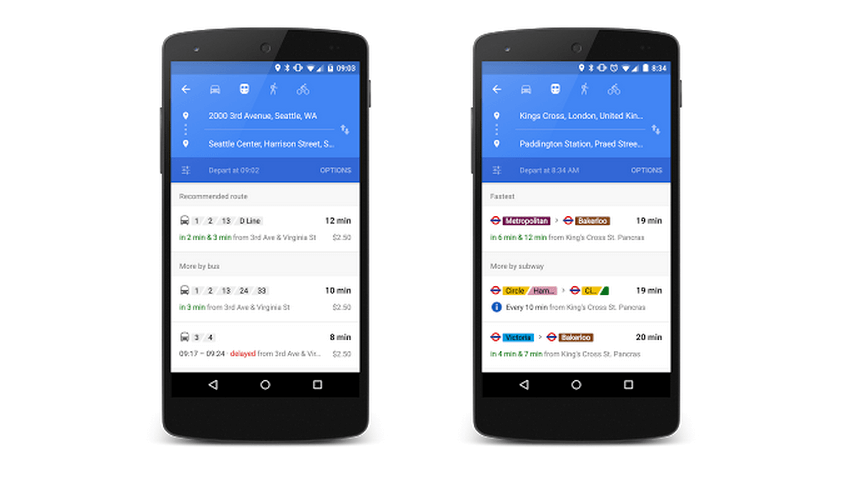 Whether you’re a commuter by chance or by choice, there’s one scenario you can’t escape: getting off at the wrong station. It happens at least once in everybody’s life, when traveling to an unknown location. Even with Google Maps on, it’s easy to get distracted and miss the station – especially since Google’s navigation app offers turn-by-turn directions only in driving/biking or walking mode. That’s about to change as the app will finally offer the same perks to those dependent on public transportation #softwaremagic

Soon, Google Maps will bring real-time guidance and notifications to those traveling by bus or train, according to TechCrunch.  What does that mean? Well, now when you set a destination, the application offers different routes with public transportation. You get details like estimated time of arrival, all the stations you’ll have to pass until reaching the right one and if there are bits of road you have to walk on foot. But there’s no station-by-station navigation. You aren’t effectively told when to get off or switch train.

That’s all about to change if the rumors are true. Maps will keep you informed in the same manner it does for drivers, bikers and pedestrians. By tapping a “start” button on the screen where the transit journey is detailed, live updates will pop up. They will show on your Android lock screen and be heard, as well. Best of all, you won’t need to sacrifice your phone’s battery by keeping the Maps app open for the journey.

Going into unknown territory? The new update will allow Maps to tell you where to get off just in time, so you don’t miss the station.

The company is already testing the feature in its close community, therefore update the app frequently these days so you don’t miss it!