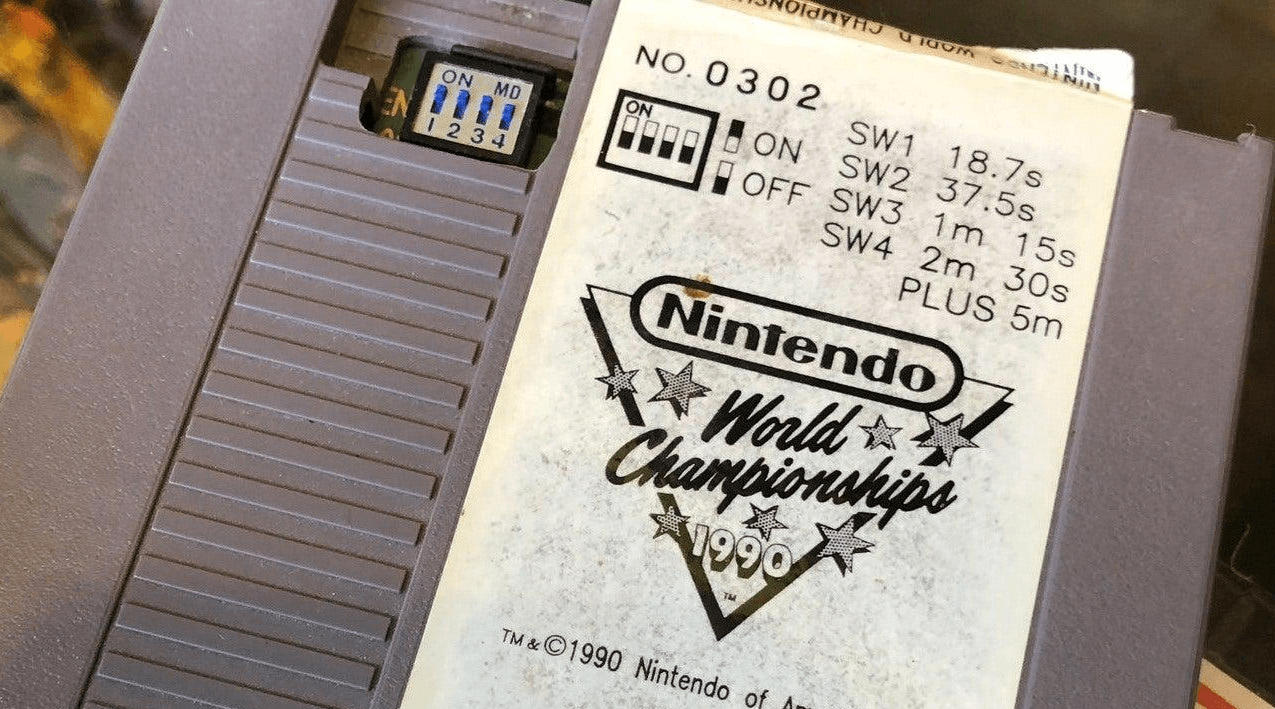 A very a rare $13,000 piece of video game history was recently discovered in a shop in Seattle. The ‘gaming treasure’ was found by chance in a grocery bag of old NES cartridges.

The Nintendo World Championships 1990 cartridge is a collector’s item and there are less than 200 copies worldwide. The cartridge was also manufactured in gold at some point, for the winners of a Nintendo Power magazine contest.

Pink Gorilla Games, the video game retailer specialized in retro and import games was lucky enough to get one of these and the CO owner of the place said that a man in his mid-30s walked into the shop with “a Safeway bag full of the most boring NES games you can imagine.” In an interview with Ars Technica Spencer also mentioned that he was “bored out of his mind”, casually looking through the pile of old cartridges, until he discovered the precious asset.

After opening it up for examination, the cartridge’s authenticity was confirmed, the piece made in 1990 and it is not a reproduction.

Apparently, the person who owns it had no idea of its value. The owner was offered $13,000 for the  Nintendo World Championships 1990 cartridge.

“Literally, we could’ve gotten that [cartridge] for, like, 20 bucks. Or a dollar! He had no idea at all,” Spencer, the owner of the shop added.

Of course, Pink Gorilla had sold the Nintendo World Championships 1990 cartridge in no time, within 24 hours.