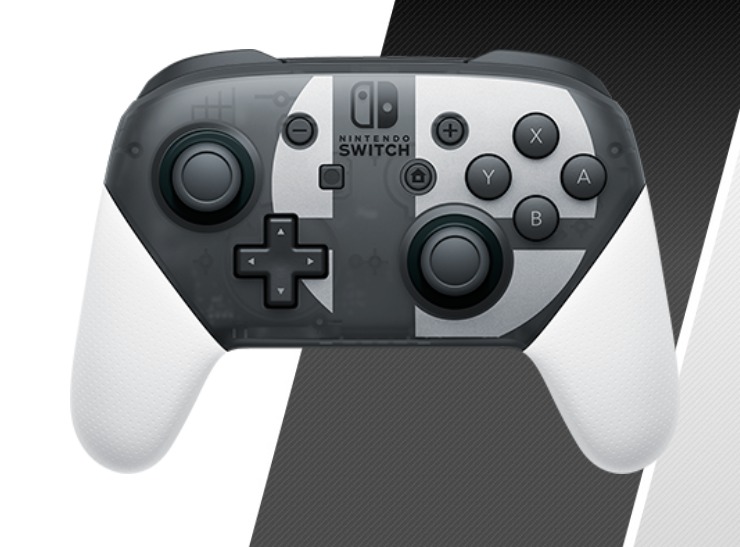 According to an update from the official Smash Bros. website, a limited edition Nintendo Switch Pro controller will be released with Super Smash Bros. Ultimate. It will come bundled together with the special edition of the game but it will also be available for purchase separately.

There’s not a lot of details about the controller or the game available so far but judging by the official image on the website, we can tell it’s a steelbook case in black, with the Smash logo placed on it. Meanwhile, the controller has a simple color scheme of white and translucent grey, alongside the same Smash logo. Shape-wise though, it looks like your standard Switch Pro Controller.

You can pre-order the bundle from Best Buy for $139,99 but the standalone controller has not been priced yet. Usually, Pro Controllers fall somewhere in the range of $70, so that’s around what you should probably expect from it, most likely more rather than less, otherwise it would not make a lot of sense for Nintendo to market it as a special edition controller to begin with.

According to Nintendo, the controller will launch alongside the game, on December 7th.