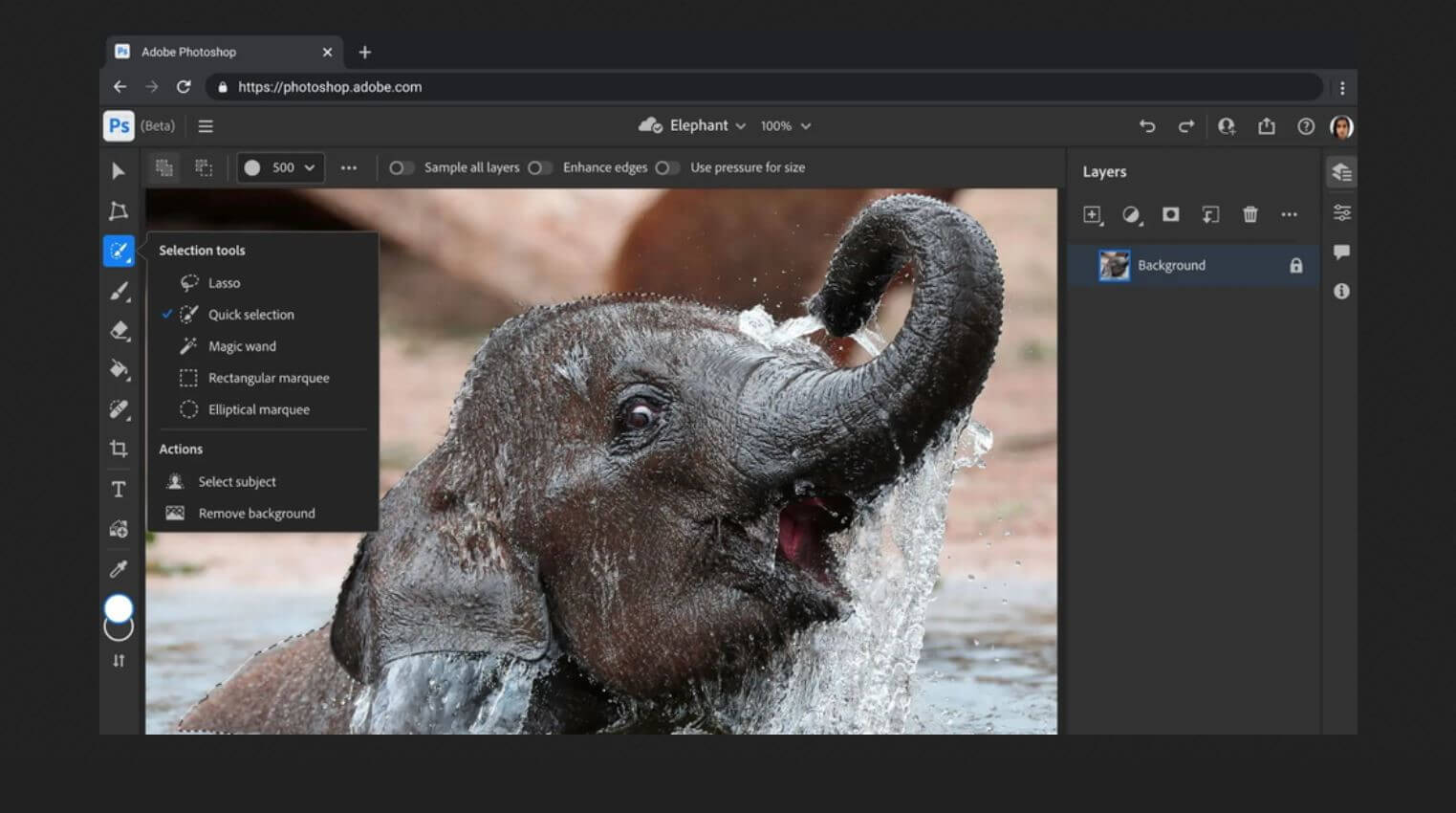 The years of jokes about Photoshop free being available on torrent sites (and the years of having to rely on Photopea to quickly edit photos) are about to come to an end.

Adobe plans to launch Photoshop free on the web for anyone, with a simple free Adobe account as the only barrier to entry.

Just months after releasing a web Photoshop version, Adobe is now testing a “freemium” plan of Photoshop in Canada. During this trial run, anyone who might want to edit a photo can do so as long as they have the free Adobe account.

So, where does the “freemium” part come in?

Initially, Adobe will make Photoshop free on the web for anyone as a way to get more people using its software.

“We want to make [Photoshop] more accessible and easier for more people to try it out and experience the product,” said Maria Yap, Adobe’s VP of digital imaging.

Then, alongside the existing free core Photoshop features, the company will introduce some gated, paid content that will be exclusive for users with a paid subscription.

Right now, there’s no word on when the free Photoshop for the web app will launch worldwide. Based on the speed with which Adobe launched updates in recent years though, we don’t expect to wait too long for it.

Until they launch Photoshop free for the web, Adobe says they’re working on more features for the existing version, like mobile support for reviewing images, the dodge & burn tools and converting Smart Objects.