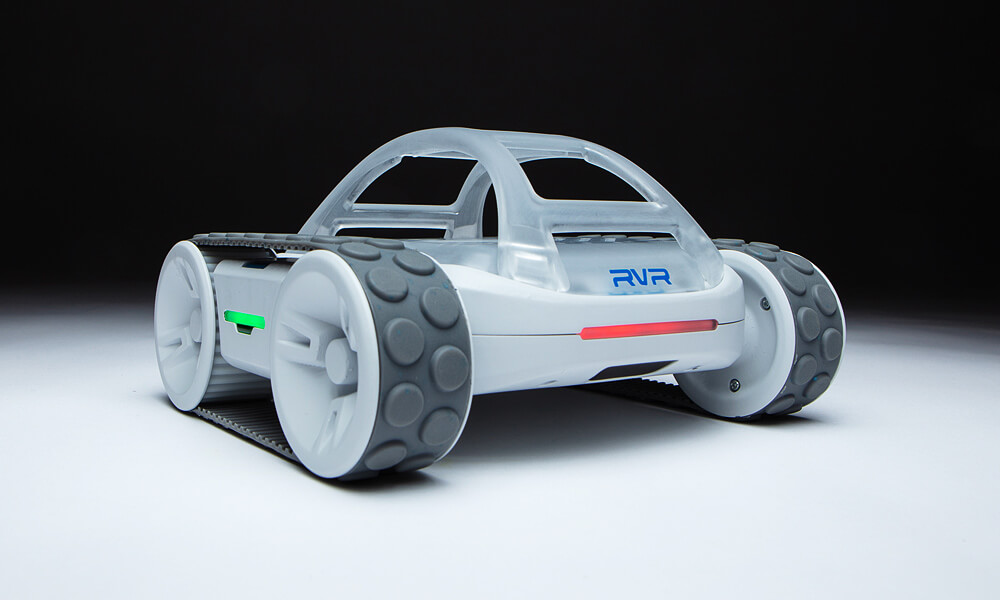 Sphero’s name usually brings to mind robotic spheres or BB-8s that spin around and teach kids to navigate (and hopefully code!) but the company’s latest project is an adorable car.

The Sphero RVR programmable robotic car was one of Kickstarter’s most successful programs and raised over $1 million.

Looking at its specs, it’s easy to see why.

For younger kids, the Sphero RVR can be driven right out of the box, using the Sphero Edu app to control it manually or through basic visual programming.

“Makers of all ages can use the Sphero Edu app to code RVR in multiple forms based on skill levels with Draw & Drive, Scratch blocks, or JavaScript modes,” says Sphero.

For older ones, the same Sphero Edu app is a treasure trove of easily learnable coding skills and the sensors on the RVR allow for pretty much infinite customization.

It has a gyroscope, magnetometer, infrared sensors, light and even color sensors that help it navigate terrain.

Even more, thanks to its 4-pin UART, it can become fun for the whole family, as you can connect it to a Raspberry Pi or Arduino.

In terms of customization, the sky’s pretty much the limit with the Sphero RVR – with enough tinkering, you could even turn it into a tiny Mars Rover for your home.

Oh yes, and Sphero says “RVR’s ambient light, color and 9-axis IMU can send and receive signals to interact with other Sphero robots” so, if you have a BB-8 at home, he won’t be neglected.