After Poco F2 Pro, Here Come The Poco Wireless Earbuds And You Get To Choose The Name 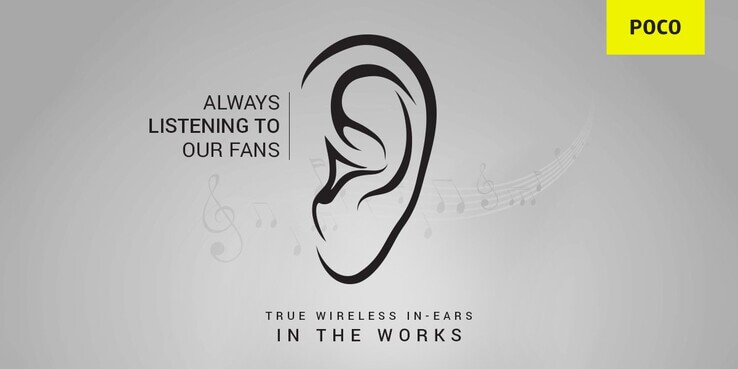 Poco first announced that they were working on their own version of AirPods at the beginning of April after they conducted a poll that revealed customers’ interest in the product.

The exciting part about the upcoming Wireless Earbuds is the fact that you get to choose the name, as the General Manager of Poco India, C. Manmohan, has today revealed in a Tweet, asking for customers feedback.

So far, the company has our for naming variants, Poco Move Buds, Klip Buds, Pop Buds, and Funkz, and still has to choose the final name.

Of course, as we’re still in the name phase, we don’t yet have information on when the Poco-branded earbuds will arrive and whether the product will be available globally.