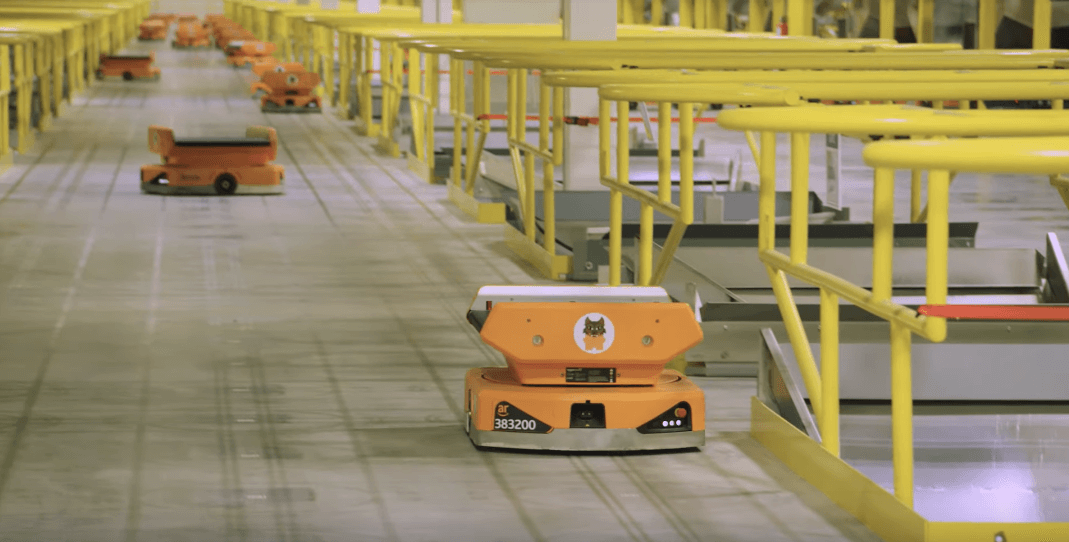 Amazon is no stranger to automation. If anything, the company plans to fill its warehouses and shipping centers with them and has been constantly coming up with new concepts and new machines, as one of its aims is to deliver most of its packages in one day, which means that it needs even more robots than ever before.

Their latest machine to join the ranks of warehouse workers is the Pegasus, a robot that was introduced by the company at the re:MARS conference, which took place Wednesday in Las Vegas.

The Pegasus aims to make the worker’s lives easier by carrying most of the heavy packages around the sortation centers where they will be operating. The robots are  attached to a conveyor belt that drives them to the employees, who place a package on each one of them.

Afterwards, the robots travel to their eject station within the facility, a process that lasts under two minutes, something that their human counterparts wouldn’t have managed to keep up with.

“In developing this, we realized we had an opportunity to rethink the way we designed robotic drives at Amazon,” Brad Porter, head of robotics at Amazon has said during the conference. “Accuracy is super important. If you drop a package off the conveyor and lose half of it for a few hours, sort a package to the wrong destination, or drop it and damage the package, we can’t live up to our customer promise anymore. The results of this new system is that it just works better.”

Amazon has already deployed 800 of the Pegasus units in a few Amazon fulfillment centers and it looks like they have already paid off: the Pegasus has driven about two million miles to date and cut down on the mis-sorted goods by 50%.

“We are always testing and trialing new solutions and robotics that enhance the safety, quality, delivery speed and overall efficiency of our operations,” an Amazon spokesperson said in a statement issued at the re:MARS event “Our new Pegasus drive units help to reduce sort errors, minimize damage, and speed up delivery times. […] We believe that adding robotics and new technologies to our operations network will continue improve the associate and customer experience.”

Altogether, aside from Pegasus, Amazon currently has 200,000 first and third-party robots working in its sorting and distribution facilities and earlier this year, the company deployed around 100,000 robotic systems in over 25 fulfillment centers across the U.S.