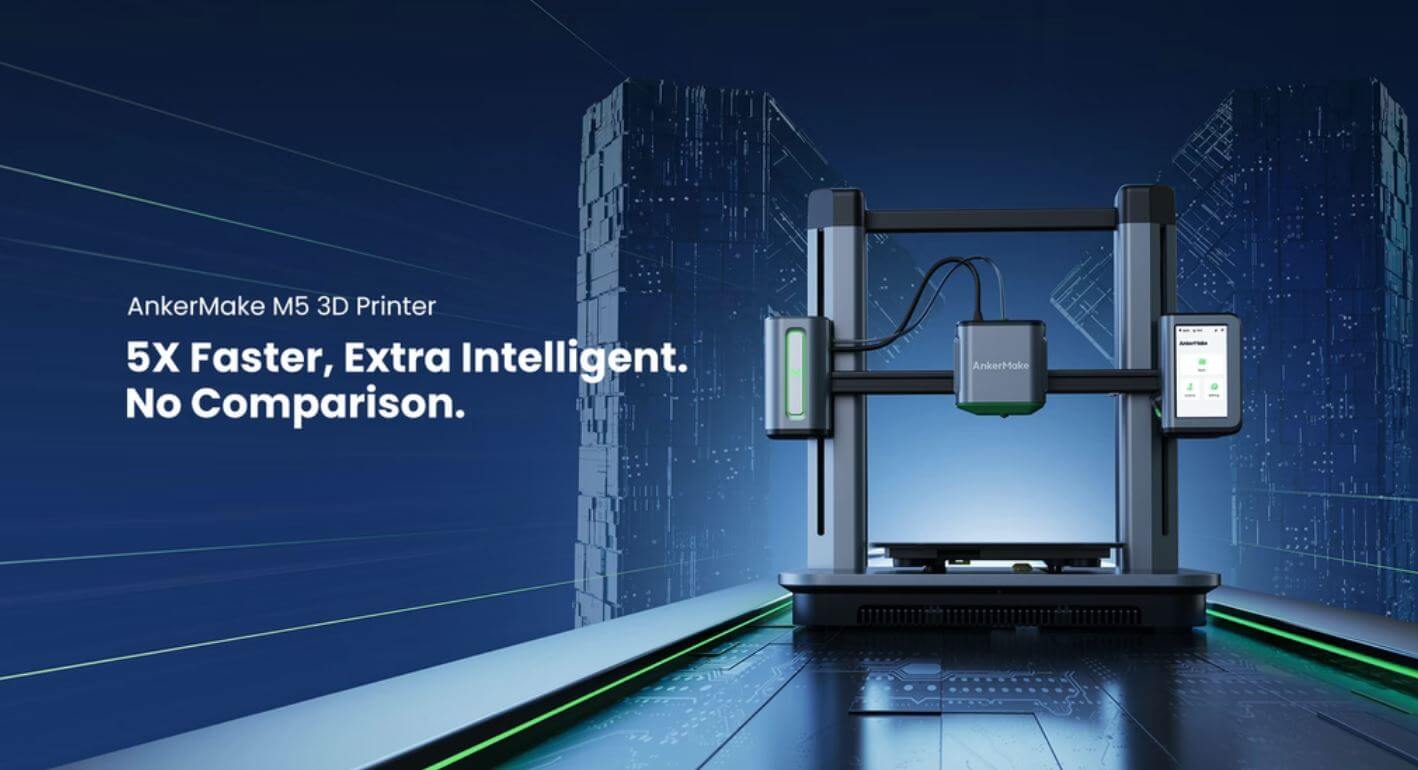 Could this be it, the dream of the consumer 3D printer that’s actually easy and fast?

Anker just introduced their first 3D Printer, the AnkerMake M5, and went on Kickstarter with a super tempting project. If you’re interested in buying a 3D printer, we highly recommend signing up to be notified when the AnkerMake M5 goes live.

Thanks to Kickstarter, the early birds can get the AnkerMake M5 for $429 instead of the $759 or more suggested retail price.

It’s a good deal and an even better one considering how much 3D printers cost in general and especially at a hobbyist level.

How 3D Printing Changed The Way We Build Things

Anker’s Kickstarter promises to cut print time by 70 percent in smooth 0.1 mm detail. Even more, they say setup is super easy. You just take the two halves of the AnkerMake M5 out of the box, connect them using screws. Then, you plug in two USB-C cables and a power adapter and you’re ready to print at that speed.

The AnkerMake M5 also comes with an AI camera to monitor your progress and shut down printing in case there’s a molten plastic snafu. It even records nifty timelapses of your projects and has a one click sharing feature to social media.

According to The Verge, who spoke with an Anker rep, the company is aiming to launch the AnkerMake M5 this September. Until then, keep an eye on this promising Kickstarter project.